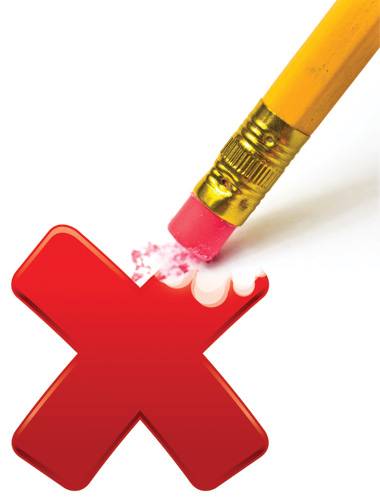 Over the last year, I have been fascinated by the brouhaha surrounding the Science article about a bacterium that was reported to incorporate arsenic in its DNA backbone rather than phosphorus. Part of my attraction to the story is the novelty of the observations, but I have also been interested by the response of the research community. Scientists are, rightly, a skeptical lot, but when unexpected results are reported, it seems that choruses of “nonsense” (or other, more unsavory terms) always arise. What is unfortunate is that disagreements over data interpretation sometimes degenerate into personal assaults on scientific competence.

I learned from personal experience that sometimes the most seemingly wrong data actually turn out to be correct. In my case, the controversy was over the discovery of DNA in amphibian yolk platelets, which are membrane-bound crystalline inclusions in eggs, which contain storage proteins that are degraded during embryogenesis....

Cytochemical studies in the 1930s by the famous Belgian biochemist Jean Brachet showed that DNA was mostly localized in the chromosomes of cells. His later studies indicated that DNA could also be found in yolk platelets, suggesting that it might play a potential role in development. However, in the 1960s, another group of scientists claimed that all DNA in the egg cytoplasm was in the mitochondria, not in yolk platelets. Thus, yolk could not contribute any genetic information during development.

For more than a decade, each group claimed that the DNA detection and platelet isolation methodology of the other was flawed. The controversy escalated to the point where the leader of the anti–yolk DNA group proclaimed publicly at a national meeting, “There is not, there has never been, and there will never be DNA in yolk!”

At this time, I was a graduate student of Robin Wallace’s at Oak Ridge National Laboratory. Robin had shown some years earlier that amphibian yolk was not synthesized by the oocyte, but instead from proteins made in the maternal liver, endocytosed by oocytes, and proteolytically cleaved to form platelets. Because of the endocytic process that gave rise to yolk platelets, a small amount of serum proteins was always nonspecifically included.

Robin had an inspired idea: unlike the red blood cells of mammals, those of amphibians had nuclei. Perhaps DNA released during blood cell turnover could be nonspecifically incorporated into the yolk during endocytosis. Our tests showed that amphibian blood did indeed contain tiny amounts of DNA. Significantly, we found that the amount of DNA taken up by nonspecific endocytosis during the long period of oogenesis was sufficient to explain the amount measured by the pro–yolk DNA group. It seems that the observations that there was DNA in yolk were correct, but it likely had no biological significance. Following the publication of our study, the yolk DNA controversy effectively ceased.

Publishing the study proved difficult because many of the anti-yolk DNAers were not willing to admit they were wrong.  However, a couple of months after our study appeared, we received a nice handwritten note from Jean Brachet, thanking us for putting the issue to rest. He said that he was always willing to admit that his hypothesis regarding the significance of yolk DNA might be wrong, but found it far more difficult to accept questions regarding his experimental skills.

Questioning the technical competence of other scientists is unlikely to resolve any controversy. Unless the yea- and naysayers are willing to work together, technical approaches and experimental systems will always differ and the data will never be equivalent. It is much more productive to test the hypotheses that are suggested by the data and see if they go anywhere. If observations do not lead to new, fruitful areas of investigation, then they are of little scientific utility, regardless of how intriguing they might seem.