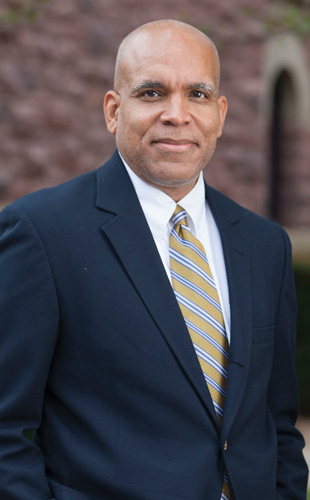 COURTESY OF RAYNARD S. KINGTONA recent occurrence reminded me of the challenges of identity and experience in science. Two years ago, after leaving my job as deputy director of the National Institutes of Health (NIH) to assume the presidency of Grinnell College, I was senior author of a Science paper about differential funding rates between African American and white applicants for NIH grants. Our paper demonstrated that African American scientists are significantly less likely than their white counterparts to receive NIH funding, even when they are similarly qualified.

Our study generated much media attention; and in every news interview I gave on this topic I made two points. First, while our findings suggested that the NIH review system might contain an anti–African American bias that warranted further analysis, I did not believe that review bias, if confirmed, was the major driver of the differential funding rates between African American...

And so I was dismayed by a recent news story on www.the-scientist.com about our report that seemed to prove our point about the existence of such unintentional bias. The story identified me as an “African American scientist,” as have other stories I’ve read over the years.

Is that who I am? And if yes, is it relevant to my research? The Scientist article to which I refer mentioned four scientists—and I was the only scientist who was identified by race. Moreover, the article didn’t mention any other demographic characteristics about me or the three other scientists mentioned in the story—not age, gender, ethnicity, sexual orientation, or geographic location.

By noting my race, the article seemed to me to plant a small seed of doubt about either my integrity or my competence as a scientist. Why am I an “African American scientist” while others are simply “scientists?” Is the implication that an African American scientist is a special type? Do we presume that this type has different views? Even if that was not the article’s intent, the reader’s impression might be the same.

My concern about the identification of my race does not mean I’m not profoundly proud of being an African American who is the great-grandson of slaves. It is because of that pride that I take issue with the disrespectful mention of my racial identity in this context.

I am, in fact, an African American scientist. But that’s not all I am.

Like all scientists, I have worked hard in my career, and I have had the good fortune to benefit from several mentors and advisors, men and women of diverse races, ethnicities, religions, and backgrounds who opened doors for me and offered opportunities to succeed.

Take this one small instance of how a reporter referred to me differently. Change a detail or two, multiply it by the thousands of opportunities for such subtle bias in the day-to-day life of a developing scientist who happens to be of African American descent, let it simmer through several phases of a career, and you could easily produce the kind of federal funding inequalities demonstrated in our paper.

I look forward to the day when all scientists are given equal opportunity—based on objective criteria and equal support and mentoring—to demonstrate their ability to contribute to science. We have so many large societal problems that can be solved only by the rigorous application of scientific methods, and we cannot afford to miss a single potentially great scientific mind. Clearly, as our 2011 paper suggests—and as this recent, seemingly casual reference to this “African American scientist” reminds us—we are still a long way from that day. 

Raynard S. Kington, MD, PhD, is the president of Grinnell College. Before joining Grinnell, he held leadership positions at the National Institutes of Health and the Centers for Disease Control and Prevention.