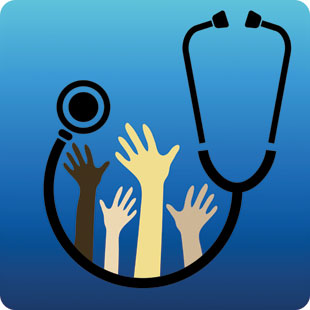 © CZARDASES/ISTOCKPHOTO.COMClinical trials were traditionally conducted using predominately white male subjects. However, the 1993 National Institutes of Health (NIH) Revitalization Act required that all NIH-funded research involving human subjects, including clinical trials, have as diverse a participant cohort as possible, unless there were strongly justifiable reasons to do otherwise (e.g., limiting the study of uterine cancer to female subjects). One of the most significant advantages to the inclusion of diversity in clinical studies is that it enables the early detection of differences in the safety and efficacy of interventions among heterogeneous patient subgroups.

Most clinical trials, as well as large observational studies, now perform an elaborate set of statistical adjustments to account for the impact of key cohort characteristics such as age, gender, and race/ethnicity on study outcomes. Despite these sophisticated analyses, it is still uncertain whether these characteristics can accurately predict treatment response in an individual patient....

The concept of race

The concept of race has been widely propagated since Carl Linnaeus published Systema Naturae in 1735. The father of modern taxonomy proposed four distinct racial groups for human beings—American, European, Asian, and African—that encompassed not only physical characteristics and geographic origin, but also personality traits, skills, and abilities. This classification has become institutionalized with little awareness that the variable “race” is not actually a biological phenomenon: there is more genetic variation within these racial groups than across them. Rather, the notion of race is a social construct.

Despite a pervasive belief that race represents clear-cut and genetically distinct groups of people, there is no evidence that it is associated with any personality traits, skills, or abilities. The US Office of Management and Budget (OMB) defines race as a set of self-identified racial/ethnic classifications, and many researchers argue that it is a crude tool in medical genetics.

However, while race itself is not a biological variable, groups that self-identify as a given race may share biologic characteristics that originated as a result of shared ancestry. For example, persons of African descent in the United States who self-identify as black or African American are more likely to have certain biologic traits that were ancestrally protective in Africa, such as heterozygosity for sickle cell disease, which helps to protect against malaria, or the newly described APOL1 gene, which protects against trypanosomiasis (Science, 329:841-45, 2010). Of course, the allele that conveys malaria protection in heterozygotes causes sickle cell disease in those carrying two copies, and persons homozygous for the protective form of APOL1 are at increased risk for kidney failure. Thus, in settings where malaria and trypanosomiasis are rare, these biological traits are disadvantageous and may impart adverse health consequences.

While race itself is not a biological variable, groups that self-identify as a given race may share biologic characteristics that originated as a result of shared ancestry.

Other examples of biology correlating with race include the disparity among racial groups in the incidence of adverse effects noted with the use of angiotensin-converting enzyme (ACE) inhibitors, a class of drugs commonly used to treat hypertension and congestive heart failure. When these drugs are used, there are higher rates of angioedema in blacks than nonblacks, and higher rates of medication discontinuation owing to drug-induced cough in both blacks and Asians. More recently, colleagues and I reported racial and age differences in mortality rates for persons with end-stage renal disease treated with dialysis: most US minorities, especially at the higher end of the age spectrum, paradoxically showed increased longevity (Clin J Am Soc Nephrol, 8:953-61, 2013). Further, Cassianne Robinson-Cohen at the University of Washington and colleagues found that lower serum vitamin D concentrations were associated with an increased risk of coronary heart disease among white or Chinese participants, but not among black or Hispanic participants (JAMA, 310:179-88, 2013).

The role of race in medicine

These and related findings clearly support the presence of race-related variations in disease risk, disease progression, treatment response, and treatment-related side effects. As such, there remains an important role for race/ethnicity, as a marker for ancestry and often for culture, as well as other sociodemographic traits, in characterizing patients with respect to medical care. These variables can be helpful in understanding key aspects of health beliefs, health behaviors, access to care, and likely response to therapeutic interventions.

At the same time, we must be mindful that generalizations filtered through the lens of race/ethnicity and other sociodemographic factors should not be used indiscriminately. In the setting of increasing admixture within and across racial/ethnic groups in a diversifying United States, there is a lack of concordance between today’s patients and traditional racial stereotypes. Fortunately, genomic data are already beginning to predict disease risk and treatment response, and advances will no doubt continue to improve their accuracy. The ultimate goal is to arrive at a point where medicine becomes so personalized that it is driven from a “fingerprint” of one’s biologic makeup, not from racial typecasting.

We are still several steps away from such a reality. For now, the inclusion of race and ethnicity in medical research, like age, gender, and other characteristics, inches us closer to a system of personalized medicine that will truly embrace the multiple dimensions that influence our health and well-being. 

Keith Norris is a nephrologist at the University of California, Los Angeles. He was the founding principal investigator for the first NIH–funded national translational research network dedicated to reducing health disparities, and he currently serves as the editor in chief of Ethnicity and Disease and as an associate editor for the Journal of the American Society of Nephrology.