Artificial intelligence has the potential to revolutionize healthcare. Machine learning (ML), a form of AI that uses algorithms to simulate aspects of human decision making, has gained a lot of attention in recent years. While the potential application of ML to healthcare is broad, many recent breakthroughs have been in the realm of image-driven diagnostics.

The diagnosis of cancer, particularly solid tumors, relies heavily on the visual interpretation of histologic slides by pathologists who use their experience in pattern recognition to render a diagnosis. This is a difficult and time-consuming skill for humans to master, but an ideal task for ML technology, which can use thousands to millions of images to train algorithms in a relatively short period of time. Given the ability to “learn” from large amounts of data, ML-powered systems hold promise for delivering faster and more-consistent cancer diagnoses.

See “Artificial Intelligence Sees More in Microscopy than Humans Do”

The technology has important limitations, however. The reliability of ML algorithms depends on the validity of the data on which they are trained. In the diagnosis of cancer, this means a reliance on data that are correctly labeled with the ground truth about what is and what is not cancer. Unfortunately, disagreement among pathologists exists concerning what constitutes cancer. Numerous studies have shown that diagnostic agreement among pathologists is often poor across various tumor types, including prostate, thyroid, melanoma, and breast, particularly in cancer’s early stages.

The lack of a gold standard in cancer diagnosis is a well-known problem that has important implications for the use of image-driven, ML-powered diagnostics. In fact, ML technology could further expose the problem. Researchers and physicians eager to make ML-powered cancer diagnosis a clinical reality are concerned that the technology’s reliance on pathologists as an external standard could lead to an increase in overdiagnosis—the diagnosis of disease that meets the pathologic definition of cancer but never would have caused morbidity or mortality in a patient’s lifetime.

The hope for ML-driven cancer diagnostics is that one day doctors could intervene in the early stages of disease and avoid death related to cancer. However, this hope relies heavily on the presumption that pathologists can correctly identify early cancers that are destined to be lethal to patients. Mounting evidence of cancer overdiagnosis suggests that this may not be the case. In fact, AI may worsen the problem by increasing our ability to diagnose slow-growing, non-lethal cancers.

One potential solution could be to train ML algorithms using histopathology images divided into three categories: total agreement on the presence of cancer, total agreement on the absence of cancer, and disagreement on diagnosis. The placement of images into these categories would be based on the assessment of a diverse panel of pathologists. The disagreement category could be a subject of study for researchers on the natural history of cancer. It may also be useful for clinicians
and patients who may want to consider less-aggressive treatment for the lesions in the gray area of pathologist disagreement.

The use of ML technology in healthcare is still nascent, but like any other technology, it needs to be adequately vetted before it is widely adopted, given the potential for unintended harms such as overdiagnosis. Hopefully, prospective randomized trials can be performed in order to assess the effect of ML on cancer diagnosis. The focus for ML in cancer diagnosis should not just be on finding more cancers, but also on finding cancers that kill people.

Adewole S. Adamson is a dermatologist and assistant professor in the Department of Internal Medicine at University of Texas at Austin Dell Medical School. He is a health services and health policy researcher, and his primary clinical interest is in caring for patients at high risk for melanoma. Follow him on Twitter @AdeAdamson. 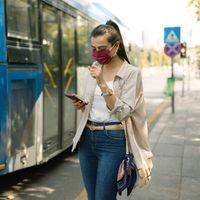