The COVID-19 pandemic has probed and exposed gaping fissures in the global healthcare landscape. There have been dramatic failures in the capacity to care for the affected, in the ability to diagnose, in prevention, and in intervention. Among the many astounding observations about the pandemic and the world’s response to it has been the consistent differential effect of SARS-CoV-2 on different communities and populations.

In the United States, COVID-19 has been more widespread and injurious among people of color, particularly among African American and Latinx people. Epidemiologists made this observation soon after the virus’s introduction to the country, and the pattern has held up in metropolitan areas as diverse as Houston, New York City, and Seattle. Reports ascribe the difference to the higher prevalence of underlying disease such as diabetes, hypertension, and heart disease in these populations. That comfortable explanation, while true on its surface, does not go far enough to explain the disproportionate rates of infection.

Research inspired by epidemiologist Michael Marmot’s pioneering Whitehall studies of British civil servants from the 1960s and 1980s have consistently demonstrated a clear relationship between socioeconomic status and health outcomes, independent of other risk factors, such as chronic disease or smoking. Thus, while the presence of chronic disease in disadvantaged populations is part of the reason for COVID-19’s unequal effect, other biological factors are likely also at play. “Allostatic load” is a useful construct to describe the cumulative effect of stressors affecting human biology. Introduced and developed by neuro-endocrinologist Bruce McEwen and physiological psychologist Eliot Stellar in 1993, allostatic load seeks to quantify the physiological effects of chronic stress. As the body attempts to maintain homeostasis in a stressful situation, its neuro-endocrine system releases elevated levels of certain hormones. Over time, these fluctuating and heightened cellular-level biochemical responses damage immune, cardiovascular, and other systems.

External stressors can come from degraded and inhospitable environments, pervasive violence, or constrained resources. Major life events such as illness and the death of a loved one contribute to allostatic load, as does personal trauma, both physical and psychological. Contrary to the old saw, “What doesn’t kill you makes you stronger,” the additive effect of social, economic, environmental, and disease stressors promotes vulnerability to disease and dysfunction. High allostatic load scores are consistently associated with increased all-cause mortality in adults. Individuals from lower-income communities, with higher allostatic loads, can reasonably be expected to have an impaired immune response to novel pathogens such as SARS-CoV-2.

Research has suggested that a number of biochemical processes, and even the physiology of organs, can change as a consequence of socioeconomic stress. Animal models have homed in on specific features of biology responsive to persistent physical, psychological, and social stress, from the hippocampus in the brain to neuro-
endocrine and immune systems, and these provide insight into how socioeconomic status, as represented by increased allostatic load, can reverberate into susceptibility to infection among people.

Likewise, very similar findings from human studies support this biological response to social stress. Some studies have even linked environmental exposures and health disparities with epigenetic modification, such as DNA methylation. At the cellular level, stress is reflected in responses that lead to stress of the endoplasmic reticulum, which in turn causes cell senescence and regulated cell death. This phenomenon can have distant, pernicious effects on physiological function.

Science is developing an understanding of how social and environmental stressors exert a significant and interconnected effect on both animal and human populations. These cumulative factors can lead to increased susceptibility to infection. In sum, social factors such as discrimination, lack of access to healthcare, and economic inequality increase allostatic load, in turn providing a convincing argument for a biological contribution to increased susceptibility to infection and worse outcomes among underresourced populations. Of course the higher prevalence of chronic non-communicable diseases contributes to higher COVID-19 rates and worse outcomes in people of color, but the presence of chronic disease alone is not sufficient to explain the disparity. Furthermore, as allostatic load is a linking
factor in the prevalence of underlying disease in disadvantaged populations, the explanation for why people of color have increased susceptibility to the ravages of SARS-CoV-2 may be just as much related to the effect that social inequality has on biology as to the biology of chronic disease itself.

Emerging infectious threats thus propagate a cycle of vulnerability, due in large part to the complex interactions between epigenetics and the social determinants of health. A strong and humane public health strategy will take into account the entire life course and intergenerational issues, as well as directly contributing ecological and etiological factors. Failing to understand these propulsive factors in pandemics will condemn us to repeat this sad episode.

Matthew Dacso (@DrMattDacso) is a general internist and a professor in the department of internal medicine at University of Texas Medical Branch in Galveston and is Director of Academic Partnerships for the university’s Center for Global and Community Health. Clifford Dacso (@cdacso), Matthew’s father, is a professor at the Baylor College of Medicine in Houston, Texas, and is the scientific advisor of the Institute for Collaboration in Health in Houston. Kara McArthur is executive director of the Institute for Collaboration in Health. 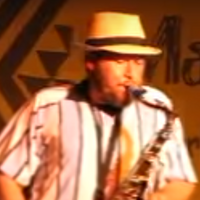