The plant awareness revolution will be led by poets, philosophers, and hipsters; not just scientists.

The Great Chain of Being is an ancient and intuitive idea. Just as we naturally order a rack of screwdrivers according to size, head type, and magnetism, Platonic philosophers imposed an order on things found in the natural world. They used properties such as being alive, possessing a soul, and moving around to arrange all living and non-living things into a divinely ordained hierarchy. In the various scala naturae that have been contrived, plants always linger somewhere just above rocks. Plato’s star pupil Aristotle once counseled Alexander the Great to deal with barbarians as though they were plants. Neither, he believed, had much of a soul to speak of.

A modern Aristotle, navigating the transition from papyrus to Twitter, might well be diagnosed with “plant blindness.” This handy neologism, coined in 1999 by researchers Elisabeth Schussler and James Wandersee, describes the tendency of people to simply edit plants out of their daily observations. An average person spying a forest meadow blanketed with a hundred grass and herb species, bordered by megatons of forest trees, sedges in the rivers, ferns in the undergrowth, and moss pillows creaking as they give way underfoot, is painfully liable to remark only on the solitary gray pigeon sleeping on a distant branch.

Plant blindness describes the tendency of people to simply edit plants out of their daily observations.

This complaint, coming from a botanist, might be unfair to ornithologists, who see in that pigeon a wealth of fascination: the bioengineering challenge of powering flight alone is gloriously met as only evolution can, the bird’s hyper-efficient heart and air intake systems supercharging its flight muscles with oxygen while simultaneously providing convection cooling for the whole mechanism. Incidentally, the forest trees meet a similar fluid transport challenge, as they lift several hundred kilograms of water 10 or more stories up from the soil to the canopy each day without the aid of moving parts. Evolution’s solution in this case consists of tiny, unbroken tubes of immense strength that run the entire vertical length of the trunk. Water at the top evaporates, and the capillary effect moves more water up the tubes to replace it. A forest tree emits a chorus of ultrasonic pops and cracks as the tension within the tubes occasionally tears the water molecules apart, spontaneously giving birth to a pocket of steam deep within the trunk.

Compared to the bird’s air-cooled, supercharged engine, the plant’s trick for moving fluid is elegant, microscopic, and altogether more subtle. But it is overwhelmingly majestic. Almost every plant, from pavement-crack daisies to giant redwoods, is doing it; it’s just something that normally escapes our notice. Plant blindness has worrying practical effects in terms of funding opportunities, research investments, and conservation policy. But I consider its saddest effect to be the missed opportunities for calming consideration and quiet admiration.

Humans haven’t historically concerned themselves daily with diffuse issues such as global conservation strategy, or esoteric issues such as equity in science funding. But even old Aristotle recognized that we are constantly concerned with our own more-immediate anxieties, stress, and listlessness. Turning plants—objects of serene beauty, complexity, calm, and ubiquity—into focal points for familiarity and fascination is a salve that can serve us in almost any place at any time.

These days, there are many blog posts and podcast episodes that address and attempt to heal plant blindness. Education on the psychological, ecological, and philosophical benefits of plants is key. This is a point of universal agreement among plant enlighteners. And no one is better placed to appreciate this than Regis University’s Catherine Kleier, whose enthusiasm for plants has infected many via her popular lecture series on Audible.

Kleier told me that an important first step in acquainting oneself with plants is similar to meeting people: you have to learn their names. Not the full Latin name of every last species. Knowing a few family names will suffice. “Just to be able to say, ‘That’s an aster,’ or to tell a fir from a pine. They become like someone you recognize.” Asked what her students are most struck by, Kleier answers that most of them simply “never realized how much plants actually do.” 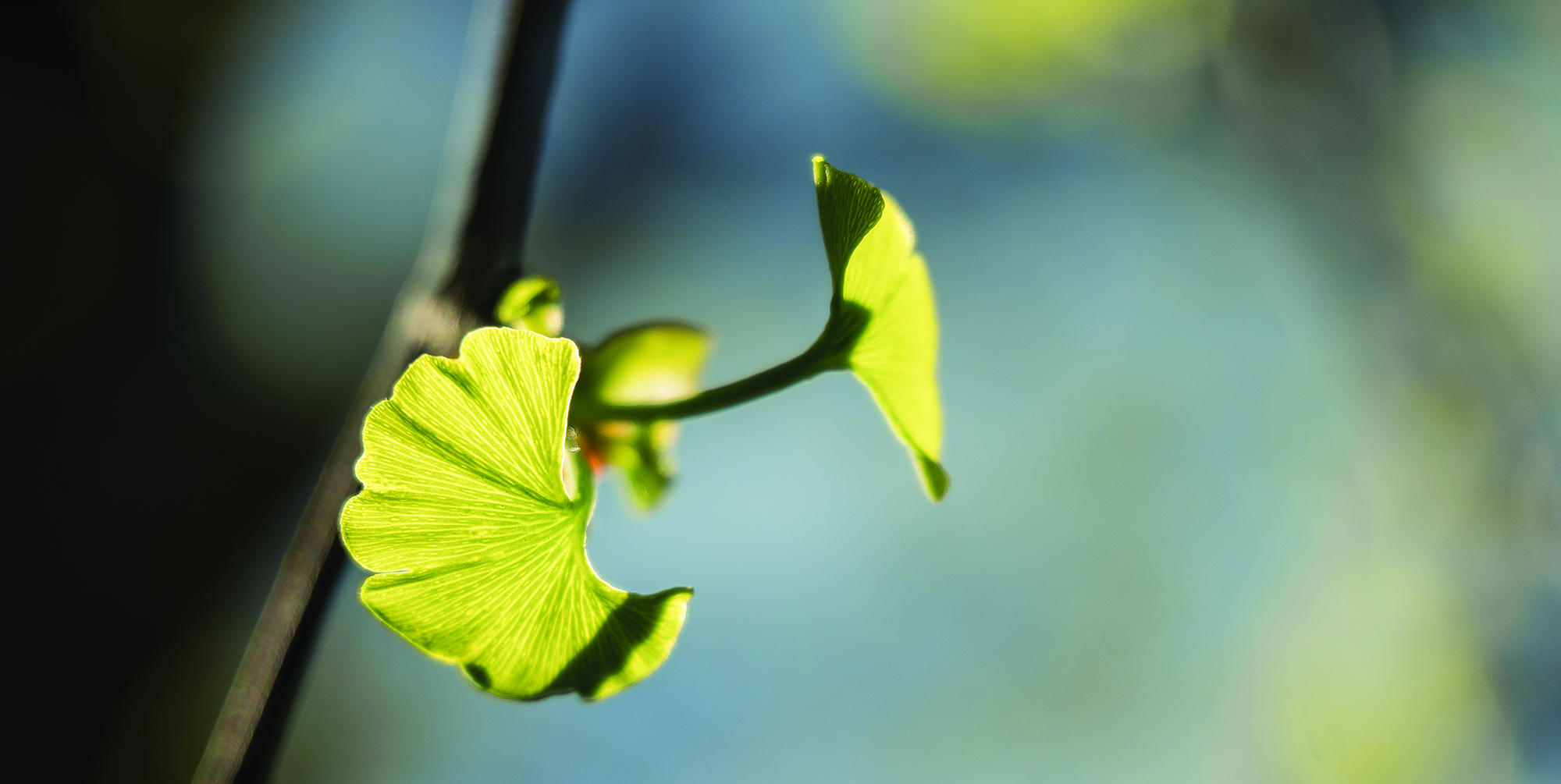 What plants do is grow, survive, travel, reproduce, and navigate social struggles. These activities are, incidentally, the episode headings of David Attenborough’s 1995 documentary The Private Life of Plants, beloved by botanists for its use of time lapse videography to show plants doing: the explosion of feathery samaras from the head of a dandelion, the snaking vine feeling its way up a doomed victim’s trunk, the technicolor wave of a deciduous forest’s traffic-light progression from green to yellow to red in autumn. The scenes focus mostly on plants that explode, wilt, catch flies, or otherwise move like an animal. Or the videographers document pollination and seed dispersal so that the subject becomes the bat doing the pollinating or the ostrich carrying the seed. In a ploy to capture the attention of a broader audience, the plants are made to be more exciting, more striking, and in a way, they are animalized.

But excitement and observable dynamism aren’t qualities plants excel at above other things—it’s those subtle and sober qualities. The plant-enlightened aren’t disappointed that plants are effectively immobile at normal human time-scales—on the contrary, we like it that way. Strangely, documentaries showing moments of animal glory do the opposite, and freeze the breaching whale in time with droplets of water shed by its fins suspended in elegant arcs. We’re intrigued by the intimate detail obscured by movement. Plants save us the trouble of needing modern film equipment to achieve it.

Addressing plant blindness has typically been driven by botanists, but even as a plant scientist, I am delighted to see this changing. The benefits of plant appreciation extend far beyond the geeky complexities and global concerns that scientists are—rightly—prone to emphasize. The University of Adelaide’s Laura Ruggles has written extensively on plant blindness, and describes a healthy human-plant relationship as an “anchor” that moors humans in their surroundings. Ruggles is a philosopher whose essays shed a revelatory light on plants by weaving together the spreadsheets-and-scatterplots work of empirical scientists with concepts that people traditionally think of as animal-esque, such as behavior and consciousness. She and Kleier both emphasize the role of mentorship in spreading plant awareness, and Ruggles’s many examples stretch beyond the lecture hall or the expository documentary. She points to urban gardening groups, hipster art blogs, photography meetups, short story compilations, and even Twitter’s #wildflowerhour (trending every Sunday night at 8:00 PM GMT). These expressions of plant appreciation suggest that the serenity of contemplating bark and chlorophyll really does exert a welcome pull on people’s orbits through a frenetic modern world. Struggling in a tangle of countless appointments and emails, we can respire slowly and let our minds drift beneath the buildings and pavements, where the roots of trees that began life before there was a city penetrate the earth below its foundations. The roots still pull groundwater up their trunks, toward the leaves they built last year from condensed atmospheric gas, some of which we ourselves exhaled. And after so many centur-ies they are still holding that column of water erect until it evaporates to make clouds, and then rain.

Many thanks to Catherine Kleier and Laura Ruggles for their time and insights.

M. Timothy Rabanus-Wallace is an agricultural geneticist from South Australia, currently working at the Leibniz Institute of Plant Genetics and Crop Plant Research in Gaterseleben, Germany. Follow him on Twitter @mtrw85.