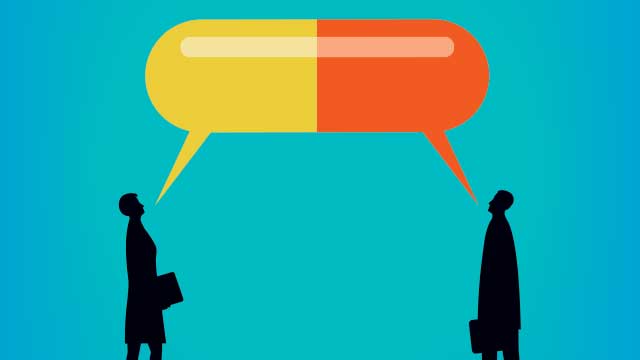 Drug approvals by the US Food and Drug Administration (FDA) dropped dramatically in 2016—down by 57 percent over the year before. While some of this decline was due to a record number of approvals in 2015, only 22 novel drugs were approved last year—fewer than in each of the previous five years. Striving to make returns on their investments—to gain FDA approval for a novel therapy averages around $2.6 billion and 10 years—pharmaceutical companies sometimes hike drug prices to offset low productivity. Prescription drugs are the fastest growing health-care expense, with costs increasing by 9 percent from 2014 to 2015, according to the latest report from the Centers for Medicare & Medicaid Services (CMS).

In addition to translating to high medication prices for patients, the exorbitant cost of drug development can result in many other unwanted outcomes. First, it can financially strain small biotechs to the point...

Although the FDA has made efforts to reduce drug development costs and offers incentives for pharma to develop less-profitable drugs, such as those for orphan diseases, many in the industry believe these steps have not made a significant financial impact. As we go to press, President Donald Trump is considering appointing Jim O’Neill, among other candidates, as the new head of the FDA. As managing director of Peter Thiel’s Mithril Capital, O’Neill has publicly proposed eliminating the FDA’s requirement for Phase 2 and 3 trials, in an effort to lower drug development costs.

Clinical trials can cost up to $4 billion dollars and take 10 to 15 years. Fewer than 10 percent make it to market.

Among other things, O’Neill favors “progressive approval” of drugs, similar to the methods employed in Japan, where medicines can be approved following proof of safety. Once a drug is in use, companies in Japan move to a Phase 4, post-market assessment to monitor their patients and regularly disclose efficacy data.

We argue that eliminating Phase 2 and 3 clinical trials would be unwise for a number of reasons. Chief among them, testing drugs in fewer than 100 healthy volunteers—as is done in a typical Phase 1 trial—is not sufficient for identifying health risks in a target patient population. Moreover, Phase 2 trials, for conditions other than oncology, are not that expensive because they involve a limited number of patients. The costs of Phase 3 randomized control trials, in contrast, are high, in part because they require the recruitment of hundreds or thousands of patients, often across multiple states and countries, and require a lot of time in assessing a drug’s efficacy.

In lieu of eliminating late-stage trials, there may be other steps that the government can take to address the current regulatory challenges. First, pragmatic and adaptive trial designs could help reduce the numbers of research subjects needed to test a drug and increase the likelihood that trial data are generalizable to the patient population that will use a drug following FDA approval. Currently, many trials are conducted on highly specialized patient populations—for example, healthier and younger than typical patients—causing concerns about the quality of our medical evidence at the time a new drug is introduced to market.

Second, the FDA could explore reducing the use of animal models in preclinical research. Currently, the FDA requires extensive and sometimes expensive animal trials before entering human studies. While such experiments often detect unwanted side effects, many animal models of diseases are poorly translated into successful human trials. As human organoid technology continues to be developed and improved, these human mini organs may prove to be a better and cheaper model system to test the effects of drugs instead of using expensive and often inaccurate animal models.

Third, academic institutions and pharmaceutical companies should be required to publish the results of all clinical trials within one year of a trial’s primary completion date and to make their patient-level data available to all researchers and physicians. Currently, only 57 percent of trials for new drugs are registered and only 65 percent have publicly disclosed results. Fostering more open science is likely to save money and spur innovation, as researchers learn from the lessons of others and avoid duplicating costly trials.

Fourth, greater adoption and integration of electronic health records with research protocols could help identify new uses for existing drugs, by enabling researchers to collate data on off-label use, for example, and expedite approvals for these indications. The savings that come with repurposing existing drugs can be dramatic: thalidomide, originally approved in Europe in the 1950s as a sedative and in the U.S. in 1998 to treat leprosy, gained FDA approval for the treatment of multiple myeloma in 2006 for less than $80 million.

Last, Congress could explore creating or partnering with an offshoot-pricing agency for new drugs, separate from the FDA and similar to the U.K.’s National Institute for Health and Care Excellence. This agency could monitor drug prices and help assess their overall value, comparative effectiveness, and cost-effectiveness. The Institute for Clinical and Economic Review may be a potential partner. The organization is creating value-based price benchmarks based on the benefits a new drug brings to patients. Last year, PhRMA, the US pharmaceutical trade association, developed principles to guide value assessment frameworks.

There is no doubt that, in general, the FDA has been successful in providing a reliable method for companies to bring new drugs to market. As expensive biotechnology begins to introduce new drug therapies, the agency should consider innovative ways to lower the costs without jeopardizing the safety of patients.