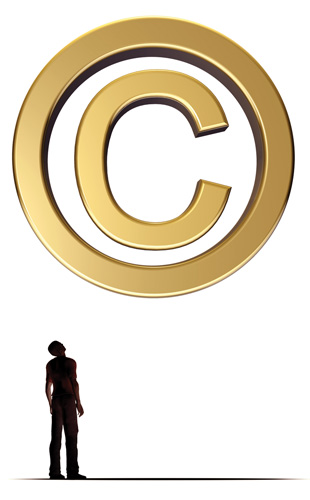 © ARTPARTNER-IMAGES/GETTY IMAGESUpdate: This article outlining the background of the Myriad Genetics case and its implications for the scientific community was written for the July issue of the print magazine, which went to press before the June 13 Supreme Court decision to ban the patenting of human genes. Author Joan Ellis updates her position here:

Last week’s unanimous Supreme Court decision that genes and the information they encode are not patentable was hardly surprising. The Court simply maintained its long established position that products of nature “lie beyond the domain of patent protection.” The Court's holding that cDNA is patent eligible and its explicit statement that it was not passing judgment on methods of using, isolating and manipulating genes means that the biotech and pharmaceutical industries should not be severely impacted. These companies can continue to develop and protect diagnostic assays, therapeutics, etc. that use DNA. After all, the...

On April 15, the US Supreme Court considered for the first time whether or not human genes can be patented. While it is never possible to predict the outcome of any case, most Court watchers believe, based on the questions the justices asked during the oral hearing, that genomic DNA will be deemed unpatentable, overturning the holding of the lower court. The justices expressed less skepticism about the patentability of cDNA sequences, which lack the introns present in genomic DNA.

The Supreme Court has long held that certain subject matter is not patent-eligible. Patent-exempt subject matter includes laws of nature, natural phenomena, and abstract ideas. In the last 3 years, the Supreme Court has thrice considered this issue: in 2010, for a method of hedging risk in trading commodities (Bilski v. Kappos); in 2012, for a method of optimizing the efficacy of a drug (Mayo v. Prometheus); and most recently, for Myriad Genetics’ rights to hold patents on two genes, BRCA1 and BRCA2. In the two earlier cases, the justices reversed the US Court of Appeals for the Federal Circuit (Federal Circuit), declaring the methods unpatentable. A ruling on the Myriad case is expected this summer.

In 1994 and 1995, respectively, researchers at Myriad Genetics, based in Salt Lake City, Utah, filed for patents for the BRCA1 and BRCA2 genes, mutations in which are associated with a predisposition to breast and ovarian cancers. Women carrying BRCA mutations are said to have a 50 to 80 percent cumulative risk of developing breast cancer and a 20 to 50 percent risk of developing ovarian cancer. Thus, the discovery of these gene mutations and methods for diagnosing them are of paramount importance to millions of women worldwide.

The claims in the disputed Myriad patents are directed to isolated DNA sequences that are identical to the naturally occurring BRCA1 and BRCA2 genes, and to shorter isolated DNA sequences that include cDNAs and small, 15-nucleotide DNA fragments. The case began in 2009 in the US District Court for the Southern District of New York when Myriad Genetics was sued by a group of doctors, patients, and medical organizations, represented by lawyers for the American Civil Liberties Union (ACLU).

To the astonishment of the biotech and patent communities, Judge Robert Sweet ruled that the isolated DNA sequences were unpatentable “products of nature.” Myriad appealed to the Federal Circuit, arguing, among other things, that DNA isolated from the human body “differs markedly” from naturally occurring DNA and that, unlike native DNA, the isolated BRCA DNA can be used for other purposes, such as probes for diagnosing cancer.

Writing for the Federal Circuit majority, Judge Alan Lourie agreed with Myriad, holding that isolated BRCA1 and BRCA2 DNAs do differ in chemical nature from BRCA DNA as it exists in the human body. Judge Lourie pointed out that in the natural state, the BRCA genes exist on chromosomes in close association with proteins known as histones, and that when DNA is isolated from its native environment, the structural association between the DNA and the histone proteins which package it as nucleosomes is altered. Furthermore, the covalent bonds within the DNA backbone of the chromosome itself must be broken, he wrote in his opinion. The structural alterations and the cleavage of these covalent bonds constitute chemical manipulations that require human intervention and result in a new, chemically distinct composition, he concluded. As a result, the court found that both the full-length DNA sequences and the shorter 15-nucleotide fragments were not products of nature and were thus patentable.

With respect to the cDNA claims, Judge Lourie found that these were directed to non-naturally occurring, man-made DNAs that lacked the noncoding sequences (introns) present in the native BRCA genes. Accordingly, he concluded that they, too, were patent eligible.

Judge Lourie also noted that the US Patent and Trademark Office has issued patents on human genes for more than 30 years. He argued that it was up to Congress, not the courts, to change the status quo by passing legislation to prevent DNA sequences from being patented.

However, Judge William Bryson dissented, arguing that “breaking covalent bonds or isolating a gene from its natural setting does not turn DNA into a human-made invention any more than plucking a leaf from a tree would convert it [the leaf] into a man-made composition.”

The Supreme Court has now twice granted certiorari for the Myriad case, and is presumably eager to weigh in on this issue. There is no end to the speculation on how it might rule. It is indisputable that the full-length BRCA nucleotide sequences, and smaller fragments thereof, covered by the patents are identical to naturally occurring DNA sequences. The question is whether the Court will agree with the Federal Circuit that DNA in its natural state differs chemically from “isolated” DNA.

Without doubt, a finding by the Court that human genes are products of nature, and therefore not patent eligible, would have a devastating impact on the biotech community. The biotech industry was spawned with the advent of recombinant DNA technology in the early 1980s. As a result, treatments, diagnostic assays, and gene therapies have been developed for countless diseases and disorders. Without patent protection, many believe that innovation in scientific fields that rely on the discovery and use of DNA would come to a screeching halt because there would be less incentive to invest in these areas. Interestingly, Supreme Court Justices Scalia and Kagan expressed similar sentiments at April’s oral hearing.

However, even if the Court rules that human genes cannot be patented, methods of using the genes in a novel manner still would be patentable. While many commentators have argued that diagnostic methods are no longer patentable in view of the aforementioned Prometheus case, this is not necessarily true. In fact, in Prometheus, the Court specifically reiterated its position that “a process is not unpatentable simply because it contains a law
of nature or a mathematical algorithm.”

More importantly, the Myriad patents included claims regarding methods of using the isolated DNA sequences to screen for potential therapeutic agents. The Federal Circuit held these methods were patent eligible, and the Supreme Court denied certiorari on this issue. This should send a strong signal that, if properly written, methods of using novel human DNA sequences will continue to be eligible for patents even if the Court holds that sequences themselves are not.

Joan Ellis, Esq., PhD, is a member of Dickinson Wright PLLC, where her practice focuses on patent prosecution and litigation with a particular emphasis in biotechnology and the pharmaceutical and life sciences industries. Ellis also serves as a panelist for the American Arbitration Association where she resolves patent-related disputes. Prior to becoming a lawyer, she spent approximately 10 years as a scientist doing basic research in molecular biology.

The opinions expressed in this article are those of the author and do not reflect the views of Dickinson Wright or its clients. This article is for general-information purposes and is not intended to be and should not be taken as legal advice.