A great upheaval is occurring in scholarly publishing. Over the past 10 years, researchers, academics, and academic librarians have been promoting open-access publishing, and we are just now beginning to see the results of their advocacy, which unfortunately are way below expectations.

One result is that the open-access movement is producing an almost boomtown-like increase in the number of scholarly open-access publishers, fostered by a very low barrier to entrance into the learned publishing industry. To become a scholarly publisher, all you need now is a computer, a website, and the ability to create unique journal titles.

Bolstering this trend is the so-called “gold open-access” model, in which publishing is supported not by subscription fees but by author fees. An example of a gold open-access journal is The Scientific World Journal, currently published by Cairo-based Hindawi Publishing Corporation. This megajournal covers virtually all scientific fields and imposes an article...

This increase in the number of open-access journals has major implications for scholarly publishing. Authors become the publishers’ customers, an arrangement that creates a conflict of interest: the more papers a publisher accepts, the more revenue it earns.

Not surprisingly, acceptance rates at gold open-access journals are skyrocketing, and article peer review is decreasing. Scholarly communication is now flooded with hundreds of thousands of new, second-rate articles each year, burdening conscientious researchers who have to sort through them all, filtering out the unworthy ones.

Predatory publishers use deception to appear legitimate, entrapping researchers into submitting their work and then charging them to publish it.


Exploiting the trend is an increasing number of what I define as “predatory” publishers—those that unprofessionally exploit the gold open-access model for their own profit. These publishers use deception to appear legitimate, entrapping researchers into submitting their work and then charging them to publish it. Some prey especially on junior faculty and graduate students, bombarding them with spam e-mail solicitations. Harvesting data from legitimate publishers’ websites, they send personalized spam, enticing researchers by praising their earlier works and inviting them to submit a new manuscript. Many of these bogus publishers falsely claim to enforce stringent peer review, but it appears they routinely publish article manuscripts upon receipt of the author fee. Some have added names to their editorial boards without first getting permission from the scientists they list, among other unethical practices.

These publishers’ websites look legitimate, making it difficult to separate the professional from the unethical. Unfortunately, many scientists have been fooled. Dozens have asked me for a measure for determining legitimacy, but there is very little that can be measured directly. The only real measure is the publisher’s intent, which is hard or impossible to discern.

The implications for tenure and promotion are significant. Previously, traditional publishers played a validation role: if an article appeared in a journal of a respected publisher, generally everyone accepted it as quality work worthy of publication. Now, predatory publishers assign lofty titles to their journals, making the task of judging a tenure candidate’s list of publications much more complicated. Sadly, a few academics are gaming the new system, exploiting the scholarly vanity press to buy prestige.

Predatory open-access publishers threaten to erase the line that divides science from nonscience. By accepting pseudoscientific articles that outwardly appear legitimate but whose methodologies are unsound, bogus publishers gratuitously confer the imprimatur of science. As this trend continues, we may lose the ability to easily separate the real science from the fake.

Open-access enthusiasts are too quick to dismiss traditional scholarly publishers. They have overly politicized scholarly communication, applying their anticorporate beliefs and tactics to learned publishing. Many have abandoned objectivity; instead of seeking the best model for scholarly communication, they seek only the au courant one that fits their narrow beliefs.

Many open-access advocates fail to understand or recognize the value that high-quality publishing adds to scholarly content. One of these values is digital preservation, or the long-term maintenance of journal articles and other research output. Most of the new open-access publishers have no long-term preservation strategies, instead choosing to operate in the moment. Furthermore, some open-access publishers now bypass the copyediting process. In addition to deteriorating article quality, these practices perpetuate the problem of increasing plagiarism, as these journals rarely use the available tools that can detect overlap between submitted and published works.

Thus, while open-access publishing has some obvious advantages—namely making scientific research freely available to all that seek it—there are many other factors to be considered. (For a more complete discussion of these considerations, see “Whither Science Publishing” on page 32.) A publication model that has authors rather than readers as its customers is still unproven and risky in the long term. Scholarly communication needs more unbiased analysis and less ideology. The publishing model that we bequeath to the next generation of researchers needs to be the best one, and not necessarily the ideologically correct one.

Jeffrey Beall is a metadata librarian at the University of Colorado Denver’s Auraria Library. Read more about scholarly open-access publishing on his blog, Scholarly Open Access. 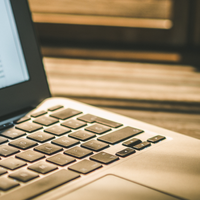 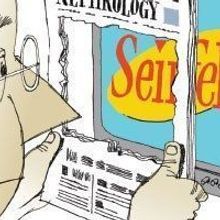