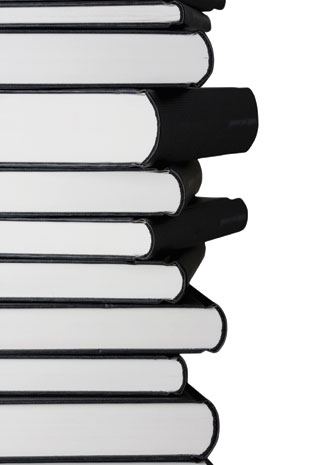 © SAGE 78/ISTOCKPHOTO.COMBasic biomedical research is key to conquering communicable diseases, which can spread rapidly around the globe, and the noncommunicable conditions behind the premature deaths of an increasing number of people. Many scholars believe that there is a correlation between support for fundamental biomedical research and the improvement of health outcomes, even though knowledge gleaned from basic research usually takes several decades to be applied in the clinic.

Basic research has traditionally been funded in great part by public money. Both small, investigator-initiated studies and large collaborative scientific projects, such as the mapping of the human genome, would have not been possible without public financial support. Unfortunately, however, basic research in the life sciences is usually underfunded.

With limited national budgets, it has become increasingly important to extract maximum transformative value for every biomedical research dollar, and it is necessary to determine how best to incorporate the relative merits of basic biomedical science with its translation to health benefits when devising science policy. Maximizing transformative value will require investing in basic research that is most likely to produce benefits for current and future generations and in scientists who make research of transformative value an overarching goal.

For public health, this goal is achieved if federal funding for basic research is allocated in part by evaluating the future health-benefit potential to society. How to measure the societal impact of research is an emerging topic of discussion in scientific and political communities, and many funding agencies already consider the potential health-benefit significance of a research proposal when assigning funds. However, prediction and measurement of societal impact will likely long remain a difficult task, especially with respect to basic research.

Several types of policies have been proposed to increase the transformative value of basic research. Some aim to foster partnership between academia and industry. One such policy enacted in the U.S. is the Bayh-Dole Act. This legislation provides academic scientists with the possibility of owning their own “inventions.” While some scholars believe this law has not compromised basic biomedical research, many others have criticized it for distracting scientists from very basic studies.

Strong financial incentives, such as those created by Bayh-Dole, will always generate disputes about whether money lures scientists away from important types of basic investigation. For this reason it would be strategic to also design other types of incentives. So-called “soft” incentives, in particular, would create little drive for basic scientists to move to more translational or applied fields, but might be effective in motivating them to do basic research with increased transformative value. Behavioral economists have shown that appealing to intrinsic human motivations can give people a “nudge” (which is the title of a book on the subject by Richard Thaler and Cass Sunstein) toward better choices for themselves and society. In the sciences, such soft incentives could incline some scientists to take their research in a certain direction without imposing any rules or moral obligations, and without decreasing scientific freedom.

An example of a nonfinancial incentive might be a system that formally acknowledges basic scientists when new drugs their research helped to develop are approved. One way to acknowledge this contribution would be to require that a “bibliography of basic papers” accompany each approved drug.

Strong financial incentives will always generate disputes about whether money lures scientists away from important types of basic investigation.

To implement this idea, a peer-review panel would either identify the basic-research papers that were key for the development of the drug, or review a list proposed by the drug-patent owner. Fifty (or more) basic research papers that have been important for development of the applicative work would be selected/approved by the panel and appear in freely accessible databases maintained by the specific agencies. In the U.S., for example, this system could be managed by the Food and Drug Administration; the list of key basic-research papers could be published in the agency’s Orange Book of approved drugs, and perhaps also in the drug’s leaflet. Review-panel members ought to be included as well, to make them both accountable and rewarded. This system should not entail a lot of work for the scientific community; actually, peer-reviewed research papers frequently display many referenced articles, and only a few dozen drugs are approved each year.

For most scientists, we believe this system would instill a small, (partially) subconscious incentive to follow research lines that can more easily lead to future drugs. Such an incentive would work particularly well for drugs that promise to have major impacts in terms of prevention or cure of diseases. This system would sit well with the motivations of scientists, without compromising the basic nature of their research. In fact, this would be a “weak attractor” that would not redirect researcher’s investigations towards less-basic research, but would complement their efforts in unraveling the mysteries of the basic mechanisms of biology. This system would also have the benefit of increasing public awareness of the fundamental role that basic scientists play in drug development, which is often underestimated by both policy makers and the general public.