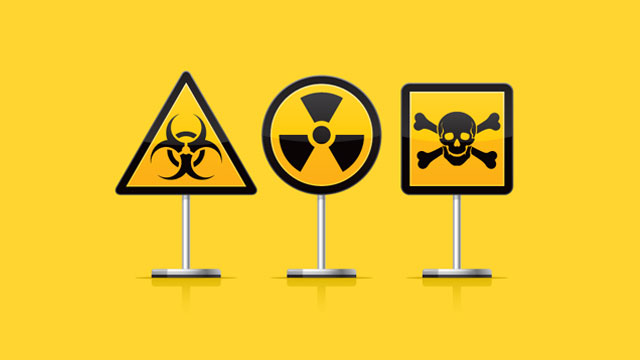 In 2010, scientists at the J. Craig Venter Institute synthesized the entire genome of a cell from basic building blocks, marking an important milestone in the quest to create life from off-the-shelf chemicals. While this technology promises many medical and industrial benefits, it also raises questions about the risks of unregulated biotechnology. After Venter’s announcement, President Barack Obama wrote a letter tasking his Commission for the Study of Bioethical Issues to explore the benefits and dangers posed by synthetic biology. While the commission’s report, released in December 2010, provides key recommendations for the oversight of synthetic biology that have led to actual regulations, it has little to say about the do-it-yourself biology (DIYbio) movement—the practice of self-taught or informally trained individuals running experiments in makeshift laboratories.

The expansion of biotechnology to include practicing nonprofessionals has many citizens understandably concerned. As the tools used for molecular biology become...

At a basic level, the danger of amateur biology can be broken down into three categories. The first concerns laboratory safety—taking proper precautions to ensure that those working with dangerous pathogens do not get infected, and that such pathogens do not accidentally escape from the lab. Home scientists arguably lack the tools to stumble upon a new strain of influenza or accidentally create a deadly bioweapon, but they are apt to overlook fundamental laboratory safety measures that are important even when working with seemingly benign microbes.

A second type of risk is environmental, embodied by the accidental or intentional release of a genetically modified organism into the environment. Though the chances of creating a mutated organism that will survive and alter the ecosystem are small, the risk that a dangerous trait can be created or enhanced should not be ignored.

The third element of risk is bioterrorism, which presents the most dangerous potential consequence of biology experiments performed by amateurs. This fear is highlighted by the controversial (and consequently delayed) publications in Nature and Science, in which two research teams—led by Yoshihiro Kawaoka of the University of Wisconsin–Madison and Ron Fouchier of Erasmus Medical Center in Rotterdam—reported the creation of  new variants of H5N1 influenza that are transmissible between mammals through the air, sparking fears that this information could be used to produce a bioweapon that is highly infectious to humans.

While there is no evidence that DIYbio represents a national security threat of this sort—on the contrary, the movement is founded on the principles of innovation, entrepreneurship, accessible science, and education—bioterrorism is a risk that policy makers must consider when developing regulations for citizen science. In 2002, the National Academies set up The Committee on Research Standards and Practices to Prevent the Destructive Application of Biotechnology. This committee, informally called the Fink Committee, prepared a report entitled “Biotechnology Research in an Age of Terrorism” that made sweeping recommendations to enact regular risk assessments of biotechnology, enhance education, strengthen international oversight, and establish the National Science Advisory Board for Biosecurity (NSABB) to carry out reviews and advise the government.

But while bioterror is being addressed in mainstream science, policy recommendations focused on DIYbio are rarely the subject of serious consideration. A key first step is choosing a leader. The NSABB, set up after the Fink Committee report, has already become a source of expertise in regulation and safety and is an obvious choice as a central authority to oversee DIYbio. Other federal organizations, such as the Federal Bureau of Investigation, already have teams thinking about synthetic biology and the risks of amateur science. The NSABB could act to disseminate these views to citizen scientists and promote communication among other federal agencies, while acquiring feedback from the scientific community; organizing meetings between the government, security leaders, and the DIYbio community; and enforcing official regulation.

Another important task is to encourage further institutionalization of the DIYbio movement. Dozens of new community groups and nonprofits have sprung up in recent years to support amateur science. Providing formal laboratory space (at cheap rates), community classes, and safety oversight helps keep DIYbio outside of garages and suburban homes while also providing the education needed to ensure that appropriate laboratory procedures—and any future regulations—are followed. (For a further discussion of the companies supporting DIYbio, see “Biology Hacklabs.”)

It is crucial that a new dialog be initiated in policy circles to determine the appropriate regulation for amateur science. And in the meantime, scientists and citizens need to fill the void—as they have already started to do—by advocating for a common code of ethics and standards to be applied in amateur biology. Many of our greatest inventors and innovators began world-changing revolutions in their garages and back rooms. Citizen science in the form of DIYbio will be no different. Our goal should be to preserve the safe and transparent growth of citizen science in all of its forms. Collective action now can prevent unnecessary accidents, promote community innovation, and support our next generation of scientists. 

Dustin Holloway is a bioinformatics engineer at the Dana Farber Cancer Institute, a fellow in the division of Medical Ethics at Harvard Medical School, and a former nonstipendiary fellow in the Harvard Kennedy School of Government’s Program on Science, Technology and Society.