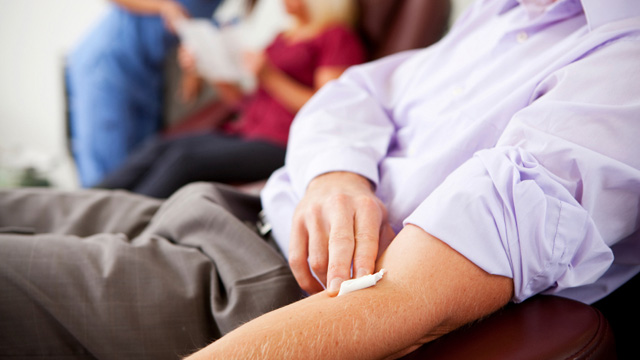 As one of the first class of biologic drugs to reach the marketplace, interferon-a–based products were among the first whose patents have expired. Many other biological therapies have already lost or will lose their patent protection and begin to face competition from generics. How to regulate generic versions of biologics—known as biosimilars—is still very much a matter of debate.

Since 1984, the US Food and Drug Administration has permitted generic drug manufacturers to submit Abbreviated New Drug Applications (ANDAs) to demonstrate that a proposed generic drug is bioequivalent to the brand-name drug. Generally speaking, this has relieved generic manufacturers of the cost of conducting a full clinical-trial program, relying instead on the safety and efficacy record established by the branded product.

But biologics, or biologically derived therapeutics, such as those manufactured from blood or tissue, do not behave the same way traditional pharmaceuticals do. Because biologics are made...

Over the next few years, industry will be learning hands-on what it takes to make it in the biosimilars sector.

Unlike chemical drugs, whose syntheses can be recreated in the laboratory according to reproducible synthesis schemes, biologics and biosimilars depend on variables such as post-synthesis modifications of products in the host cells. Biologic products are “large molecules” compared to “small molecule” drugs; they are more complex in structure, and more difficult to manufacture with consistency. Thus, demonstrating the “biosimilarity” of a generic biologic will not be easy. As a result, industry has long predicted that biosimilars will need an amount of clinical safety and efficacy data commensurate with that required for the original brand-name biologic.

On February 9 the FDA released three draft guidelines confirming this view. Unlike makers of generic pharmaceuticals, biosimilar manufacturers will have to conduct animal toxicology studies, preapproval clinical trials, and, potentially, postmarketing safety studies. In addition, manufacturers must conduct these tests on multiple batches of the product in light of the potentially significant clinical impact of variations in the manufacturing process. Here, we review each of these requirements as spelled out in the new FDA guidelines.

Preclinical studies: Biosimilar manufacturers must conduct animal, pharmacokinetic, toxicology, and pharmacodynamic studies. The FDA also recommends animal immunogenicity studies when “differences in manufacturing (e.g., impurities or excipients) between the proposed product and the reference product may result in differences in immunogenicity.”

As part of these preclinical studies, the FDA recommends that manufacturers compare the primary amino-acid sequence, the three-dimensional conformation, and the posttranslational modifications (e.g., glycosylation pattern), among others, of the proposed product to those of the reference product. The draft guidance also advises that manufacturers will not be able to establish biosimilarity based on structural similarity alone. Manufacturers must conduct in vivo or in vitro functional assays as well, particularly in situations where a manufacturer can demonstrate similarity of mechanism of action.

The FDA notes that it cannot provide definitive guidance on how much animal data it may require because the scope of animal data needed will depend on the degree of uncertainty about biosimilarity once the manufacturer completes the structural and functional assays. The FDA anticipates that applicants may be able to justify narrowly tailored animal studies when the structural and functional comparative data is comprehensive, rigorous, and robust.

Clinical trials: Because qualitative similarities identified in preclinical studies may not necessarily translate into identical side effects or clinical outcomes, biosimilar manufacturers must also submit clinical data “sufficient to demonstrate safety, purity, and potency in one or more appropriate conditions of use for which the reference product is licensed and intended to be used and for which licensure is sought for the biological product.” The FDA explains that “comparative safety and effectiveness data [from clinical trials] will be necessary to support a demonstration of biosimilarity if there are residual uncertainties about the biosimilarity of the two products.”

Manufacturing: Because biologics are more difficult to manufacture than pharmaceuticals, the FDA decided the typical Drug Master Files (DMF) for generic drugs “would not be acceptable” for biosimilars. A DMF may be used to provide confidential, detailed information about facilities, processes, or articles used in the manufacturing, processing, packaging, and storing of human drugs. The FDA explains that the biosimilars manufacturers need to have the same “knowledge of and control over the manufacturing process for the biological product” as do the manufacturers of the brand name product.

Approvability: The FDA intends to consider the totality of the evidence to determine whether there are any “clinically meaningful” differences that would preclude approval. These could include differences in “the expected range of safety, purity, and potency of the proposed and reference products.” On the other hand, the FDA’s draft guidance explains that “slight differences in rates of occurrence of adverse events between the two products ordinarily would not be considered clinically meaningful differences.”

It is clear that gaining approval for biosimilars will not be easy, but as biologic drug patents continue to expire, the market is ripe for generic competition. Data from various sources indicate that the United States will account for approximately 72 percent of the worldwide sales of biosimilars in 2013, and 83 percent in 2014. Europe is expected to see its share plunge from 76 percent in 2012 to 26 percent in 2013, and 16 percent in 2014, as the U.S. moves forward. Over the next few years, the industry will be learning hands-on what it takes to make it in the biosimilars sector.