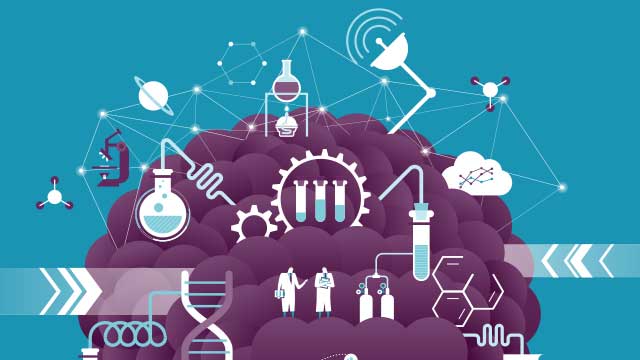 © ISTOCK.COM/AKINDODuring a Republican primary debate this past fall, some of the presidential candidates publicly perpetuated the false notion that autism is linked to vaccinations. Understanding science includes appreciating the nature of its process. Over time, science corrects itself as theories change to account for new data. But when science is communicated in the contemporary world, factual errors, misrepresentations, and misappropriations can get perpetuated through a series of shares, copies, likes, and reposts. The viral nature of today’s information sharing makes a new kind of scientific literacy all the more imperative.

The same week as the debate, a colleague sent me a link to a “Science Knowledge Quiz” available through the Pew Research Center’s website. Looking at the report, I was not surprised to learn that only 6 percent of respondents obtained a perfect score. But reading the results of the Pew survey more closely,...

Choosing the correct answer to a question from a list of multiple choices hardly indicates the kind of literacy skills necessary to critically evaluate scientific information in the context of society. It is here—at the intersection of scientists and the public—that scientific literacy (or a lack thereof) has its greatest impact, from individual choices related to personal health behaviors to wide-reaching decisions on public policy.

I am a scientist by training, but I no longer do science in a traditional sense. Instead, I teach a range of required interdisciplinary general education courses at a professionally focused college where no one majors in a basic science. As such, I put a heavy emphasis on fostering scientific literacy among my students.

It’s a complex process. For example, in a course called “Scientific Revolutions,” we discuss what science is, why it matters, and how it changes over time. We situate science within historical and cultural contexts and learn to appreciate science through the lenses of race, class, and gender. The rhetorical nature of scientific communication is another topic of interest. Whether we are considering the immunization misinformation, the recent approval of the first drug for female sexual dysfunction, or the political discourse around climate change, I have discovered that getting students to understand the science is relatively easy. Connecting the dots between a scientific discovery and its implications for society is where the real challenge begins.

This lesson is not just for students. Understanding science in and of itself cannot account for the complex ways in which scientific knowledge impacts the lived human experience. This is where scientists suffer their own form of scientific illiteracy. I scored perfectly on that Pew quiz, but that doesn’t make me an expert when it comes to understanding science in the context of society. Intense immersion in research can be blinding when it comes to the broader social and ethical implications of scientific questions and the actual human costs involved.

Furthermore, our cultural norms may bias our science. In addition to shaping how we understand the world, which drives the questions we ask and the experiments we conduct, our experiences influence our ability to see alternatives. Think of Charles Darwin and how hard he tried to account for his Victorian-era beliefs about the lesser intellectual capabilities of women in The Descent of Man. His culture blinded him to the problematic premise upon which this research question was based. As neuroscience suggests, it is very difficult to see things we are not looking for.

But awareness of cultural contexts becomes arguably most important when communicating with the public about science. Resistance to science and ignorance of science, while frustrating, can often be understood within a broader framework. In the past, many traditionally nondominant cultural groups—including women, minorities, and those living in poverty—found themselves on the losing end when it came to scientific “progress” and understanding. They and others have good reason to be suspicious of new discoveries. Grappling with contexts such as these is critical if we hope to understand why objective science is understood as anything but in a subjective world. And while today’s vaccine skeptics might include a presidential candidate, a recent immigrant to the country, or a concerned mother from the Pacific Northwest, any truly productive conversation about why their fears are scientifically unfounded must be predicated upon an understanding of what caused those fears in the first place.

Let us continue to work toward promoting meaningful and comprehensive scientific literacy among students to help them become informed citizens who can effectively engage in public discourse. But let us also begin to advocate for a parallel track, in which we embrace a deeper and more complex discussion about science in the real world—and recognize that this type of scientific literacy is important for those of us who work in the sciences, too.

Cynthia Brandenburg is an associate professor at Champlain College in Burlington, Vermont.