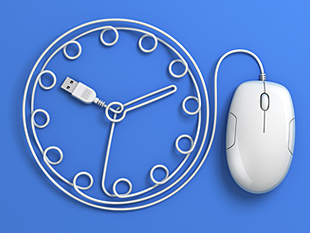 Since the early days of protein crystallography, scientists have shared their research data through the Protein Data Bank, allowing new structures to be determined more easily and paving the way for structure-based drug development. Similarly, the free and open sharing of the human genome sequences has been essential for many achievements in human biology and health research. Sharing well-annotated life span data could provide a similar boost to aging research.

Recent decades have seen an explosion of knowledge on aging at the molecular level, especially in model organisms such as Caenorhabditis elegans, Drosophila, and mice. Researchers have identified various interventions—such as gene knock-outs, drug administration, dietary restriction, or altered environmental conditions—that can extend the life span of these animals in the lab. Importantly, while such manipulations can cause negative side effects such as reductions in size, fertility, or immune function, many interventions keep animals youthful—more...

A key approach to identifying factors that influence aging, and interventions that counteract aging, is to compare the life spans of groups of animals that are observed from birth or the start of adulthood until their natural death. Since predators, food competition, and other external hazards are excluded under lab conditions, in theory the life spans of the animals are determined by aging alone. Recording natural life span has the advantage over observing other signs of aging, such as greying of hair or wrinkling of skin, in that death is universally and unambiguously defined. However, usually only processed results of the analysis or a graphical representation thereof are published, while the original data are not made available.

Usually only processed results of the analysis or a graphical representation thereof are published, while the original data are not made available.

Making such numerical longevity data available would allow other scientists to redo and check analyses, as well as apply new or different analysis methods. Moreover, having a large collection of data annotated with experimental conditions would enable researchers to jointly analyze data measured under similar conditions, or to apply statistical methods to combine dissimilar data sets while accounting for differences between them. In this way, insights beyond the scope of individual studies can be gained, including the characterization of variation between experiments, seasonal fluctuations in life spans of animals in controlled lab environments, and how life spans vary over years of experiments or among different locations. In addition, such a large set of life span data would allow us to establish the typical survival distribution under commonly used control conditions. This concept of grouping previous observations under control conditions, called the historical control, has been widely used in toxicity studies and is required by regulatory bodies to ensure that control animals exhibit normal survival.

In 2013, as a first step toward the widespread sharing of longevity data, researchers at the European Bioinformatics Institute developed the SurvCurv database, which provides free and open survival data of model organisms from published studies as well as basic online analysis tools. SurvCurv data on Drosophila aging were used to characterize the variability of longevity experiments and identified significant life span effects from experimental tools of the UAS/GAL4-expression system usually thought to be inert (Aging Cell, 12:917-22, 2013). Even larger quantities of longevity data in model organisms are on the horizon as high-throughput methods for automated determination of life spans in C. elegans are developed.

In addition to collating and sharing these data, complete annotation of the experimental conditions and procedures is important for the field to be able to make the most of the growing number of aging experiments. In other areas of life science, minimal information guidelines, which specify essential annotation that should be reported with each data set, have proven to be a successful approach to raise awareness and improve the quality of annotations. For survival data, work on a minimal information reporting guideline began last year, when I drafted an initial proposal and conducted a survey among researchers working on aging about their experiences with survival-data reporting and their opinion on the importance of annotation categories. The results are currently being evaluated and discussed by an international group of researchers, and a revised proposal for a minimal information reporting guideline is being prepared. As with all community efforts, the more contributors and supporters there are, the higher the benefit for everyone. So let’s share and make the most of longevity data to advance our understanding of aging. 

Matthias Ziehm is a postdoctoral researcher at University College London and at the EMBL European Bioinformatics Institute outside Cambridge.