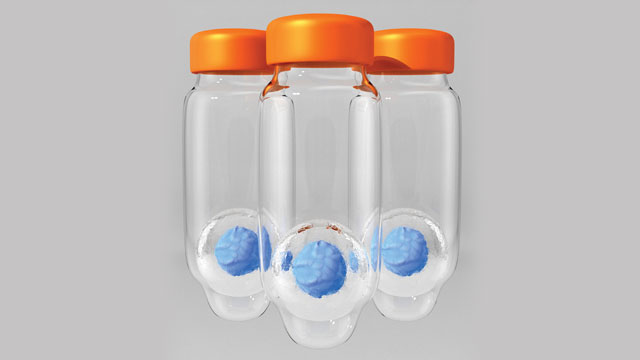 Over the past five years, there has been a jump in the number of cell therapy products commercially distributed by companies in the U.S., with eight cell therapy products receiving approval since 2009. Once such therapies are approved for the market, however, biopharmaceutical companies face new challenges as they develop the infrastructure to scale up the manufacture of larger quantities of cell products while maintaining high standards of quality control.

Companies advancing cell therapies at smaller scales already face multiple challenges in executing the safe, reliable, and consistent manufacture of a cell-based product. Cross-contamination due to the mixing of cell samples, as well as cell damage inflicted during freezing or other procedures, can jeopardize the purity and efficiency of the process. Improper labeling and record keeping could lead to a loss of patient identity in the development of autologous treatments, which use patient-derived cells. To reduce these risks, researchers often use closed-system technology, in which the cells are not exposed to the environment from the time they are put into the system until they are delivered to the patient. This enables large quantities of cells to be cultured at the same time; minimizes cell manipulation to reduce the chance of contamination; and automates the work as much as possible to curtail human error and variability.

Single-use disposable bioreactors are commonly used in a closed system to protect cell products while they are being expanded. Using automated processes can help minimize the risk of operator error while also ensuring sterility, increasing productivity, and enhancing consistency of cell batches. Robotic handling of cells in a sterile environment has also been shown to reduce the level of particulates and contaminants found in manually cultured cells.

Use of advanced tracking technologies can be applied to bioreactors to further safeguard cells against a break in the chain of identity of a patient sample, particularly when used for autologous cells. At Aastrom Biosciences, we designed and implemented software called Autolotrack, which automatically assigns a lot number to each patient’s cell sample and creates a production schedule that can be edited by the team. This software organizes and tracks data about each bioreactor during every phase of the production process, and all instruments used in manufacturing automatically feed back into the system, so that the production team can easily see how far a cell sample has advanced in the manufacturing process.

Typically, cells harvested from culture are not suitable for direct patient administration. The cells must be processed to remove serum and other culture reagents and to achieve a product volume suitable for therapeutic delivery. These steps can be time-consuming and can significantly increase the risk of error, contamination, and excessive holding times, as well as the potential for cell loss and decreased viability. Autologous cell therapies pose additional challenges for large-scale production because individual doses must be produced for each patient.

One common step in traditional approaches to cell harvesting is the washing away of residual culture reagents. Bioreactors that both drain away culture medium and rinse cells to remove residues before they are harvested eliminate two cell-transfer steps and lead to lower rates of cell damage and loss. Perfusion bioreactors, which continuously replace the culture media and remove waste products, can similarly enable cells to be harvested and purified quickly, reducing the time dedicated to processing.

The examples listed above are just a sampling of the range of advanced capabilities in computerization, automation, and process integration now available to help companies drive down costs and increase production volume and quality of cell therapies. The application of technologies to reduce the number of manufacturing steps or streamline overall production should be considered at all phases of research, but especially as a company advances to late-stage clinical trials and prepares for commercialization. Success requires continually identifying and assessing viable advances in technology that can be applied to any phase of cell therapy production and incorporating such advances at the earliest opportunity to improve performance and reduce risk.