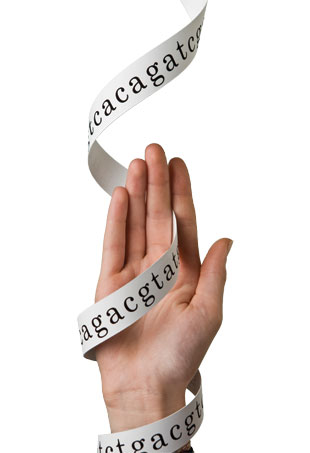 In this era of plummeting DNA sequencing costs, we frequently hear the claim that soon everyone should have their whole genome sequenced. However, two implicit assumptions underlie such claims: that whole-genome sequencing (WGS) will be (1) sufficiently cheap and (2) sufficiently useful to drive near-universal uptake. But as is often heard in the personal finance industry, “an elephant for a nickel is only a bargain if you have a nickel and you need an elephant.”

Let’s examine the first half of that proposition: cost. The price tag for WGS has indeed become much smaller, with technological advances dropping the up-front cost to near $1,000. But medical costs are tricky. No matter how inexpensive a medical test, downstream costs can be substantial, such as those generated by inevitable false positives, which require expensive...

The other half of the equation (the need-for-an-elephant side), which must be realized if the widespread clinical use of WGS is to become a reality, is utility. Low prices are not enough for any given technology to achieve wide market penetration; it must also be highly useful or at least highly appealing to a broad swath of the general population. However, in spite of an understandable narcissism regarding our own genomes, the reality for most of us is that our genomes are incredibly boring. Given our current understanding of how to interpret—much less apply—genomic information, the average person’s genome yields precious little knowledge that will lead to better health.

By our estimate, about 98 percent of us will have nothing in our genome that adds anything of importance to what our general practitioners and our mothers have already told us: eat right, exercise, don’t smoke, and don’t drink excessively. About 1 percent of us carry mutations in a handful of genes that result in a very high risk of a preventable or treatable disease. But there’s no need to sequence your entire genome to discover whether you belong to the small minority of individuals who harbor such a mutation; such genes can be sequenced in a targeted manner at far less expense.

Finally, another ~1 percent of us may find our genomes to hold rather terrifying information—mutations that strongly predispose us to disturbing diseases for which we currently have no preventive modalities and no treatments. Contrary to the usual trope that most people will “want to know everything” in their genome, actual data indicate that most people who are at risk of having mutations in such genes do not wish to know. We need to think very carefully before assuming that widespread genome sequencing will be universally useful or even desirable. Indeed, the poor market for direct-to-consumer genetic testing to date may speak volumes about the general population’s lack of interest.

That’s not to say that genome-scale sequencing won’t be a useful medical tool and a boon to select patients. Indeed, it is already being used in specific clinical contexts to improve diagnosis and treatment. But as with medications, if some genome sequencing is good, more is not necessarily better.     

James P. Evans is the Bryson Distinguished Professor of Genetics & Medicine at the University of North Carolina, Chapel Hill, and editor-in-chief of Genetics in Medicine. Jonathan S. Berg is an assistant professor in the Department of Genetics at UNC School of Medicine, Chapel Hill, associate director of the Carolina Center for Genome Sciences, and a physician-scientist studying clinical genomics.