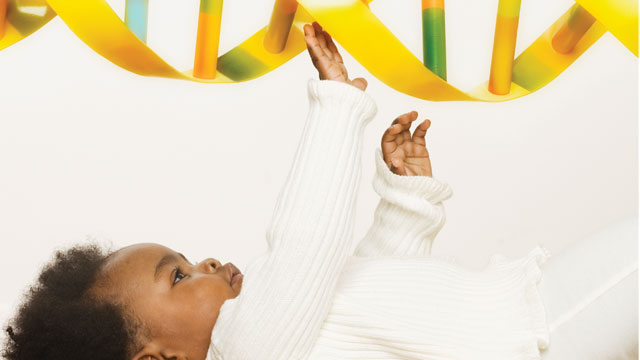 When first used in humans in the 1970s, in-vitro fertilization (IVF) raised significant ethical, legal, and philosophical concerns. The ability to manipulate human reproduction was viewed in many circles as an attack on the traditional family and an odious attempt to assert human dominion over nature. Terms such as “designer babies” and “playing God” were commonly applied to IVF. Nevertheless, much of the scientific community touted the potential benefits of these technologies, viewing them as the start of a new era of medicine. Indeed, despite those dire predictions four decades ago, IVF is now widely accepted and has enabled infertile couples to conceive more than 5 million healthy babies.

Fourteen years ago, my Columbia University colleagues and I (JL) examined the mitochondrial origins of Dolly, the cloned sheep, and proposed the concept of a “three-parent” fertility procedure to treat mitochondrial disorders (Nat Genet, 23:90-93,...

To prevent defective mtDNA from being passed from mother to child, scientists in the U.K. are planning to offer a “three-parent” fertility procedure. Based in part on protocols developed by scientists at the New York Stem Cell Foundation and at Columbia University Medical Center (Nature, 493:632-39, 2013), this procedure modifies standard IVF technology to create an embryo from the eggs of two women and sperm obtained from one man. Specifically, nuclear DNA from the egg of a woman carrying mitochondrial defects is transferred into the enucleated cytoplasm of a donor egg that harbors nonmutated mtDNA. This genetically reconstituted egg is then fertilized in vitro by sperm from a male partner, and the resulting embryo is implanted into the uterus of the woman with the mitochondrial disorder. This embryo will contain genetic material from three donors, but will not express any symptoms of the mitochondrial disorder.

The potential for creating children from multiple parents is not limited to the halting of the passage of mitochondrial disorders. In May 2013, Shoukhrat Mitalipov and his colleagues at the Oregon Health and Science University published a milestone article describing the use of IVF technology to transfer genetic material from any nonsperm cell into a human egg, thereby generating a pre-implantation embryo from which human embryonic stem cells can be readily isolated and maintained in the laboratory (Cell, 153:1228-38, 2013). One of many potential outcomes of this research is the ability to create a human embryo without any male genetic contribution—by transferring the nucleus of a somatic cell from one woman into an enucleated egg of another. Embryos could also be made from more than three genetic parents by merging multiple embryos into a single chimeric infant, as has already been achieved in rhesus monkeys (Cell, 148:285-95, 2012).

We argue that the potential reproductive benefits of these technologies will trump associated ethical fears.

All of these genetic engineering procedures raise both legal and ethical concerns. Legal issues include: Who are the legal parents of a child generated from genetic material obtained from multiple donors? Would such a child have the right to know the identity of all his gene donors? In an article to be published in the Harvard Journal of Law and Gender (in press), we propose a legal solution to address some of these issues. We propose that intentional parents—i.e., individuals who will assume responsibility of child care and agree to act as parents to the child—should be recognized as the legal parents of the child. We also propose that it is necessary to legally validate and define the parental intent and responsibilities of all parties involved in a pre-authorized contractual agreement. These proposed definitions of parenthood should supplement and expand biological and genetic considerations resulting from advances in molecular biology.

One of many ethical concerns raised by such technologies is whether these advances in reproductive medicine could lead to the creation of “designer babies,” in which parents select the genetic composition of their children for enhancement or for health reasons. The fear in creating designer babies is that it may herald a new era of “consumer eugenics” with potentially unknown consequences for humankind. From an ethical perspective, any procedure involving genetic engineering should require that all genetic donors submit a medical history (and perhaps their complete genome sequences as well) to provide an early warning of future health risks for the child. We also believe that as children reach legal maturity, they have the right to know their genetic origins. We recognize that, as with any new technology, there is always the fear of abuse. But we argue that the potential reproductive benefits of these technologies will trump those ethical fears.

That the road from scientific innovation to societal acceptance is often rocky is a given, and is emblematic of scientific innovation. As these genetic engineering technologies develop and become safer and less expensive, the potential to enable people with genetic defects to conceive a healthy child is a dream that should be vigorously pursued. 