Pro-gay liberals tend to emphasize innate causes, and anti-gay conservatives “choice” and malleability. This well-established attitudinal correlation is based on faulty reasoning by both sides. Let’s start with the most common framing of the debate: whether sexual orientation is genetic or chosen. This framing is utterly mistaken. The complement of genetic is not chosen but environmental. If parents could influence children’s sexuality by giving them certain toys, this would be an environmental influence, but it would be absurd to say that children choose their sexuality. The unfortunate insertion of chosen/choice reveals a badly outdated understanding of the way the mind works, implying that one is free to choose one’s thoughts, feelings, and behaviors without consideration of prior causes, including genetics. No scientist I know believes this. There is a sense in which we have free will, to be sure, but that sense excludes sexual orientation. Sexual orientation is a pattern of desire, not of behavior—a man who wants to have sex with men but not women has a homosexual orientation, no matter what he does. A woman can choose what to do about her sexual feelings, but she cannot choose those feelings to begin with. So let’s ditch the words “choice” and “chosen” when we’re talking about sexual orientation’s causes.

It is still worth searching for genes—if we can find them, we can learn a lot. We can also avoid the mistake of assuming that modest heritability of sexual orientation means that it is mostly due to social influences. It isn’t—at least, male sexual orientation isn’t. We know this because of a few important cases of boys changed into girls shortly after birth, due to medical accidents or rare birth defects. Later in life these males are attracted to females, consistent with their prenatal biology but not their postnatal rearing.

I love conducting research on sexual orientation, but I do not study it because it has any implications for how we should feel about homosexual people. Our attitudes about human characteristics should (and generally do) reflect consequences of those characteristics rather than their causes. If homosexual people caused great societal damage, the way that psychopathic people do, we would disvalue homosexuality, whether homosexuality were innate (like psychopathy appears largely to be) or learned. But they don’t, and we shouldn’t. I can’t imagine a plausible scientific result about the origins of sexual orientation that would justify prejudice against homosexual people. Conversely, data about the roots of sexual orientation should not enter, much less end, a debate that inherently belongs in the moral, not the scientific, realm.

Although liberals tend to like findings that sexual orientation is genetically influenced for the mistaken reasons I’ve noted, some fear that genetic research will lead to attempts to manipulate sexual orientation prenatally. I don’t think this will happen—the likely genetic effects are too small to be useful, even if one thought this was an acceptable goal.

But no one can see the future, and it is not inconceivable that research on sexual orientation will lead to knowledge about how to change it. I oppose any attempt to limit scientific inquiry due to the fear that this might happen. In the unlikely event that techniques are developed to influence unborn children’s sexual orientation, parents should have that right, assuming they aren’t harming anyone. Shaping children is an essential goal of parenthood, and in a democracy, we have to let parents pursue some goals even if we don’t share them. Changing a baby’s future sexual orientation isn’t harming the baby. (Worries about selective abortion are worries about abortion, a debate I don’t want to enter here.) The bioethicist Tim Murphy—who happens to be gay—agrees with me.

Sexual-orientation research is irrelevant to the rights of homosexual people, who deserve equal rights regardless of what those studies show. What, then, is the point of conducting them? Sexual orientation is a fundamental human difference, analogous to differences in personality, intelligence, attitudes, and interests, most of which have been studied with considerably less controversy. Understanding how and why people vary in these traits is important to understanding human nature. The belief that sexual-orientation science has clear social implications has led to politicization of this research, however. For example, I know several scientists who were asked by sympathetic administrators to change the titles of their research grants, to hide their intention to study sexual orientation from those who would oppose funding them for political reasons. This practice reflects outrageous politicization of legitimate scientific inquiry and should be unnecessary.

The mistaken belief that data supporting inborn causes of sexual orientation justify tolerance of homosexual people leads to the equally mistaken belief that tolerance of homosexual people requires such data. Recently, the government of Uganda claimed that there is insufficient evidence that homosexuality is innate, before criminalizing it severely. We are a long way from an adequate scientific theory of the causes and development of sexual orientation. There is no good reason why homosexual people should wait for us scientists before they can obtain their human rights. 

Michael Bailey is a professor of psychology who studies the genetic roots of sexual orientation at Northwestern University. 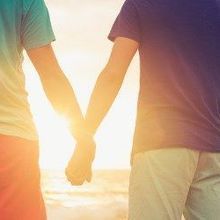