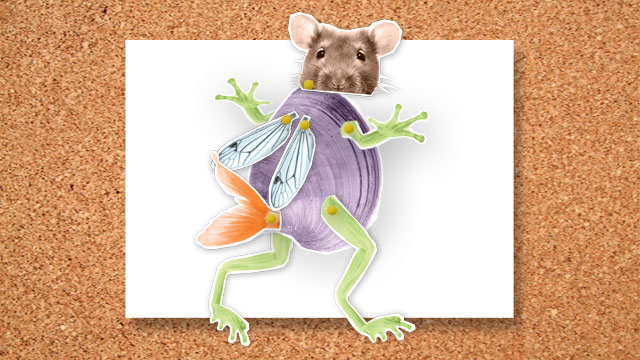 A fundamental goal of science is to discover rules. If we find that two chemicals react to yield a specific compound, then we expect that to reflect a general truth that other scientists can repeat. The situation is not so simple in biology, however, because our experimental results depend, to some degree, on the model system we are using.

Model systems have been around for as long as biology has been a science. We posit a general truth by finding organisms in which that truth is most evident. Darwin used pigeons to study the heritability of biological variation. Mendel used peas to show trait inheritance. Researchers assumed that principles observed in one organism would be true for all, and for a long time, this generally proved true.

For most of the last century, there were nearly as many model organisms as there were scientists. I was...

Researchers assumed that principles observed in one organism would be true for all, and for a long time,
this generally proved true.

The golden age of model-agnostic biology came to an end as people started asking more specific questions. Biological systems are complex, and to understand a process at a mechanistic level, you need myriad details—and details do vary between organisms. People started focusing on systems that were the most convenient and assumed the results would be universally applicable. For example, yeast became ascendant in cell cycle research because of the genetic tools available.

Unfortunately, the more time and effort that biologists invested in particular systems, the more they became wedded to them, regardless of the questions being asked.

In a recent Nature opinion piece, “Model organisms: there’s more to life than rats and flies,” zoologist Jessica Bolker of the University of New Hampshire makes the point that the problem under study should drive the choice of model system (Nature, 491:31-33, 2012). This has always been so, but it is an old lesson that we have forgotten in the wave of reductionism that has swept biology over the last several decades. What holds us back is the accumulated wisdom regarding favored model systems. Because biology, unlike mathematics, lacks a formalized knowledge structure, the most accessible knowledge is in the collective experience of its practitioners. If that experience has been dominated by decades of work in a particular model system, shifting to a new and perhaps more appropriate one can be problematic.

Molecular tools that were formerly restricted to a few favored systems are now widely applicable.

As Bolker correctly argues, focusing on just a handful of model systems inhibits scientific progress. As systems-level research, which integrates multiple types and levels of biological information, becomes more necessary to understand complex diseases, there is an urgent need to find principles that extend across all models, Homo in particular. There is always the danger that a particular mechanism might be a contingent aspect of a particular organism.

Fortunately, the barriers that have traditionally locked us into a particular system are starting to fall. With new high-throughput technologies, one can gather more information in a single experiment than was formerly obtained over years. Molecular tools that were formerly restricted to a few favored systems are now widely applicable.

Using novel and appropriate models to solve long-standing problems is an opportunity for young investigators looking for a competitive advantage. On the grant review panels on which I serve, I am noticing a greater expectation that the model system being proposed is the one most appropriate for the question being asked.

Just as the true value of sequencing the human genome was only realized when a host of other organisms were sequenced, results from a variety of model systems are still necessary to understand the relevance of the favored ones. From differences, we learn the rules. 