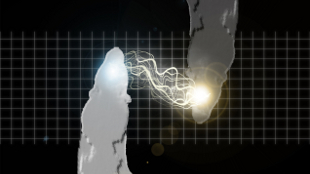 KATIE ZHUANG, NICOLELIS LAB, DUKE UNIVERSITYResearchers have electronically linked the brains of pairs of rats, enabling the animals to communicate directly via implanted microelectrode arrays to solve simple behavioral problems, according to a study published today (February 28) in Scientific Reports.

The authors of the study claim the achievement is the first of its kind, and could lead to the linking of multiple animal brains to form the first “organic computer” through which multiple animals could exchange, store, and process sensory and motor information.

But neuroscientists in the field of brain-machine interfaces (BMIs) told The Scientist that the study is actually a combination two methods demonstrated several times before—namely, recording and decoding information from neural networks and using extracted neural firing patterns to stimulate external devices or muscles of the body.

Critics also pointed out several methodological flaws, including the lack of adequate controls, and cautioned that claims...

“[The researchers] have made numerous important contributions to the field of neural interfaces,” said Lee Miller, a neuroscientist at Northwestern University in Evanston, Illinois, who was not involved in the study, in an email to The Scientist. The group, led by Duke University neuroengineer Miguel Nicolelis, has made critical advancements in the development of BMIs that extract motor signals from an animal’s brain and/or provide it with somatosensory feedback, Miller added. “However, I'm afraid one would have to be forgiven, on reading the current account, with its references to, a ‘grid of multiple reciprocally interconnected brains . . . solving heuristic problems deemed non-computable by a general Turing-machine,’ for mistaking it for a poor Hollywood science fiction script. It is not clear to what end the effort is really being made.”

Several studies in the past few years have demonstrated that brain-derived motor signals, recorded through implanted microelectrodes, can be decoded and utilized to control the movement of mechanical or electrical devices. Some groups have also shown that behaviorally relevant information can be extracted in real-time and fed back into the same brain. Building on that research, Nicolelis and his colleagues wanted to see if a brain could assimilate and use electrical stimulation patterns transferred directly from sensory and motor neural networks of a different brain. In other words, they wanted to build a brain-to-brain interface (BTBI).

To test the idea, the researchers conducted experiments with rats containing brain microelectrode implants capable both of recording electrical activity from neural networks and stimulating neurons. Simply put, patterns of cortical signals were recorded in one rat—the encoder—and transmitted directly into the brains of another rat—the decoder.

In the first experiment, the researchers trained pairs of rats to press one of two levers, with the correct one indicated by a flashing light above, to get a drink of water. When the encoder rat pressed the right lever and got its reward, a sample of the brain activity that coded for that behavior was translated into a pattern of electrical stimulation and delivered directly to the brain of the decoder rat. The decoder faced the same lever setup, but got no visual clues, so had to rely on cues transmitted from the encoder to guide it to the correct lever and the reward.

In trials, the decoder rats picked the right lever 70 percent of the time, a performance significantly better than chance, suggesting that the information was successfully transferred and understood.

The rats performed similarly well on a comparable test using tactile information—distinguishing between a narrow and wide opening using their whiskers. In these trials, the decoder followed the actions of the encoder 65 percent of the time; again, with accuracy better than chance.

The findings demonstrate that implanted microelectrodes and decoding methods can be used to directly channel behavioral information between two animal brains. This, the authors speculate, indicates that brain networks could allow multiple animals to synchronize their behaviors in response to directly transferred electrical cues. “So basically, we are creating what I call an organic computer,” Nicolelis said in a press release. “Such a computer solves a puzzle in a ‘non-Turing’ way.”

Nicolelis also said that, in theory, BTBIs could be used be used to link a network of brains. “We cannot even predict what kinds of emergent properties would appear when animals begin interacting as part of a brain-net. In theory, you could imagine that a combination of brains could provide solutions that individual brains cannot achieve by themselves.”

“It’s possible, or at least plausible, that two brains work better than one, or at least differently,” agreed Kevin Otto, a neuroengineer at Purdue University in Indiana. “They may be able to interact to change behaviors in ways that we can’t envisage in a natural environment, and this could be a step toward understanding that.”

And though Otto cited “limitations in the design and execution of the experiments,” he praised the paper for drawing attention to BTBIs as a way of exploring how neural systems work to govern behaviors that are rewarded. “The study helps to promote the role of BMIs not only in prosthetic applications, but also as scientific tools. It’s a contribution to that.”