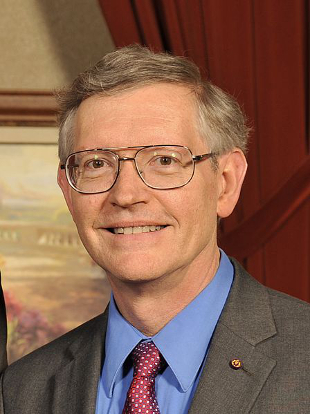 Stanford University’s W.E. Moerner, who shared this year's Nobel Prize in Chemistry for his contributions to super-resolution molecular imagingWIKIMEDIA, KEVIN LOWDERStanford University’s W.E. Moerner was in Brazil, attending a conference on fundamental light-matter interactions at Federal University of Pernambuco in Recife, the day the Nobel Committee announced he’d won a share of this year’s chemistry prize. Unreachable to the Nobel Foundation, the microscopy pioneer received the news from his wife Sharon, who called him in his hotel room in South America after she heard the good news from the Associated Press.

“It was incredibly exciting and overwhelming,” he told The Scientist. “Since I was in Brazil, it was not so easy to have direct communication with lots of people. What I did do was just stay in my hotel room and field phone calls and Skype interviews. That was the way the day was spent all the...

A bit of history

Moerner’s share of this year’s Nobel Prize in Chemistry was awarded for his achievements in single-molecule microscopy, which include imaging single copies of green fluorescent protein (GFP). The work paved the way for super-resolution microscopy, techniques that capture images with a resolution greater than 250 nanometers, the theoretical limit of optical instruments. “It’s the images of single molecules that is a critical ingredient to get to this super resolution idea,” Moerner said, “but in those days I was not thinking about super resolution.”

When asked about his achievements, Moerner is quick to name his students, postdocs, and collaborators, as well as his co-Laureates. “This is the product of the research of many people around the world, over time,” he said. He recounted the history of the technique, from the first time in 1989 when he, along with postdoc Lothar Kador, measured the absorption spectra of individual molecules. “That was at IBM, at the Almaden Research Center, where I was working as a research scientist. That was a truly exciting step forward because [for a while] we didn’t think it was possible.”

A year later, Michel Orrit and J. Bernard at the Center of Molecular Optical and Hertzian Physics at the University of Bordeaux in France detected the absorption of a single molecule using fluorescence, and a year after that, Moerner and another of his postdocs, W. Patrick Ambrose, used that fluorescence to image single molecules and document jumps in their resonance frequencies. “Then in the mid-90s, Eric Betzig” of the Howard Hughes Medical Institute’s Janelia Farm Research Campus and one of Moerner’s 2014 co-Laureates, “used a near-field optical method to image a single molecule at room temperature, which was an important step because then you could look at biological systems,” Moerner said.

Soon after that, when Moerner and postdoc Robert Dickson were imaging GFP, they noticed something a bit strange. “The single molecule turns on and off spontaneously,” Moerner said. It would continuously emit photons, then all of a sudden stop; then it would start again. Eventually, it would stop entirely, but Dickson discovered that introducing a blue light source could reinitiate the GFP fluorescence again. “This is occurring because of some subtle change in the molecule itself and its environment,” said Moerner. It’s just one of the “wonderful and amazing things [discovered] when you start seeing individual molecules,” he added, and this property “is essential to the super-resolution idea that Eric Betzig first presented” in 2006.

Today, Moerner continues his research on single-molecule imaging, working to develop better ways to achieve super resolution and detail the dynamics of single molecules over extended periods of time. “We’re developing new ways to extract information, to make these images be more detailed if you’d like. . . . The current resolutions are in the range of 20 to 40 nanometers; that’s fantastic, that’s four or five times better beyond the diffraction limit of 250 nanometers. But we can learn more if we go even further.”

His group is also working on the different applications of single-molecule imaging, and the possibilities seem endless. “There are so many things to be discovered and learned about biology that we couldn’t quite see before,” he said. Current projects include revealing new structural details of bacteria, detailing huntingtin protein aggregates, and imaging the positions of voltage-gated sodium channels.

“I’m incredibly excited to have this recognized by the Nobel Prize,” Moerner said. “I’m hoping that the funding will become a little more stable. I’ve been blessed with support from the NIH and DOE in recent years, but all agencies have challenges that are coming from the fact that federal support for basic research is not stable in the United States. I’m hoping that those kinds of things will improve.” 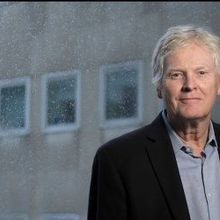