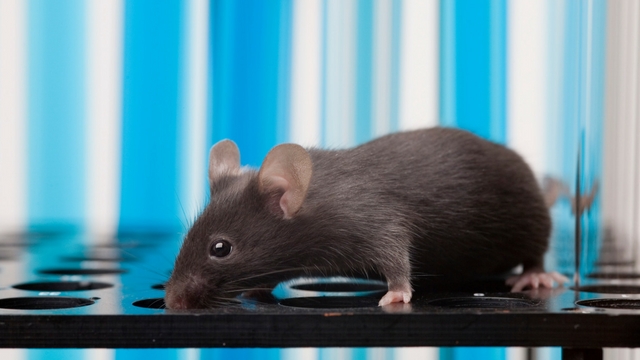 ISTOCK, DRA_SCHWARTZIndividuals who possess an innate resilience to age-related brain pathologies may offer molecular clues to unexplored therapeutics for neurodegenerative disease. After having accidentally discovered rapid aging and disease in mice with mutations in the gene that encodes the protein klotho—named after the Greek Fate Clotho, daughter of Zeus and spinner of the thread of life—independent researchers have shown that some people with genetic variants that promote elevated klotho levels live longer and tend to stave off age-related cognitive decline.

In a paper published today (August 8) in Cell Reports, scientists report that a fragment of klotho, similar to what winds up in circulation after cleavage from the cell membrane, boosted spatial and short-term memory in young and aging mice and improved both memory and mobility in a transgenic mouse model of neurodegenerative disease.

Notably, in each type of mouse, the protein fragment was injected into the...

Researchers aren’t sure how the injected klotho fragment works. To Dubal and her colleagues’ surprise, it produced potent effects without actually making it to the brain; it doesn’t appear to cross the blood brain barrier and doesn’t increase the brain’s own stores of this protein.

“It is very interesting that a large protein such as a klotho fragment has effects on cognition in mice of different ages as well as in a [transgenic] mouse model without evidence of significant penetration of the blood brain barrier (BBB),” writes David Holtzman of the Washington University School of Medicine, in an email to The Scientist. He was not involved in the present study.

To first test klotho’s effects on cognition, young mice were tasked with finding a hidden platform in a pool of water, then remembering its position using spatial cues. Mice injected with the klotho fragment—daily throughout the five-day procedure—swam less distance to find the hidden platform and remembered its location, as they spent more time in the platform’s general vicinity after it was removed.

One dose also boosted cognition in aging mice in a modified version of the Y-maze that assessed both spatial and short-term memory; mice spent more time in an unfamiliar arm during the testing phase after exposure to a familiar arm one throughout training.

Similarly, the protein fragment improved cognition and mobility in mice engineered to produce more alpha-synuclein—a protein that, in large quantities, occurs in Parkinson’s disease and various forms of dementia. All transgenic mice demonstrated motor problems and memory deficits that were improved by the klotho fragment.

Neuroscientist Henriette van Praag of the National Institutes of Health, who was not involved in the study, says she’s curious as to what klotho’s mechanism of action entails. “It would be interesting to take blood samples from young, aged, and [transgenic] mice after injection with the klotho fragment to see if it produces changes” in peripheral pathways that are capable of crossing the blood brain barrier.

Klotho did not decrease disease-causing proteins in the brains of the alpha-synuclein mice. Instead, the treatment appeared to modulate a signaling pathway important for neural plasticity, leading researchers to conclude that klotho can counteract age-related brain pathology.

While the protein doesn’t need to be delivered into the brain or elevated for long periods of time to enhance brain function, Dubal says, this doesn’t mean that it doesn’t act in the brain.

To explore this, Dubal and her group turned their attention to GluN2B, a protein that forms part of the N-methyl-D-aspartate (NMDA) receptor, important for learning, memory, and neural plasticity. Dubal previously demonstrated that transgenic, life-long klotho upregulation increased this protein. Here, the researchers demonstrated that while injected klotho fragments did not result in more GluN2B, its cleaved form increased, indicating that this subunit was activated. Furthermore, specifically blocking the GluN2B subunit of NMDA receptors prior to cognitive testing blocked klotho-induced cognitive enhancements in the Y-maze.

How klotho works to impact cognition and brain plasticity, says Holtzman, “will be important to understand in future studies, as the klotho fragment’s effects could ultimately turn out to be useful from a clinical standpoint.”

As a potential therapeutic, van Praag says, “it seems very promising.” But, “until we know what the peripheral factors are and find out exactly how it’s eliciting these changes in the brain”—in addition to understanding its potential toxicity and side-effects—“we can’t really think about using it in humans.”