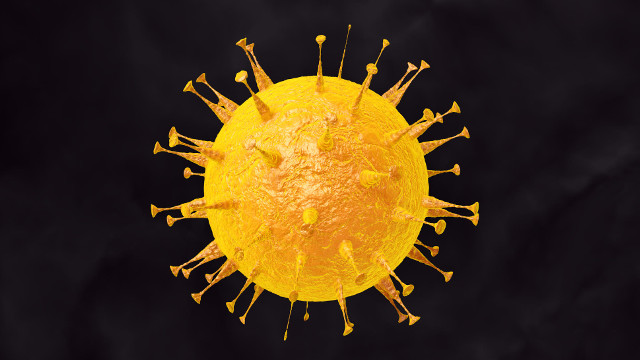 ISTOCK, ubrxOne mutation in the Zika virus is responsible for catastrophic consequences in its hosts. A sequence change resulting in one amino acid substitution can convert an ancestral Zika strain that causes only mild microcephaly into one that causes severe fetal microcephaly in mouse embryos, according to a study published today (September 27) in Science.

“It was not clear previously how Zika virus evolved from a relatively benign virus to a virulent pathogen. This work provided new insight into this question,” Pingwei Li, who studies innate immunity and structural biology at Texas A&M University, writes in an email to The Scientist.

“I like this study quite a bit,” says Alysson Muotri, whose lab at the University of California, San Diego, had previously shown that the Brazilian strain of Zika can cause birth defects in mouse embryos and human brain organoids. “This is the first...

From mild to major infections

A type of flavivirus, Zika was relatively rare and known to cause mostly benign infections in humans until recent epidemics in Central and South America, including Brazil. Health officials have linked viral infection during pregnancy to congenital brain abnormalities, including microcephaly, during fetal development.

Zhiheng Xu’s lab at the Institute of Genetics and Developmental Biology at the Chinese Academy of Sciences previously showed the ability of Zika virus to cause microcephaly in mice. Teaming up with virologist Cheng-Feng Qin of the State Key Laboratory of Pathogen and Biosecurity in Beijing and colleagues, he sought to understand whether the recent epidemic-causing Zika strains were more likely to cause fetal microcephaly than older strains and what might be responsible for those differences.

The work does not suggest that the S139N mutation is solely responsible for the ability of Zika virus to cause microcephaly in humans.

The team found that three 2015-2016 Zika strains, when injected into the brains of one-day-old mice, resulted in 100 percent mortality, while an ancestral Asian strain, isolated in 2010, resulted in 16.7 percent mortality. Injecting the Americas Zika strains directly into the brains of mouse embryos at the equivalent of the human second trimester led to microcephaly five days later, yet the same infection experiment conducted with the ancestral strain led to less severe brain damage.

From the ancestral strain, the researchers then constructed seven different mutant viruses, each with a single amino acid substitution that has been identified in more recent Zika strains. Of these seven, the S139N mutant virus—in which an asparagine takes the place of a serine in a surface protein—displayed the greatest virulence in the brains of neonatal mice. “Even though these are mouse models infected in the lab, far from the way infection happens in humans, this is a very cool experiment that shows the mutation can cause severe microcephaly,” says Muotri.

More than a mutation

According to the authors, the S139N mutation was first documented in 2013 in the Americas and has since been stably maintained within the strains responsible for the recent outbreaks in the Americas. The mutation maps to the surface of prM, one of the three Zika structural proteins.

“We had expected that several mutations would be needed to . . . cause very significant microcephaly compared to the older Asian strain,” writes Xu in an email to The Scientist.

Still, the work does not suggest that the S139N mutation is solely responsible for the ability of Zika virus to cause microcephaly in humans, stresses Kristian Andersen, whose lab at the Scripps Research Institute studies the genomics of infectious diseases including Zika virus and who was not involved in the work.

While interesting, “the study only addressed one of many factors that may contribute to the microcephaly observed during recent Zika outbreaks,” writes Andersen in an email to The Scientist. “The reason we only started observing microcephaly once Zika hit Brazil could be due to many factors including differences in human genetics, in reporting and clinical care, in virus genetics, in previous exposure to other related viruses and probably most importantly, just the sheer size of the outbreak in the Americas, which have allowed investigators to observe and investigate relatively rare clinical events, such as microcephaly.”

Muotri agrees. “These mutations are not working in isolation, and it will be important to understand what contributions environmental and other factors have on the ability of Zika to cause microcephaly.”

One outstanding question is how these results might reflect what happens during the course of human infection. “I would like to see these types of experiments repeated in a pregnancy mouse model to see whether the mutant virus can find its way to the NPCs of the fetus and also in primate models,” says virologist Jean Lim of the Icahn School of Medicine at Mount Sinai in New York City who was not involved in the study.

Another limitation, Andersen points out, is that the experiments don’t appear to have been blinded, in that researchers were aware which strain was administered to the mice. “For a study like this, it’s absolutely critical that a study is fully blinded, randomized, and repeated multiple times for each experimental group,” he writes.

For Li, the next step should be to understand the mechanism by which the S139N mutation affects viral infection and replication of neurons. According to Xu, he and his colleagues are now trying to do just that and also identify other Zika virus mutations that may have a role in microcephaly.