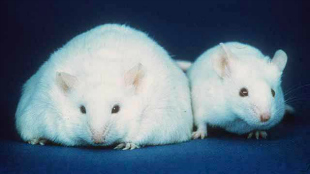 WIKIMEDIA, BIGPLANKTONThe ability of beige fat tissue to burn energy by producing heat has made it an appealing target for a potential obesity therapy. In studies to find out what turns on these calorie-chewing cells, two independent teams ended up converging upon the same innate immune pathway. Their papers, published today (June 5) in Cell, demonstrate that beige fat activation relies upon the signaling of particular interleukins and the activation of adipose tissue macrophages.

“The big surprise is that there’s an immune pathway that regulates thermogenesis,” said Peter Tontonoz, who studies lipid signaling at the University of California, Los Angeles, and who did not participate in the research. “[This is] a new function for the innate immune system beyond pathogen response.”

It’s known that cold exposure can stimulate the production of beige fat cells in humans. Ajay Chawla at the University of California, San Francisco, and his colleagues wanted to know the mechanism of this phenomenon. In their latest study on mice, Chawla and his colleagues found that cold-induced beiging requires two cytokines, IL-4 and IL-13. Removing the cytokines, the cells that produce them, or the macrophages that the cytokines target resulted in the mice no longer producing beige fat.

Around the same time, Harvard Medical School’s Bruce Spiegelman was investigating a related phenomenon in muscle: that turning on a particular transcriptional coactivator, PGC1α, leads to the browning of fat in mice. Spiegelman’s team wanted to know if there were any secreted factors responsible for the fat-browning phenotype, and stumbled upon a hormone called meteorin-like protein.

Spiegelman and his colleagues showed in their latest study that meteorin-like protein also leads to the production of IL-4 and IL-13 cytokines and stimulates the activation of macrophages in adipose tissue. While Spiegelman and Chawla arrived at beige fat from different angles, they happened upon the very same pathway. “It’s delightful because it provides independent confirmation, which is always great,” Chawla told The Scientist.

“They’re bringing the immune component to the picture here,” said Philipp Scherer, an adipogenesis researcher at the University of Texas Southwestern Medical Center in Dallas. “It represents a step forward, conceptually.”

“The role of immune cells in regulating fat cell differentiation programs hasn’t been well established,” said Patrick Seale, who studies adipose tissue at the University of Pennsylvania’s Perelman School of Medicine. “It suggests they’re playing a role in the function of the fat cells themselves.”

Chawla’s team went on to show that inducing this pathway led obese mice to lose weight. Specifically, the researchers administered IL-4 to mice for two weeks. Compared to control mice, the treated animals ended up weighing less, having less fat overall, and becoming more sensitive to insulin. “This provides pretty strong evidence that targeting this tissue . . . could make a dent in obesity by increasing energy expenditure and improving metabolic function,” Chawla said.

“These are not minor effects,” Seale told The Scientist. The mice lost about 13 percent of their total fat mass over the course of treatment, for instance. But Tontonoz pointed out that IL-4 would not likely work as a therapeutic because it serves several functions throughout the body. “But the concept that you might be able to modulate the overall thermogenic capacity of adipose tissue is still an attractive idea,” he said.

Spiegelman said there are any number of possible beiging or browning agents that might turn out to be therapeutic targets. His group found that injecting meteorin-like protein into obese mice twice a day for a week resulted in a small amount of weight loss. And even modest reductions in weight could have a big impact if they are cumulative over time. Still, “it’s a long way between using a viral vector in mice and treating a human being with a recombinant protein,” he said, adding, “That’s the long-term hope.” 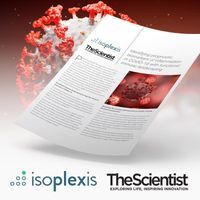