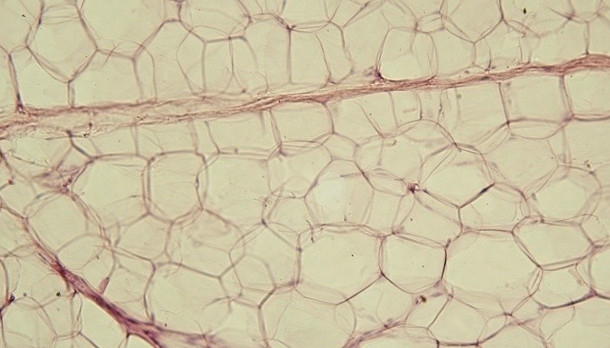 “Many mechanisms are involved in obesity-related adipose tissue inflammation and insulin resistance,” study coauthor Daiju Fukuda of University of Tokushima, Japan, wrote in an email to The Scientist. “We think that our result is one of [these mechanisms].”

“This is a very important piece to help explain the inflammatory basis of metabolic disease,” Gokhan Hotamisligil, a professor of...

“This is very novel because, I think, few would have thought to home in on DNA released from dead adipocytes as a signal to attract immune cells,” said Andrew Greenberg, director of the Obesity and Metabolism Laboratory at Tufts University in Boston who was also not involved in the work.

Because prior observational studies have shown that fat cells degenerate in obese individuals, Masataka Sata of Tokushima and colleagues investigated whether obese mice fed a high-fat diet had higher levels of cell-free DNA—shed from the dying fat cells—compared to non-obese mice fed a standard diet. The researchers found higher levels of both double- and single-stranded DNA (ssDNA) as well as increases in cell-free, ssDNA that were proportional to increases in visceral fat and blood glucose levels in the obese mice compared to controls. Notably, “the ssDNA accumulated in adipose tissue macrophages in obese mice, but not in lean mice,” wrote Fukuda.

The team focused on TLR9 because it is expressed in several types of immune cells, binds to exogenous DNA, and has been implicated in the development of several inflammation-associated diseases. “Recent studies also revealed that TLR9 can recognize DNA fragments released from degenerated or damaged cells and organs,” noted Fukuda.

Consumption of a high-fat diet increased the expression of Tlr9 in visceral fat of the obese mice, particularly in the macrophages within the adipose tissue. Using cultured wild-type macrophages or those that did not express TLR9, the researchers demonstrated that TLR9 is activated by cell-free DNA from dying adipocytes and stimulates proinflammatory activity of the macrophages. Adding tumor necrosis factor α (TNF- α)—previously shown to stimulate degeneration of adipocytes—boosted the amount of cell-free DNA released from dying adipocytes.

“I like this experiment very much,” said Hotamisligil. “It’s a good quality experiment that supports the [researchers’] hypothesis and provides an explanation for the action of TNF-α in perturbing metabolism.”

Adding back TLR9 specifically to the bone marrow cells of mice missing Tlr9 restored increased levels of inflammation and insulin resistance compared to control mice that received bone marrow cells that did not express TLR9. Obese mice given a TLR9 inhibitor showed fewer macrophages within their visceral fat tissue, reduced inflammation, and increased insulin sensitivity compared to their placebo-administered counterparts.

Why adipocytes die off has yet to be fully understood. Researchers also question to what extent the mechanism described in the present study may contribute to inflammation in normal adipose tissue. Another question, noted Greenberg, is whether the circulating cell-free DNA from dying adipocytes affects other tissue types.