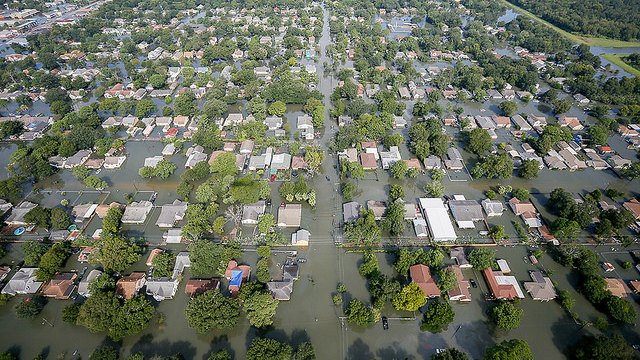 “We are hopeful that the spraying will help prevent an increase in mosquito-borne disease,” Chris Van Deusen, director of media relations for the Texas Department of State Health Services, tells The Scientist.

After flooding, an upsurge in the number of mosquitoes is common because eggs laid during previous floods hatch and develop. Van Deusen explains that most of these mosquitoes are a nuisance, but unlikely to cause disease.

The species that carry viruses have slightly different life cycles, but their numbers are also likely to rise as excess water expands their favorite hatching grounds. Aedes aegyti, the primary mosquito that transmits Zika virus, favors water-filled containers, such as empty flowerpots or old tires. Mosquitoes of the genus Culex, the vectors for West Nile virus, prefer to lay their eggs in ditches or storm sewers.

Typically, officials monitor population levels of these and other species using a network of traps throughout Harris County, as well as a measurement of how many mosquitoes land on a person in one minute, called the landing-rate count. Debboun’s team has used a similar landing-rate surveillance method since the storm and seen a wide variation in numbers. In places with lots of water and vegetation, counts have been more than 100 per minute, double the levels that would normally be considered high. 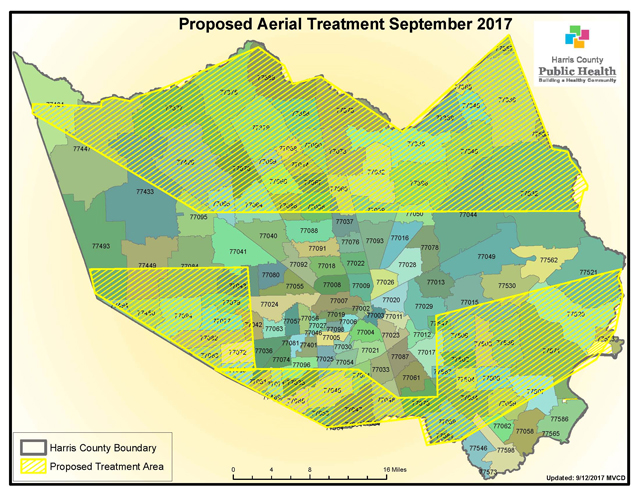 Every night since Labor Day, Debboun has sent trucks to spray insecticide from dusk until 5:30 A.M. in the accessible areas with the highest mosquito counts. “Because of the flood there’s going to be more water. There are going to be more mosquitoes, and so we have to do the best we can,” says Debboun.

Van Deusen explains that any increase could be delayed. “That’s one of the things that we’re trying to combat,” he says. “It varies from event to event whether there is an increase in mosquito-borne disease after a flood like this.”