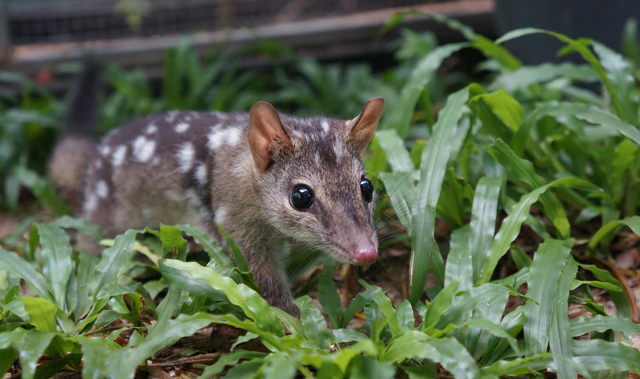 Northern quollELLA KELLYAttempts to save animals from extinction often include relocating them to zoos or another location safe from threats. But a study published in Biology Letters today (June 6) suggests that this isolation could have unintended consequences. The authors found that after just 13 generations, northern quolls (Dasyurus hallucatus)—small, carnivorous marsupials native to Australia—sequestered on an island without predators no longer avoid predators’ scents as do their counterparts on the mainland that coexist with predators. This could make the animals more susceptible to predation when they are reintroduced to habitats with predators.

“This [paper] is really important because one of the challenges in much of the world—and especially in Australia—is trying to reintroduce species to places with either . . . predators or novel predators from populations that weren’t exposed to predators. Many of these reintroductions or translocations fail,” says Dan Blumstein, who...

Northern quolls are about the size of a six-week-old kitten and look a bit like mice with white spots and furry tales. Their numbers have plummeted since the 1930s, when invasive cane toads (Rhinella marina) were introduced to Australia and the marsupials consumed the toxic toads in place of nontoxic, native amphibians. Quoll populations also face predation from dingoes, foxes, and feral cats. 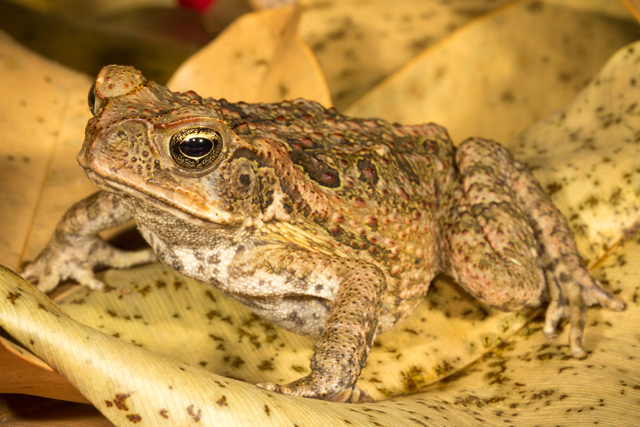 In 2017, University of Melbourne PhD student Christopher Jolly and colleagues published a study describing their attempts to reintroduce northern quolls to Kakadu National Park on mainland Australia. Before releasing them, the researchers trained the marsupials, which had been isolated since 2003 on an island free of cane toads and predators, to avoid the toxic amphibians. The majority of trained quolls avoided death by toad consumption, but were quickly killed by dingoes, leading the team to suspect that the marsupials may have lost antipredator behaviors while living dingo-free island life.

In the current work, Jolly and his collaborators looked into how life without predators affects quoll behavior. They caught 16 quolls from the island and eight from the mainland, where both dingoes and cats are prominent predators. Then the researchers offered individual quolls three boxes each containing wood shavings and 10 meal worms, a tasty treat. The marsupials could enter the boxes via a hole in the top that was surrounded by dingo hair or cat hair, which released the predators’ scents, or neither. Quolls from the mainland ate fewer mealworms from predator-scented boxes than from the unscented box and also spent longer investigating the predator scents than the no-fur control. Island quolls seemed generally indifferent to the predator smells, as they ate similar numbers of meal worms from all three boxes and spent comparable time investigating each of the scents.

The team also tested the responses of both mainland and island quoll offspring, which were all born in captivity and thus had no previous exposure to cats or dingoes. They found that the response of the young paralleled that of their parents, suggesting there’s an inherited component of antipredator behavior. The mainland quoll offspring spent more time investigating the predator-scented boxes than the control box, although to a lesser degree than their parents did. 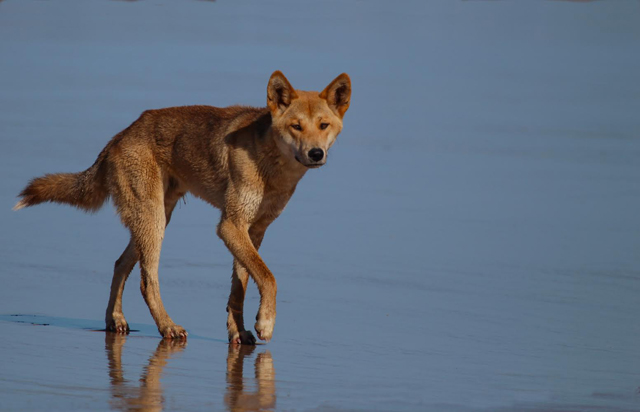 “It seems like there’s an interaction between what they inherit from their parents and what they get from actually being exposed to predators,” Jolly tells The Scientist. “About half of their life they spend with their mothers, so there’s probably a lot of cultural dissemination of behaviors.”  One possibility is that the quolls are primed for predator aversion via an inherited component, and then they must also learn to avoid them, he says.

That inherited component hasn’t yet been nailed down, but doing so would help give a sense of whether or not it’s reversible. “Maternal effects and epigenetics would be an alternative hypothesis to the kind of genetic change we usually think of, which is a change in allele frequencies,” says Susan Foster, an evolutionary biologist at Clark University in Massachusetts who did not participate in the work. “It would be really helpful to understand whether it’s actually been lost in such a way that it can’t be reinstated,” she adds.

The authors “don’t know that it’s completely lost,” agrees Sarah “Sally” Otto, a theoretical biologist at the University of British Columbia who was not involved in the study. She says that other open questions include how possible differences in motivation to eat between mainland and island quolls could affect the team’s findings and whether responses to predators that are not based on olfactory cues are also weakened.

Despite the unknowns, Otto says, the broader implications of the work are exciting. “This study raises another hurdle faced by conservation biologists trying to save species from the brink of extinction. Breeding programs alter selection and can lead protected species to lose their ability to survive under harsher natural conditions,” she says. “Reintroduction programs that are staged—selecting first for the most predator-aware of the quolls before release—may be critical to success.”