Dozens of new invertebrate species have emerged from deposits of 50-million-year-old amber in India, according to researchers reporting their findings in this week's issue of the Proceedings of the National Academy of Sciences. The international team of scientists plucked more than 100 new species from the ancient tree resin found among shale sediments in the western state of Gujarat. Surprisingly, the finds display an evolutionary relatedness to species found in Asia, Europe, Australia and South America, suggesting species in ancient India mixed with animals in other continents. 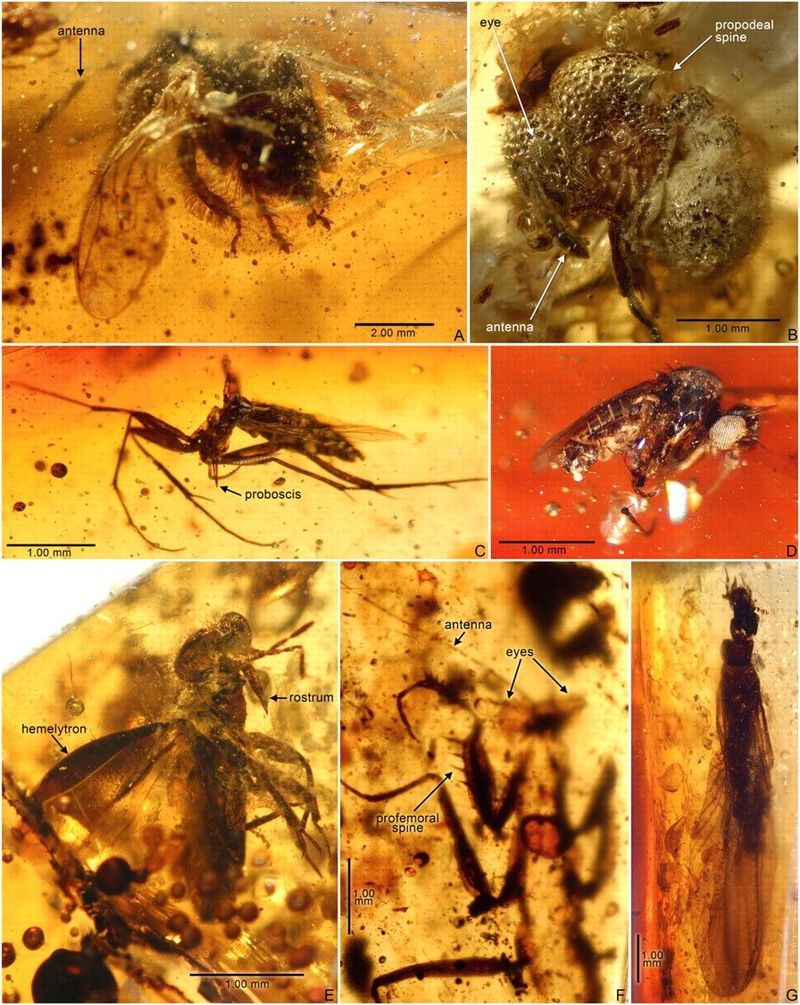 Representative insects in Cambay amber of biogeographic and ecological significance. Taxa have closest known relatives in Baltic amber (A and C), Recent of southeast Asia (B and D), or the Neotropical Region (E and F); some of these taxa are also eusocial (A, B, and G). (A) Bee, near the...

This finding contradicts the prevailing notion that the subcontinent's millennia-long isolation resulted in unique faunal communities as the landmass broke off from Gondwana, one of the supercontinents that formed Pangaea, and floated northward on a collision course with Asia. "Much the way that marsupials define the biota of Australia, we expected to find the same thing only with insects in this amber from India," said lead author David Grimaldi, invertebrate zoologist at the American Museum of Natural History. "Actually, most of the things that we've studied so far are close relatives of things found in Australia, Northern Europe, Southeast Asia, and tropical South America. We were very struck by that."Grimaldi added that a chain of islands that stretched from India to the Asian mainland during the subcontinent's northward journey could have facilitated gene flow, evidence of which his team uncovered in the Indian amber.Though the amber, which was unearthed in vast pits dug to mine fossilized wood fuel called lignite, is not as brilliantly colored as ambers from the Baltic region or the Dominican Republic, the integrity of the specimens it harbors is unparalleled, according to first author Jes Rust, University of Bonn paleontologist. "It's somewhat like if you have a complete dinosaur," he said. "Not only a skeleton, but a complete one."The researchers searched through 150 kilograms of amber in three months, and they say that much more amber and many more species remain to be studied. "We've just scratched the surface at this point," Grimaldi said. "There is a huge amount that can be done."