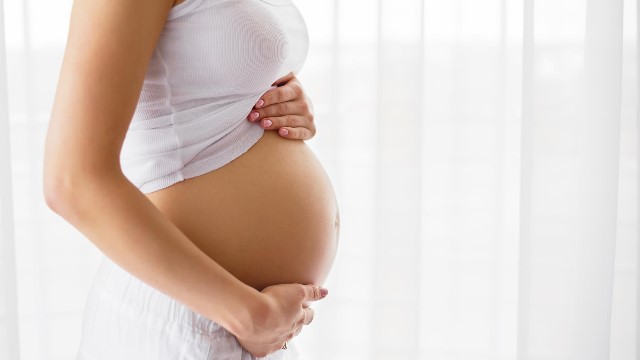 ISTOCK, GRINVALDSDuring pregnancy, a woman’s immune system undergoes various changes as it balances protection against pathogens with tolerance of fetal antigens. But the timing of particular changes, and how they regulate the onset of labor, have so far been difficult to define. Now, using a combination of mass cytometry and computational modeling, researchers at Stanford University have described a “clock” for the immunological events leading up to birth. The findings were published today (September 1) in Science Immunology.

The study “has generated a vast amount of new and confirmatory data on how the immune system differs in pregnancy,” writes Lynne Sykes, a clinical lecturer at Imperial College London who was not involved in the work, in an email to The Scientist. “This methodology holds great potential for the authors to unravel the complex immunological changes that precede (and may predict) early miscarriage, preterm labour, [and]...

Over the nine months of pregnancy, the mother’s immune system dials up parts of the innate immune response, such as the activity of natural killer cells, while dialing down significant aspects of the adaptive response, such as T-cell abundance. Failures in the regulation of these adjustments are now thought to be linked to complications in pregnancy, such as preterm birth.

“The notion of timing of these immunological mechanisms is really important,” says study coauthor Brice Gaudilliere, an anesthesiologist at Stanford University. “The question we wanted to ask was, ‘Can we define the immunological clock of pregnancy?’”

Previous attempts to address this question have mostly used proteomic analyses, which rely on proteins in the blood to characterize immune activity. Keen to get a more complete picture, the Stanford researchers instead looked at whole cells, using mass cytometry to analyze the circulating blood of 18 women drawn at three time-points during pregnancy, and again six weeks after birth.

We are able to accurately estimate the gestational age of these patients. The fact that we could do that in patients we had never seen before [indicates] that the changes due to pregnancy are systematic and reproducible.—Nima Aghaeepour,
Stanford University School of Medicine

The resulting dataset required a customized analytical approach. “The amount of data we produced was beyond what we could deal with using traditional statistics,” explains study coauthor Nima Aghaeepour, a computational biologist at Stanford University School of Medicine. “We had to develop algorithms that could go beyond looking at one aspect of the immune system at a time, and look at the entire network and its modularity altogether.”

With these algorithms, the team developed a computational model that could use changes in the peripheral immune system to predict the gestational age of pregnancy—and therefore highlight consistent changes at particular time points across the women in the study. To maximize the accuracy of this model, the researchers incorporated as much biology as possible, Gaudilliere says.

“There’s a certain amount of knowledge about how immune cells behave,” he explains. For example, researchers already know “what happens to a T cell when you activate the T-cell receptor, what happens to a neutrophil when you expose it to some kind of bacterial antigen.” Coding this biology into the model helps rule out unlikely connections that might be made using cytometry data alone and so “really increased the predictive power of this algorithm.”

The model produced by the team’s approach highlighted several predictors of gestational age that were already known to be important during pregnancy. For example, says Gaudilliere, “the innate immune response’s pathogen defense is being ramped up as the mother goes into pregnancy, potentially to counteract other mechanisms linked to immunosuppression.”

But the work also uncovered factors that had not been shown before in humans, such as the activation of the STAT5 signaling pathway in multiple types of T cells. Gaudilliere notes that although this signaling is known to be critical for maintaining maternal tolerance of the fetus in mice, its role in human pregnancy has been less clear. “What the data are showing us is that there’s probably an increased requirement for these immunosuppressive cells during the course of pregnancy,” he says.

Finally, to verify the efficacy of their model, the researchers applied their gestational-age predictor to blood samples from another cohort of 10 women. “We are able to accurately estimate the gestational age of these patients,” says Aghaeepour. “The fact that we could do that in patients we had never seen before [indicates] that the changes due to pregnancy are systematic and reproducible.”

David Klatzmann, an immunologist at the Pierre and Marie Curie Medical School in Paris, notes that although the results themselves aren’t particularly surprising from an immunological point of view, the team’s study is a useful proof-of-concept for the approach. “It proves that accessing peripheral blood and using big data analysis can generate valuable information,” he says. “This sort of application of systems biology to study health—that’s of course, I think, the future.”