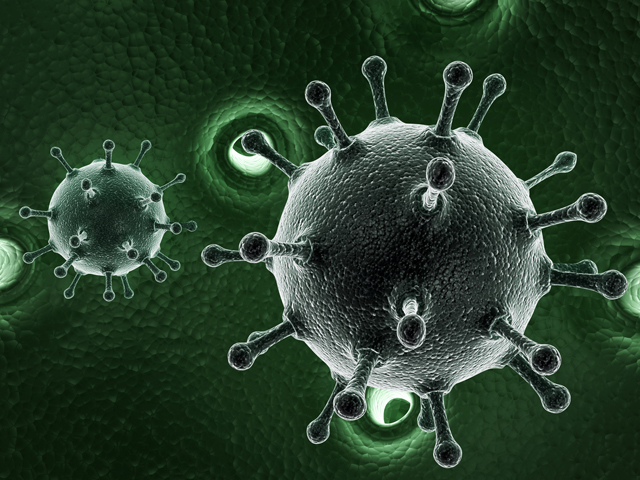 Illustration of Hepatitis viral particlesISTOCK, SARATHSASIDHARANMore than 250 million people worldwide are currently living with Hepatitis B virus (HBV), which infects the liver. While hundreds of thousands of them die each year of HBV-related complications such as cirrhosis and liver cancer, the virus’s origins are still not well understood. In a study published today (May 9) in Nature, researchers find evidence of HBV in human genomes from Eurasian remains dating from around 200 to 4,500 years ago, suggesting that people have been living with the virus for thousands of years.

“In the Hep. B field, we’ve always thought that HBV was an ancient pathogen of humans, but there hasn’t been any evidence” older than about 400 years, until this study, Margaret Littlejohn, a senior medical scientist at the Victorian Infectious Diseases Reference Laboratory of the Doherty Institute in Melbourne, Australia, who did not participate in...

The work began with an investigation by Eske Willerslev, an evolutionary geneticist at the University of Cambridge and the University of Copenhagen, and colleagues designed to understand human population history across an 8,000-kilometer-wide swath of Europe and Asia. The researchers sequenced the genomes of more than 200 ancient humans, whose remains ranged from 11,000 to 500 years old.

“We sequence the genomes . . . by shotgun sequencing, and the vast majority of the DNA we’re getting out is actually nonhuman,” says Willerslev. “Originally, this is not something we paid much attention to. It was just kind of [a] waste product, but now we have started investigating this waste product for possible pathogens.” After they realized that the “waste” DNA might give insight into HBV’s origins, the group mined 137 of these genomes for evidence of HBV, along with 167 genomes of other ancient humans sequenced for work published in Nature in 2015.

Willerslev and colleagues identified 12 HBV genomes from 12 individual ancient humans found across Eurasia and ranging from 800 to 4,500 years old. They found that HBV types that are common in Africa and Asia today were already present in the region thousands of years ago. The authors also showed that three of the ancient HBV genomes were most closely related to modern gorilla and chimpanzee HBV. 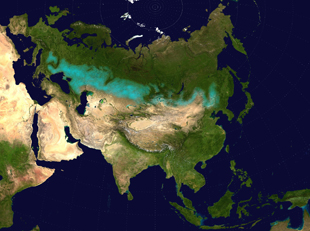 “When people started trying to infer the ages of Hepatitis B viruses, the very early numbers are saying that Hep. B is probably a few hundred years old to a few thousand years old,” says Lilly Yuen, also a senior medical scientist at the Victorian Infectious Diseases Reference Laboratory who was not involved in any of the studies. But other researchers have found the avian version of HBV in ancient bird genomes, suggesting that it could be millions of years old, she says.

The HBV genomes Willerslev sequenced contained evidence for recombination and lineage extinction, suggesting that HBV must be older than 4,500 years—this is because the virus would have needed time to undergo such evolutionary changes. All the findings together point to a much older origin of HBV.

“We’re all quite excited that we can actually go [this] far back in time with HBV,” says Johannes Krause, an evolutionary geneticist at the Max Planck Institute for the Science of Human History in Germany who did not participate in the study. On Monday (May 7), Krause and colleagues published a preprint in bioRxiv describing three ancient HBV genomes found in human tooth samples, one of which is approximately 7,000 years old.

Krause says that based on his own work and the study from Willerslev’s team, it is still unclear how old HBV actually is. “It could be much older. It could even be coming out of Africa, which would explain why chimpanzees and gorillas fall together with the oldest HPV genomes,” he adds. “That could be one explanation, but we also find it in the new world and new world monkeys and old world monkeys separated 60 million years ago, so it’s very unlikely it’s that old. There’s lots of open question marks here.”

Barbara Mühlemann, a graduate student at the University of Cambridge and coauthor on the Nature HBV paper, tells The Scientist that the next step in exploring humans’ history with viruses is to look more in depth at the ancient HBV sequences to see whether variation in the old sequences sheds light on future changes the virus could make.

In a corresponding study published today in Science, Willerslev and colleagues used the ancient genomes to follow the influence of horse domestication on ancient human movements across Eurasia. Their analyses revealed that human geographic shifts were intimately tied to the advent of using horses to pull chariots and to ride while wielding bows and arrows.

From previous work, the group established that there was a migration of Central Europeans into Eurasia approximately 5,000 years ago, but people living in Central and Western Asia nowadays are mainly of Asian descent. In a second Nature study published today, the investigators used genomic analyses to show that this replacement of people of Central European descent by people of Asian descent took place as gradual waves of westward expansion over about 4,000 years.