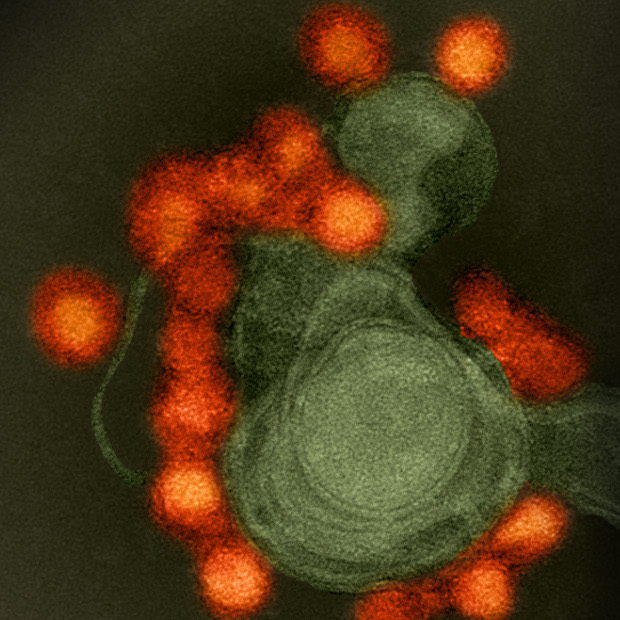 A preventive DNA vaccine encoding two Zika structural proteins protected Rhesus macaques from viral infection. The results, published today (September 22) in Science, are encouraging for organizers of the ongoing Phase 1 clinical trial testing one of the two vaccines examined in this nonhuman primate study. The new work suggests a minimal antibody level in the blood that is likely necessary for protection against Zika virus infection in in people.

“This is a reassuring development and critical advance,” said Nelson Michael of the Walter Reed Army Institute of Research in Silver Spring, Maryland, whose team is testing a formalin-inactivated viral particle vaccine. Michael was not involved in the present study, but regularly communicates with its authors, sharing Zika-related data. “This [DNA vaccine], if proven safe and [that it] generates the type of immune response in humans...

While another DNA vaccine—generated by a team including Michael and researchers from Harvard Medical School and University of São Paulo, Brazil—is not intended for the clinic, the DNA vaccine examined in the present study and another immunization—being developed by Inovio Pharmaceuticals—could both eventually be used to protect people against Zika infection.

Ted Pierson and Barney Graham, both of the National Institute of Allergy and Infectious Diseases (NIAID), and their colleagues created two DNA vaccine versions, both with genes encoding Zika pre-membrane and envelope genes, plus an additional short Japanese encephalitis virus sequence into a cytomegalovirus promoter-based plasmid vector. To one of the vectors, the team added an additional short flavivirus sequence that promotes more-efficient release of subviral particles.

A single immunization dose of either vaccine generated neutralizing antibodies in mice, the researchers reported. In Rhesus macaques, a single 4 mg intramuscular injection of either viral vector or two 1 mg doses given four weeks apart resulted in higher antibody titers than a single 1 mg dose, the team showed.

When challenged with the Puerto Rican Zika strain eight weeks later, 17 of 18 animals immunized with either the single 4 mg dose or two 1 mg doses showed no detectable virus, while one animal contained a low level of Zika DNA. In contrast, animals vaccinated with a control vector or a single 1 mg dose harbored replicating viruses by day four, post-infection.

“It will be important to define why the vaccine did not protect all animals from infection and also in those it did protect how long the protection lasts,” Jonathan Ball, a virologist at the University of Nottingham, U.K., who was not involved in the work, wrote in an email to The Scientist.

“These experiments give us laboratory benchmarks that we can use to gauge the immunogenicity of these products in humans,” Michael told The Scientist.

While researchers have hypothesized that a suboptimal level of neutralizing antibodies could enhance infection of specialized immune cells and worsen disease, the 1 mg single dose immunization results suggest this is not the case. Animals in these treatment groups showed similar or lower levels of virus compared to vaccination controls that were also challenged with Zika. Further, previously tested vaccines—including the DNA-based candidate being tested on healthy volunteers—similarly have not shown signs of antibody-dependent enhancement (ADE).

“But because this phenomenon [ADE] occurs rarely with dengue, a small study like ours is not likely to capture this,” Pierson noted.

“The evidence for accelerated disease has so far come from studying cells growing in a dish,” said Michael. “We have not seen any antibody-dependent enhancement or differences in Zika virus replication clinically.”

“We need to watch this carefully in the trials,” he added, “but I think that this phenomenon is overblown.”

Whether antibodies produced following vaccination could enhance infection by dengue and other flaviviruses must still be resolved, according to Ball. “The recent findings that antibodies can cross react between Zika and dengue means that this possibility needs to be ruled out,” he told The Scientist.

No DNA vaccine against Zika has yet been approved for human use. To Michael’s mind, a DNA vaccine offers a promising short-term solution while an inactivated vaccine—which won’t be tested in efficacy trials for at least 18 months but could be made in very large quantities at a lower cost—and other long-term solutions are still being developed.