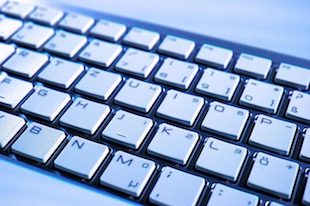 Nearly three years after concerns were first raised about figures published in a 2011 PLOS Biology paper, following investigations by the journal and the corresponding author’s institution, the authors and editors are now retracting the study, according to a notice published today (May 23). This is the latest in a series of corrections and retractions associated with the study’s corresponding author, Mário Saad of State University of Campinas in São Paulo, Brazil.

“The authors and editors retract this publication following an investigation into concerns around the data presented in several figures that were brought to the editors’ attention,” the retraction reads. The notice cites concerns with figures 1, 4, 5, 6, 7, 8, 10, and S6: “The authors state that although the data described were correctly obtained with high reproducibility, they inadvertently used the wrong blots in several figures resulting in duplications.”

Saad and colleagues reported that mice with a genetic mutation thought to confer resistance to insulin sensitivity raised in a nonsterile environment developed a condition resembling metabolic syndrome and had gut microbiomes that resembled those of obese mice. Commenters first raised concerns about portions of the team’s paper on the journal’s website and at the post-publication peer review website PubPeer in 2013 and 2014, respectively. This March, one of the commenters, Paul Brookes of the University of Rochester Medical Center in New York, published an open letter to PLOS Biology, calling for the paper’s retraction.

“I find the authors’ claim that the blot irregularities were ‘inadvertent’ to be completely unbelievable,” Brookes told The Scientist in an email today (May 23).

“I believe that the retraction note contains all the information that is necessary,” study coauthor Andrea Caricilli wrote in an email.

Last month, a State University of Campinas spokesperson told The Scientist that the institution’s School of Medical Sciences assembled a committee to address concerns about the study in March 2016. According to the retraction notice, the committee did not find evidence of research misconduct. But the journal’s editors concluded that the State University of Campinas-commissioned investigation did not adequately address the concerns related to the reliability of the paper’s conclusions, according to a statement from the university.

“They [the journal’s editors] believe that the volume of errors in the reporting of experiments [undermine] the main conclusions and stated that they intend to place an expression of concern on this PLOS [Biology] paper if Dr. Saad is not able to explain the errors transparently at short notice,” the university told The Scientist in an April 12 email—before a retraction was agreed to.

A separate State University of Campinas investigation, launched in 2014, reviewed four other papers by coauthored by Saad and colleagues, all published in the American Diabetes Association journal Diabetes. A separate external committee began investigating those papers in January 2015, the university said. The group eventually recommended that one the papers be retracted in full, that another be partially retracted, and that another be corrected. The group recommended no corrections on the fourth paper.

On March 24, Diabetes retracted for all four papers, Retraction Watch reported. (Saad had previously sued the American Diabetes Association, alleging defamation after its journal issued expressions of concern on the papers; the suit was eventually dismissed.)

Following the Diabetes retractions, the American Diabetes Association told Saad’s institution that it would “not accept new manuscripts authored by Unicamp [State University of Campinas] faculty until appropriate corrective actions are taken,” a spokesperson for the university told The Scientist.

Meantime, the spokesperson added, the university “has been contacted by other journals bringing other cases of possible research misconduct of Dr. Saad and other members of his research group. . . . Unicamp [State University of Campinas] is conducting a new investigation procedure that comprises not only research and scientific aspects but also conduct and moral.”

The university would not comment on these ongoing investigations. According to the spokesperson, the institution is also “studying to put together a special office to deal with research integrity.”

The Scientist did not receive responses to additional requests for comment from Saad or the State University of Campinas by press time. 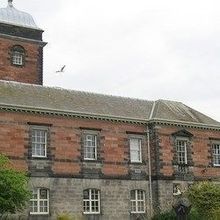