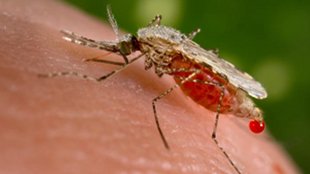 Anopheles stephensiWIKIMEDIA, RSABBATINICreating a stable, heritable infection of Wolbachia bacteria in Anopheles stephensi mosquitoes diminishes the insects’ chances of transmitting the human malaria-causing parasite, according to a report published today (May 9) in Science. The results suggest that such modified mosquitoes could contribute to malaria prevention strategies in the future.

“It’s a very nice demonstration that Anopheles genus, the most important disease vector mosquitoes, which haven’t previously been shown to naturally support Wolbachia infections, can indeed do so in a stable inherited manner,” said Steven Sinkins, head of the Mosquitoes & Wolbachia group in the Experimental Medicine division at the University of Oxford, UK, who was not involved in the research. “It’s all very exciting stuff in terms of developing new malaria control strategies.”

Wolbachia are parasites or endosymbionts to many insect species, even some mosquitoes, and in certain cases can protect their hosts from infection...

Indeed, it was recently shown that establishing a Wolbachia infection in the dengue fever virus-carrying mosquito, Aedes aegypti, made the insects resistant to the virus. Such mosquitoes have now been released into the wild in field trials, and could potentially reduce the incidence of dengue virus infections in people.

Zhiyong Xi, director of the Sun Yat-sen University-Michigan State University Joint Center of Vector Control for Tropical Diseases in Guangdong, China, has now applied the same approach to establish Wolbachia infections in Anopheles stephensi mosquitoes, which are the major carriers of malaria-causing Plasmodium falciparum in South Asia and the Middle East.

Anopheles mosquitoes are not natural hosts to Wolbachia bacteria, but if a stable infection is established, there’s a good chance it would persist, said Xi, because “this bacteria is transmitted from mother to offspring.” Achieving such a stable, heritable infection, however, had been “for a long time the biggest challenge,” he said.

“Surprisingly enough for the scourge of humanity, [Anopheles mosquitoes] are rather difficult and temperamental and not particularly robust to work with in the lab,” explained Sinkins. “It’s also been a mater of identifying the right strain [of Wolbachia] that will be able to form inherited infections without being too harmful to the mosquito.”

But if anyone could get stable infection to work, Xi could, said Jason Rasgon, a professor of entomology at Penn State University, who was not involved in the work. “This is a major step. People have been trying to put Wolbachia into Anopheles for, I think, 25 years,” said Rasgon, “And I’m not surprised this lab was the first to do it. Zhiyong Xi and his team are probably the best people in the world at doing embryonic microinjections of mosquitoes”—the technique necessary for transferring the Wolbachia bacteria.

Despite the technical expertise, it wasn’t an easy task. From nearly 500 mosquito embryos that Xi’s team microinjected with Wolbachia, only six hatched. Four of those survived to adulthood, and only one infected female passed the bacteria to her progeny to produce a stable line of infected mosquitoes over many generations.

The infected mosquitoes were also not as reproductively fit at their uninfected counterparts—only half their eggs hatched successfully. However, they had an alternative advantage, Xi explained. Wolbachia-infected male mosquitoes are unable to successfully breed with uninfected females due to a phenomenon called cytoplasmic incompatability. The resulting preference for infected females helps eradicate uninfected individuals from the population. Indeed Xi’s infected mosquitoes could eradicate their uninfected counterparts after eight generations, so long as infected males were sufficiently abundant, the team found.

Importantly, when the Wolbachia-infected mosquitos were fed P. falciparum, the parasites’ development to the malaria-causing sporozoite stage was suppressed 3 to 4 fold compared to P. falciparum infections in wild type mosquitoes. Such a reduction in the wild would likely amount to complete resistance, the authors said.

This claim “needs to be tested,” however, said Rasgon. For the modified mosquitoes to help eradicate malaria in the field, he said, researchers “need to ensure that [the strategy] is going to block epidemiologically relevant levels of Plasmodium.” They also need to put Wolbachia into Anopheles gambiae, he added. Although Anopheles stephensi is an important vector in South Asia, he explained, “the main vector, if you really want to have a major effect on malaria infection, would be Anopheles gambiae, which is the African vector.”

But Anopheles gambiae is even more difficult to work with than Anopheles stephensi, explained Xi. “You probably need 5,000 [injections] to get one [stable line],” he said. He remains hopeful, though. “I think in the future we will be successful.” And in the meantime, he is working toward field trials with Anopheles stephensi in South Asia, he said.