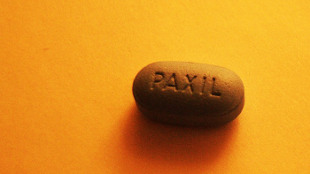 A commonly prescribed antidepressant exerts epigenetic effects that may provide a useful biomarker of whether the drug works in patients. A team led by researchers at the Max Planck Institute of Psychiatry in Germany identified a molecular pathway that results in altered DNA methylation in the presence of the selective serotonin reuptake inhibitor paroxetine. In an in vitro study published this week (November 24) in Science Signaling, the team presented a link between molecular stress signals and epigenetic activity, both of which have been previously implicated in depressive disorders.

“The authors identified one interesting mechanism of the effects of an antidepressant and really defined this pathway biochemically in an impressive way,” said Ted Abel, director of the Training Program in Behavioral and Cognitive Neuroscience at the University of Pennsylvania who was not involved in the new study.

“Depression is considered a stress-related disease and it...

The present study builds on previous work suggesting that the activity of a protein chaperone called FKBP51—which is known to regulate the glucocorticoid receptor implicated in stress responses—is necessary for the efficacy of the antidepressant paroxetine. The researchers have now provided evidence that this drug can reduce the activity of DNMT1, a DNA methyltransferase that globally adds methyl groups throughout the genome.

Studying animal and human cells in culture, Rein and his colleagues found that FKBP1 interacts with DNMT1, inhibiting the enzyme’s activity and dampening DNA methylation throughout the genome. The observation brings together two adaptive systems—epigenetic activity and stress pathways—that had not previously been shown to interact in models of depressive disorders.

“This work suggests that FKBP51 is an important gene in stress and depression,” said Yogesh Dwivedi, director of translational research at the University of Alabama at Birmingham’s Mood Disorder Program who was not involved with the work.

Adding paroxetine to mouse fibroblasts and primary astrocytes, the researchers observed decreased activity of DNMT1 that was FKBP51 dependent and increased expression of a gene, BDNF, that plays a role in the brain’s ability to cope with stress. (See “Stress Fractures,” The Scientist, January 2015.)

“This paper increases our knowledge about the integrated actions of steroid hormones, neurotrophic factors such as BDNF, and epigenetic mechanisms with an important example of a specific target for drug action,” Carla Nasca, a neuroendocrinology postdoc at Rockefeller University in New York City, wrote in an email to The Scientist.

Blood samples from healthy volunteers and people with major depressive disorder (MDD) also showed FKBP51 inhibiting the DNA methylation activity of DNMT1. Treating blood cells derived from 40 MDD patients with paroxetine, the researchers observed that those whose cells responded to the drug with a reduction in DMNT1 activity and higher BDNF expression showed better clinical responses to the antidepressant.

“[This study] shows there is a potential to predict patients’ responses to this class of antidepressants,” said Dwivedi, adding that further studies are needed.

For Rein, using DNMT1 activity or BDNF expression as a biomarker for treatment efficacy is just the first step. “I think we are on the way, but I don't think a single readout will be reliable as a test,” he said.

Patients taking antidepressants often only experience relief after several weeks of treatment, if ever at all. “What is most promising about this study,” said Abel, “is the potential biomarker to follow the biochemical response before waiting to see if the patients improve clinically.”

The authors are now probing whether other classes of antidepressants have a similar effect on DNMT1 activity. “It’s not clear whether what we observed here is a global phenomenon of all antidepressants,” said Rein. “If all antidepressants acted the same, then the potential biomarker would just predict responsiveness or not, but could not guide the clinician towards a particular medication,” he added.

Abel would like to know what effects, if any, these epigenetic alterations may have on behavior. What happens in the brain regions crucial for depression and the action of mood-altering drugs also remains to be explored. In an email to The Scientist, Joanne Ryan, a research fellow at the Murdoch Childrens Research Institute who studies psychiatric epigenetics, wrote: “The findings here are using human peripheral blood cells which are unlikely to reflect epigenetic mechanisms occurring in different brain regions.”