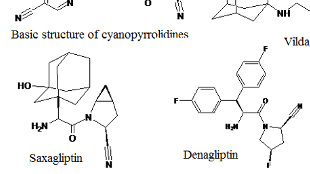 WIKIMEDIA, DONDLITwo classes of drugs used to treat type 2 diabetes can increase metastasis of human tumors implanted in mice, according to a study published today (April 13) in Science Translational Medicine. The ability of these two classes of compounds—hypoglycemic dipeptidyl peptidase–4 (DPP-4) inhibitors and antineuropathic α-lipoic acid (ALA)—to accelerate metastasis was due to activation of an antioxidant response pathway that prompted expression of metastasis-promoting proteins, scientists in China have shown. The team’s results add to a growing body of literature highlighting links between antioxidants and the spread of cancer.

“The most important finding is that some antidiabetic agents . . . promote the metastasis of existing cancers by activating [an antioxidant response],” wrote study coauthor Hongting Zheng of the Third Military Medical University in Chongqing, China.

“The data are compelling and the study is consistent with other studies that would argue antioxidant activity can be helpful for...

“What most surprised me are the similar effects on so many tumor cell lines [the authors studied],” said Martin Bergö, who studies the effects of antioxidants on the spread of melanoma and lung cancer at the Karolinska Institute in Sweden, but was not involved in the work.

In mice, these drugs resulted in greater dissemination of transplanted human liver and colon tumor cells as well as increased micrometastases compared to animals with the same tumors that received no antidiabetic drugs. Additional in vitro experiments suggested that the DPP-4 inhibitors’ effects on tumor cell migration were associated with the compounds’ abilities to reduce oxidative stress of cancer cells: the drugs reduced reactive oxygen species (ROS) and increased glutathione, an endogenous antioxidant. Adding a glutathione synthesis inhibitor to the cancer cells in addition to a DPP-4 inhibitor prevented the tumor cells from migrating, the researchers shows.

To understand how these compounds act on cellular oxidative stress pathways, the researchers zeroed in on the transcription factor nuclear factor E2–related factor 2 (NRF2), which they found to be activated by DPP-4 inhibitor treatment, both in cell culture and in mice. Five different DPP-4 inhibitors all activated NRF2 in vitro. When the researchers knocked down NRF2 in DPP-4 inhibitor–treated colon and a liver cancer cell lines, they saw a reduction in both tumor cell migration and in the expression of metastasis-associated proteins.

Another known NRF2 activator, ALA—used to treat diabetic neuropathy—had similar effects as the DPP-4 inhibitors studied, both in vitro and in vivo.

Previous studies have shown that NRF2 can be activated by oncogenes, allowing tumors to quench ROS that can impede their growth. Yet whether other drugs with antioxidant activity work by a similar mechanism, and whether cancer cells themselves also use other mechanisms to maintain an antioxidant state, are open questions, Schafer noted.

The next step is to study tumor metastasis in diabetic mice, which “will more adequately reflect the current clinical application of antidiabetic drugs,” Zheng wrote in an email.