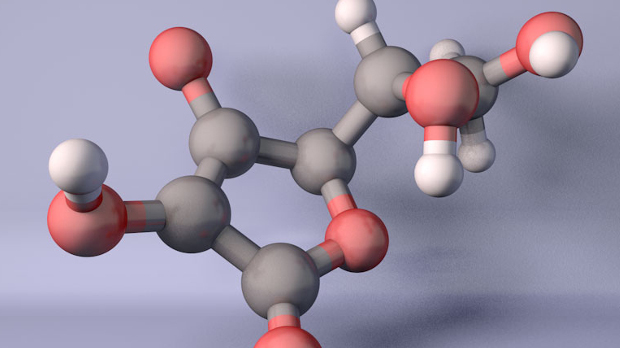 Vitamin C, an antioxidantC. BICKEL, SCIENCE TRANSLATIONAL MEDICINEAntioxidants decrease the levels of DNA-damaging, cancer-causing reactive oxygen species (ROS) that are formed during normal metabolism. Yet clinical trials that evaluated the health benefits of antioxidants like vitamin E and beta carotene have not found that these supplements can prevent cancer; some have even demonstrated an uptick in cancer risk associated with antioxidant supplementation.

A team of researchers at the University of Gothenburg in Sweden has now shown that mice with melanoma fed an antioxidant had double the number of lymph node metastases and more malignant disease compared to animals with the same cancer who were not given antioxidants. The results, published today (October 7) in Science Translational Medicine, provide further evidence that antioxidants are likely not beneficial to the health of those with melanoma and other tumors and could, in fact, be harmful.

“Metastasis is really the...

“This is a carefully designed, well-controlled, and beautifully executed study,” Dimitrios Anastasiou, who studies cancer metabolism at the U.K.’s Francis Crick Institute wrote in an email. “Antioxidants are easily accessible to the wider public . . . making them susceptible to potential misuse. These findings highlight the need for further robust studies that aim to clarify in which context antioxidants should be used or avoided.”

In January 2014, the Swedish group showed that antioxidants can accelerate the growth of primary lung tumors. For the present study, the researchers fed mice with early-stage malignant melanoma the antioxidant N-acetylcysteine (NAC). The researchers found that the sizes and number of primary melanoma tumors were the same between the control mice and the animals given antioxidants. But the latter group had twice as many lymph-node metastases “and when we looked inside the lymph nodes, those in the antioxidant-treated group contained more malignant cells,” said Bergo.

The team observed similar results working with cultured human melanoma cell lines. Adding either NAC or another antioxidant—a soluble vitamin E analog—to the culture didn’t affect the cells’ proliferation, but did increase their migration abilities and invasive properties. These properties were dependent on the production of glutathione, an antioxidant endogenous to cells.

Unlike the lung cancer study, which showed the antioxidants worked by reducing the activity of tumor suppressor p53, in the melanoma experiments, the antioxidants appeared to work by increasing the levels of reduced glutathione—which neutralizes ROS—and increasing levels of rhoA, an enzyme activated during cell migration and invasion. Combined, the results of both studies suggest that antioxidants can accelerate cancer progression through two apparently different mechanisms.

In an email, melanoma researcher Meenhard Herlyn of the Wistar Institute in Philadelphia noted that there’s more to learn about how antioxidants might affect people with melanoma. “Certainly the use of vitamin E and its analogs should be reconsidered if patients have already been diagnosed with a tumor,” he wrote.

While ROS can damage cells when present at high levels, they also help protect cells, including through the reversible oxidation of proteins, explained Anastasiou. “Various mechanisms exist to ensure that ROS levels are carefully balanced. Antioxidants may interfere with this balance, either within the tumor or its microenvironment, potentially disrupting regulatory pathways controlled by ROS,” he wrote in an email.

Bergo’s team will next test whether topical application of antioxidants—such as those found in lotions and sunscreens—have a similar effect on established melanoma tumors.

“Antioxidants can probably protect both healthy cells and tumor cells from free radicals,” said Bergo. “Free radicals can slow down tumor proliferation and metastasis and antioxidants can help tumors overcome those limitations.”

“The challenges will be to understand how generally applicable are these observations to other tumor types and to translate these findings into clinically useful dietary guidelines,” noted Anastasiou.