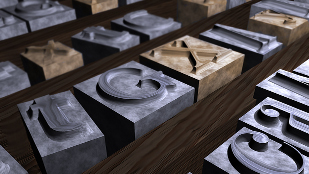 SYNTHORXLiving organisms have two sets of DNA base pairs—adenine paired with thymine and cytosine paired with guanine—that together encode the 20 amino acids used to make proteins in the cell. Now, scientists at The Scripps Research Institute (TSRI) in La Jolla, California, have introduced a synthetic base pair to Escherichia coli, greatly expanding the information DNA is able encode. DNA containing the novel base pair can replicate within the bacteria, according to a paper published today (May 7) in Nature. The work advances the goal of creating cells with synthetic DNA elements that can produce proteins made with an expanded set of amino acids.

“This is the first paper to show the possibility that living organisms can have really artificial DNA with [an] expanded genetic alphabet,” Ichiro Hirao, a synthetic biologist at the RIKEN Center for Life Science Technologies in Japan, wrote in an e-mail to...

“What we’ve done is successfully finally gotten a cell that stably harbors increased genetic information,” said study coauthor Floyd Romesberg, a synthetic biologist at TSRI. “What we want to do next, and what my lab is already working on, is . . . to retrieve that information.”

With the help of more than a dozen graduate students and postdocs, Romesberg spent the last 15 years synthesizing and testing 300 artificial nucleotides to determine which would make the most stable and replicable pair. Like natural nucleotides, the synthetic nucleotides each consist of a five-carbon sugar, a phosphate group, and a base. But unlike natural bases that allow nucleotides to pair through hydrogen bonds, the artificial bases sometimes rely on different chemistry. The researchers eventually settled on using artificial nucleotides that bind through hydrophobic interactions. The different chemistries between the natural and synthetic nucleotides prevent them from mispairing with one another. The researchers were able to incorporate an artificial base pair into DNA and to replicate the synthetic DNA in a test tube.

Nucleotides within DNA contain one phosphate group. But before being incorporated into replicating DNA, they must have two additional phosphates. These extra phosphates are removed as the nucleotide is added to the DNA, providing energy to power the reaction. At first the researchers thought that, within E. coli, all three phosphate groups might be added to a sugar and unnatural base, called a nucleoside. But after struggling to create nucleoside triphosphates within the cell, the researchers hit upon a new approach.

Certain intracellular bacteria and organelles within algae do not create their own nucleotides. Rather, they import key nucleoside triphosphates from their environments via membrane transport proteins. Romesberg and colleagues tested various triphosphate transporters and eventually found that one, from a plastid in a diatom, could import synthetic triphosphates into E. coli. They added a gene for the transporter to E. coli on a plasmid and optimized the cells’ food so that they would ingest the triphosphates.

Romesberg thought that multiple additional challenges remained, including getting the cell’s DNA polymerases to recognize and replicate the base pairs and preventing the cell’s DNA repair mechanisms from recognizing the novel nucleotides as aberrant. But, much to the team’s surprise, the unnatural plasmids immediately began to replicate.

“Once we had the triphosphates in the cell, then we really thought that our work would begin, but quite surprisingly it worked the first time,” Romesberg said.

The team has arranged “an extremely clever way to avoid the problem of engineering a metabolism to make [triphosphates],” said Steven Benner, a synthetic biologist at the Foundation for Applied Molecular Evolution in Gainesville, Florida, who was not involved in the study.

Romesberg and his colleagues are now working to get RNA polymerases to transcribe the novel DNA into mRNAs. Then they hope to engineer cells to transcribe tRNAs that will read novel codons and translate novel amino acid sequences into proteins. Romesberg suggested that synthetic biologists will eventually build proteins with both natural amino acids currently not used in proteins and amino acids synthesized in the lab. He added that Synthorx, a company created based on his work, and of which he was scientific founder, aims to ramp up the production of synthetic triphosphates.

Benner acknowledged that this work is an important step toward creating unnatural proteins within cells, which was considered a longshot by some.

“The fact that [Romesberg] used triphosphate import and managed to avoid the degradation of the triphosphates—this is an idea we wish we had ourselves,” Benner said.