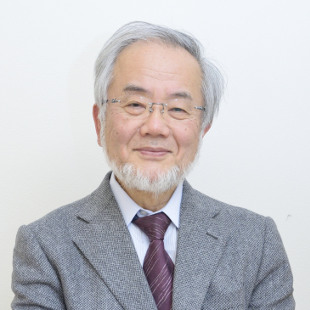 TOKYO INSTITUTE OF TECHNOLOGYYoshinori Ohsumi, an honorary professor at the Tokyo Institute of Technology, has won the 2016 Nobel Prize in Physiology or Medicine. Ohsumi is recognized for his discoveries on the mechanisms of autophagy, the process by which a cell recycles unnecessary components. “His discoveries opened the path to understanding the fundamental importance of autophagy in many physiological processes, such as in the adaptation to starvation or response to infection,” according to the Nobel Foundation’s announcement.

The prize “is a tremendous acknowledgement of this important pathway, which many people haven’t heard of, and it will highlight the importance of the pathway in human diseases [including] cancer and neurodegeneration,” Ohsumi’s friend, Sharon Tooze of the Francis Crick Institute in London, told The Scientist.

First identified as a survival pathway in yeast, dysregulation of autophagy is linked to everything from chemotherapy resistance to amyloid-β aggregation in Alzheimer’s...

Maho Hamasaki, an associate professor at Osaka University Graduate School of Medicine, told The Scientist that her former graduate advisor is well deserving of the award. “He just wants to do basic science, not for applications or to get money,” she said. “He’s just a pure scientist.”

Also in recognition of his achievements in autophagy-related research, Ohsumi won the 2015 International Prize for Biology, the 2012 Kyoto Prize in Basic Sciences, and a 2006 Japan Academy Prize, among other honors.

After earning a PhD from the University of Tokyo, Ohsumi completed postdoctoral research, first on mammalian embryology and then on DNA duplication in yeast in Gerald Edelman’s lab at Rockefeller University in New York City. Upon returning to Japan, he set up his own lab back at the University of Tokyo and began research on yeast vacuoles.

“I started out with a love of the microscope,” Ohsumi said in a 2012 interview. “Vacuoles are the only organelle visible under the light microscope, and I often observed them. My observations under the microscope were the main reason I was able to discover these hitherto unknown functions of vacuoles.”

Those unknown functions, he came to discover, were autophagy.

In a seminal experiment, Ohsumi disrupted degradation in the vacuole, observing autophagosomes piling up in the cell. According to the Nobel Prize press release, “the results were striking! . . . Ohsumi’s experiment proved that authophagy exists in yeast cells. But even more importantly, he now had a method to identify and characterize key genes involved this process.” (See “How Autophagy Works” and “The Enigmatic Membrane,” The Scientist, February 2012.)

Just last month, the New York Academy of Sciences honored Ohsumi with the Dr. Paul Janssen Award. Beth Levine, who studies autophagy at the University of Texas Southwestern Medical Center, said the autophagy community considered Ohsumi’s discoveries Nobel-worthy, even before he received honors for his work.

“He’s clearly made pioneering discoveries in elucidating the molecular machinery required for mediating this cell-biology process we call autophagy in yeast and defining the biochemical mechanisms,” Levine, who has collaborated with Ohsumi, told The Scientist. “I think it already has had a tremendous impact” on understanding human physiology and pathophysiology.

Eiichiro Fukusaki, who studies metabolomics at Osaka University in Japan and recently collaborated with Ohsumi, said his colleague truly enjoys doing science for discovery’s sake. “Autophagy is very much applicable to cancer mechanisms and other diseases, but Professor Ohsumi was not interested in such applications. He has stayed on basic biology.”

Outside the lab, “he’s crazily great,” said Hamasaki. “He’s so friendly, easygoing . . . a good drinker, a really fun person to be around. He can mingle with anybody, that’s the charm.”

Tooze echoed these sentiments, calling Ohsumi a “gentleman and an outstanding mentor.”

Update (October 3): This article has been updated to include comments from Beth Levine. 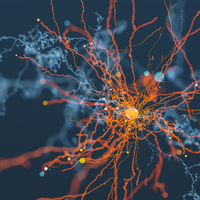