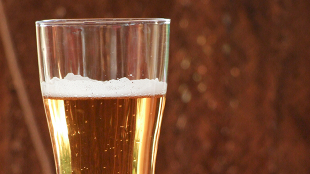 STOCK.XCHNG, DCUBILLASIt seems that beer’s flavor, not just its alcohol content, prompts us to keep drinking—and our risk of alcoholism may enhance this urge, according to new research published today (April 15) in Neuropsychopharmacology. Researchers found downing a swig of beer—too tiny to produce intoxication—prompted release of the neurotransmitter dopamine in the reward center of men’s brains, especially in men with close relatives who suffer from alcoholism. The research suggests that stronger dopamine responses to alcohol cues may be one mechanism underlying increased alcoholism risk.

“It’s a very nice finding that contributes to our understanding of how dopamine contributes to addictive urges,” said Kent Berridge, a neuroscientist at the University of Michigan who was not involved in the research. The brain chemistry of addiction and craving is still being untangled, but it’s long been known that dopamine is involved—though it’s not always clear how, said Berridge. In...

Both animal and human studies have shown that drug-related cues, independent of the intoxicating effect of the drug itself, stimulate activity in the brain’s reward centers, explained David Kareken, a neuroscientist at the Indiana Alcohol Research Center and Indiana University School of Medicine, who led the research. However, no one had looked at whether the taste of beer—a cue that can’t be avoided—stimulates humans to release dopamine, a key neurotransmitter used in the reward center.

In order to examine the dopamine response to beer flavor cues, Kareken and his team injected a radioactive drug that binds dopamine receptors in the reward center of the brain into the blood of 49 healthy male volunteers. Increases in dopamine release result in more dopamine binding the receptors, displacing the drug. The researchers then used a PET scan to follow the drug in the volunteers’ brains following the delivery of a small amount of either beer or Gatorade.

Unsurprisingly, when asked to rate their desire to drink beer, all men reported that the taste of beer stimulated the urge for more, while Gatorade did not increase their desire for alcohol. The taste of beer also prompted a release of dopamine in the ventral striatum, a brain region linked to reward. Men with first-degree alcoholic relatives, such as a parent or sibling, exhibited greater dopamine release than those with more distantly related alcoholics in the family, or no family history of alcoholism at all.

The study is the first time that the flavor of beer—rather than the accompanying intoxication—has been shown to stimulate dopamine release in humans, said Nina Urban, a psychiatric researcher at Columbia University who was not involved in the research, and the findings could provide clues to dopamine’s role in addiction. The findings support the growing hypothesis that rather than making the reward (in this case intoxication) more pleasurable, dopamine increases the drive to seek the reward—boosting the urge to keep drinking. Although it’s already known that flavors generally stimulate the reward center, it’s important to know that the taste of an often-abused drug can act to reinforce desire for it, said Urban.

The complicated role dopamine plays in addiction is demonstrated by studies showing that alcoholics have blunted dopamine responses in response to drugs, presumably making consumption less pleasant and raising the question of why an addict goes back for more, Urban explained. It would be interesting to perform the same experiment on detoxified alcoholics to see whether they too respond to beer flavor with a reinforcing, motivating dopamine boost, she said.

The higher dopamine release in men with greater risk of alcoholism hints that a reward system that is more likely to associate cues like flavor with beer’s intoxicating reward may influence drug seeking behavior, said Kareken. “The key challenge for the field overall is how predictive is this for the development of alcoholism per se.”