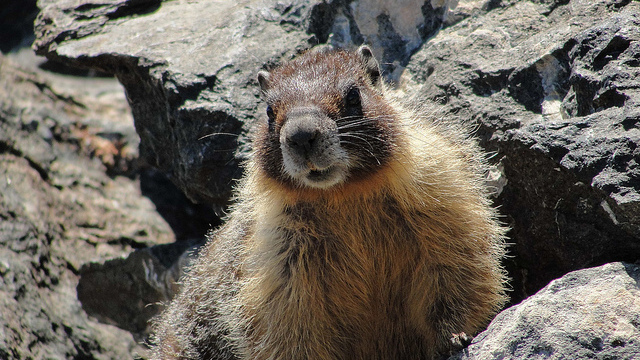 The evolutionary benefits of play are unclear, since it uses energy and may put animals in the way of predators or other threats. Play in yellow-bellied marmots has a social purpose, the authors of a recent Proceedings of the Royal Society B study argued: it helps the small mammals establish dominance hierarchies.

Yellow-bellied marmots play frequently in their first 2 years of life, and their play can be aggressive. Researchers watched marmots in Colorado near the Rocky Mountain Biological Laboratory and recorded more than 27,000 social interactions, noting incidents of play biting, chasing, and wrestling, as well as non-playful fights.

They tracked the marmots and found that the marmots’ rank during play correlated to their dominance status later in life. The authors hypothesize that play could be a safer way to establish hierarchies than more serious fighting, which could... 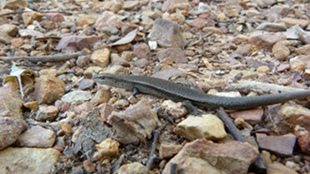 When they sense a threat, delicate skinks burst out of their eggs early and run away. The lizards, which lay their eggs between rocks, likely use this strategy to avoid being eaten in their shells.

Ecologists J. Sean Doody of the University of Tennessee, Knoxville, and Philip Paull of Monash University in Australia got their first clue into the skinks’ strategic hatching while trying to collect eggs to study, ScienceNOW reported. To their shock, when they picked up the eggs, the skinks spontaneously hatched in their hands.

In a study published in the March issue of the journal Copeia, Doody and Paull describe how the skinks bolt out of disturbed eggs and take cover. “It can be hard to see because it happens so quick," Doody told ScienceNOW. In lab experiments, he and Paull found that the skink eggs hatched an average of 3 days early when shaken compared to eggs that were undisturbed.

Some amphibians, fish, and invertebrates also have been shown to hatch early in the face of danger. “This is not just happening in delicate skinks,” Karen Warkentin, a biologist at Boston University who has demonstrated a similar process in frogs, told ScienceNOW. “I'm thinking that environmentally cued hatching is very widespread, in many groups.” 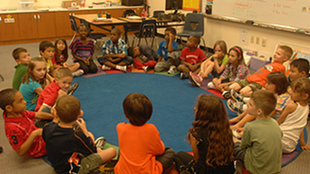 Toddlers are hypocritical when it comes to sharing. They know they should share and assert that others should share with them, but when it comes to actually splitting desirable possessions, they often balk, according to a study published last month (March 20) in PLOS ONE. By age 7 or 8, however, children are likely both endorse sharing and practice it themselves.

To test children’s willingness to share, researchers gave them scratch-and-sniff smiley face stickers of their favorite color and told them that these highly desirable objects belonged to them. They then told them that they had the option to share the stickers with another child who would be arriving later, and that they should put stickers they wanted to give away in an envelope.

Although children of all ages endorsed sharing, the 3- to 4-year-olds gave away less than one sticker on average. By age 5 to 6, they were giving away an average of around one sticker each, and by age 7 to 8, they gave away roughly half of their stickers.

Young children did not fail to share out of a belief that others wouldn’t share with them. Rather, when a second group of children was asked to predict how many stickers other children had put in envelopes for them, the children guessed that the other children had been generous.

When asked why they had made their choices and predictions, the older children were more likely to bring up fairness, while the young children tended to talk about their own desires for stickers. 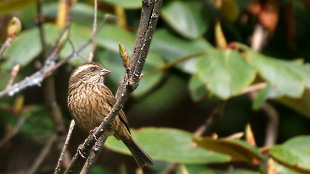 Birds can learn other avian species’ vocal alarm signals, according to a study published earlier this year (February 27) in Proceedings of the Royal Society B. The birds use their knowledge of each other’s calls to cooperatively “mob” predators—flying as a group toward an intruder in an attempt to drive it away.

The study’s authors investigated bird communication in three species-rich areas of the Western Himalayas, where calls vary greatly. They induced mobbing by placing taxidermied hawks and owls in the forest and recorded the birds’ calls. The researchers then played back the warning calls in the forest and recorded whether nearby birds responded. They found that birds heeded the calls of species that lived in the area, but not the calls of unfamiliar species, indicating that they had learned the calls of their neighbors.

Interestingly, the researchers found that birds were more likely to get help from members of other species than from their own species. Members of the same bird species are often territorial and nest at greater distances than birds of different species, making cross-species cooperation especially vital. 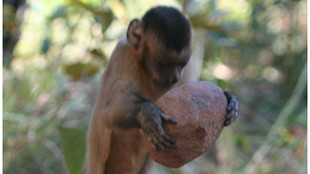 Bearded capuchin monkeys feed on nuts, bracing them in divots that they wear in boulders or logs through repeated use and striking them with stones. A study published in PLOS ONE earlier this year (February 27) demonstrates that the capuchins are skillful at positioning the nuts so they will not wobble or roll away, but that they rely on different sensory cues than humans do to complete the task.

The researchers filmed 10 monkeys cracking palm nuts in the Brazilian rainforest. The researchers provided the stone tools and nuts, and the wild monkeys voluntarily wandered over to use them. The nuts were irregularly shaped, with some orientations proving more stable than others. The monkeys determined how to place the nuts seemingly by knocking them against the divots in the rocks several times. The researchers hypothesized that the sound of the nuts and its vibrations tell the monkey when it is optimally oriented.

Humans, in contrast, are more likely to rely on visual evaluation for placing objects. Even blindfolded people seem to determine how to orient the nuts differently than the capuchins did, rotating them in their hands and feeling the hollow in the log before placing the nuts.

The paper’s authors say that the capuchins’ nut-knocking method may help them avoid predators—they don’t have time for lengthy visual evaluation, as they’re constantly scanning for danger, and they need to crack their nuts efficiently before they become another animal’s lunch.