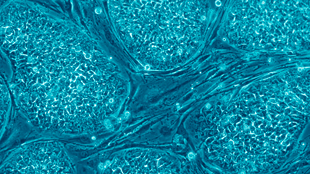 With talks underway, neither Geron nor BioTime would comment on the pending deal, although current Geron CEO John Scarlett said during a recent earnings call that the company is assessing a “complex” proposal. According to Okarma and West’s letter, the deal could involve $40 million of BioTime stock and a 45 percent ownership stake in a new publicly traded company that will own Geron’s assets.

Following the announcement, Geron put the word out that it was seeking partners for its stem cell program, but until now, there have been no takers. Jonathan Woolf, managing director of the British & American Investment Trust PLC, whose investments in Geron represents about 17 percent of the company’s portfolio, blames the lack of interest in part on the early termination of the hESC clinical trial. Geron should have maintained the program at least through the completion of the ongoing trial, Woolf argued in a letter he sent to the company last month (October 25), “so that potential investors could at least be presented with a completed trial with no adverse effects.” Completing the trial would have also saved the company $6.4 million it had to repay to the California Institute for Regenerative Medicine, which was funding the research, Woolf noted.

To make matters worse, Geron recently suffered setbacks in two clinical trials for the telomerase-based treatments the company has focused on since the termination of the stem cell business. In September, Geron ended a Phase II study in metastatic breast cancer early because more patients died in the arm taking a combination of its telomerase-based imetelstat and a chemotherapy than those taking the chemotherapy alone. A second Phase II trial for imetelstat in lung cancer patients has also not met its pre-specified criteria, although the analysis did reveal a “modest” improvement in progression-free survival.  Geron is conducting subgroup analyses now, and has not officially declared its failure, but it is unlikely that imetelstat will advance “directly” to Phase III in this  indication, Geron Chief Medical Officer Stephen Kelsey said.

The disappointing  results add to an already weak track record. Although it has been in business for over for 2 decades, Geron has not managed to get a Phase III trial into the clinic, analyst Robert Lawton said recently on his blog. Lawton predicts that by January 2013, Geron’s stock could double—if the BioTime sale is successful, or if the company has some more promising imetelstat results to present at the 2012 American Society of Hematology meeting coming up next month—or the company could be at risk of going out of business. “There is no in-between,” he wrote.

And for BioTime, the sale could boost their other hESC programs and help them take the lead in the hESC arena. Indeed, since Geron’s hESC work stopped, others’ efforts to commercialize hESC treatments have forged ahead.  This past January, for example, Advanced Cell Technology, announced preliminary data from two ongoing hESC trials for opthalmologic conditions indicating that the treatments were safe and showed signs of efficacy.  If a deal is made, West and Okarma wrote in their letter to shareholders, it could “put the dormant Geron stem cell assets back on track to speed the development and commercialization of innovative new products to treat degenerative diseases.”

Update (November 16, 2012): On Thursday (November 15), Geron announced a non-binding letter of intent with details of the impending BioTime deal, which according to the letter, would involve cash, common stock, and future royalties to Geron.