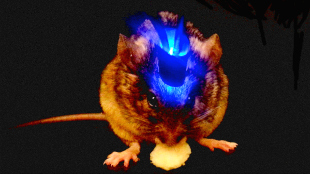 COURTESY JOSH JENNINGSThe lateral hypothalamus (LH) has for decades been known as a brain region involved in regulating eating. Researchers now describe in Science today (September 26) that activating a cluster of neurons, which reach into the hypothalamus from another region of the brain, turns on “voracious” feeding behavior in rodents. The authors propose that perhaps dysfunction of this circuit drives pathological eating habits in humans. “Both eating disorders and obesity have a neurological basis to them,” said Garret Stuber, lead author on the study and a neurophysiologist at the University of North Carolina, Chapel Hill. “What we would hypothesize is that neural circuit dysregulation in these areas could contribute to eating disorders and obesity.”

The way this brain circuit operates is “completely unexpected,” said Hans-Rudolf Berthoud, a neurobiologist who studies eating pathways at Pennington Biomedical Research Center and who was not involved in the study. Unlike...

Stuber's group focused on an area of the brain called the bed nucleus of the stria terminalis (BNST), which is known for its role in fear and anxiety. Neurons in the BNST project to a number of areas in the brain, but a sizable proportion head to the LH. So Stuber and his colleagues developed an optogenetic switch to turn on and off the BNST projections in the hypothalamus.

BNST neurons are inhibitory, meaning their activity turns off the LH neurons they connect with. When Stuber's group stimulated these inhibitory neurons—thereby shutting down LH cells on the receiving end—the mice began chowing down. “We saw if there's food available, as soon as the stimulation turned on, [the mice] immediately went to eat food, within a few seconds,” Stuber told The Scientist. “It was pretty remarkable in terms of how robust the behavior was.” Then, when the researchers turned off the stimulation, the well-fed animals stopped eating.

In another experiment, hungry animals were induced to avoid food by an optogenetic stimulation that halted the normal activity of BNST neurons. In other words, when the researchers blocked the activity of BNST neurons, the mice wouldn't eat. Further, the animals also would not eat when the researchers directly activated the LH cells. “It sort of changed our view on how things are working . . . because we showed that it's actually the inhibition of particular cells in the lateral hypothalamus that are promoting [feeding behavior],” said Stuber.

Previous studies from other groups had shown the opposite of what Stuber's team found: when other researchers activated the LH by exposing it to the neurotransmitter glutamate or by electrically stimulating the neurons, animals would start eating. However, B. Glenn Stanley, a professor at the University of California, Riverside who studies the brain mechanisms of eating behavior, said Stuber's team’s results are not necessarily in conflict with earlier findings. “To see an inconsistency would be an oversimplification,” said Stanley, who was not part of the current study.

It's possible that some areas of the LH stimulate feeding when they're activated, and others when they are inhibited, Berthoud added. “The lateral hypothalamus is really a big area,” he said, adding that the authors didn't describe precisely where those neurons turned off by the BNST reside.

Stuber said his group is going to focus on characterizing the cells in the circuit to see “what makes them special.” One appealing direction is to develop pharmacotherapies to tweak the activity of these cells and potentially change feeding behaviors long term, Stuber said.