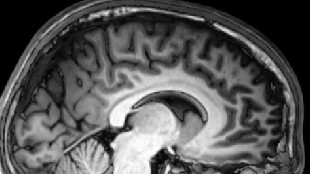 MRI image of the brainWIKIMEDIAThe authors of a June PNAS paper that purported to identify sets of genes associated with a specific brain function last week (August 29) retracted the work because of flaws in their statistical analyses. “We feel that the presented findings are not currently sufficiently robust to provide definitive support for the conclusions of our paper, and that an extensive reanalysis of the data is required,” the authors wrote in their retraction notice.

The now-retracted study identified a set of gene ontologies (GO) associated with a brain phenotype that has been previously shown to be disturbed in patients with schizophrenia. Andreas Meyer-Lindenberg, director of the Central Institute of Mental Health Mannheim, Germany, and his colleagues had healthy volunteers perform a working memory task known to require communication between the hippocampus and the prefrontal cortex while scanning their brains using functional magnetic resonance imaging (fMRI)....

The Scientist first learned of possible problems with this analysis when the paper was under embargo prior to publication. At that time, The Scientist contacted Paul Pavlidis, a professor of psychiatry at the University of British Columbia who was not connected to the work, for comment on the paper. He pointed out a potential methodological flaw that could invalidate its conclusions. After considering the authors’ analyses, Pavlidis reached out to Meyer-Lindenberg’s team to discuss the statistical issues he perceived.

The original analysis flagged a set of 11 genes in close proximity to one another within the genome using the same single nucleotide polymorphism (SNP), inflating the significance of the results. “The researchers found a variant near a genomic region that they say is correlated with the [working memory] task,” explained Pavlidis. “But instead of counting that variant once, that variant was counted 11 times.”

“When we re-analyzed the data, we saw that we had to retract because addressing the problem went beyond just an erratum,” Meyer-Lindenberg told The Scientist. “The analysis could not be used to make any conclusions with the required statistical confidence.”

Elizabeth Thomas, ­who studies the molecular mechanisms of neurological disorders at The Scripps Research Institute in La Jolla, California, and was not involved in the work noted that the GO annotations used in the study were outdated. “GOs change every few months, and it’s unfortunate for researchers that rely on a certain set of annotations. It makes you wonder whether the papers published in the past five to 10 years are still relevant,” said Thomas. “This retraction raises the issue of how many papers may have falsely reported gene associations because of the constantly evolving changes in gene assemblies and boundaries. That’s really alarming to me.”

According to Meyer-Lindenberg, the researchers are re-evaluating their data using a different set of criteria and several updated sets of GO annotations.

In the meantime, however, Pavlidis lauded the researchers’ swift decision to retract. “What the authors did was the right thing,” he said.