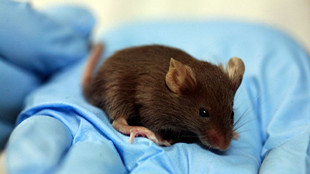 WIKIMEDIA, RAMAInflammation in the hypothalamus may underlie aging of the entire body, according to a study published today (May 1) in Nature. Over-activation of the inflammatory protein nuclear factor κB (NF-κB) in the brain region leads to a number of aging-related changes in mice, from cognitive decline to muscle weakness. Unexpectedly, this process promotes aging at least in part by suppressing gonadotropin-releasing hormone (GnRH), which stimulates adult neurogenesis.

“I think it’s pretty exciting,” said Brian Kennedy, CEO of the Buck Institute for Research on Aging in California, who was not involved in the study. “It’s one of the first studies to modulate inflammatory pathways [to] show effects on longevity.”

“The hypothalamus has been one of our focuses for many years,” said Dongsheng Cai, one of the paper’s authors and medical scientist at the Albert Einstein College of Medicine. “It is tiny, but it is a very crucial structure...

NF-κB is transcription factor that, among other functions, turns on genes involved in inflammation and immune response, and can be activated in the presence of pro-inflammatory cytokines. The researchers measured NF-κB activation in mouse brains as they aged and noted that, while the protein was barely active in the hypothalamuses of young mice, it became increasingly active as the mice got older.

To further probe NF-κB’s effects on aging, the researchers then either inhibited or constitutively activated the protein in mouse hypothalamic tissues by manipulating the upstream activator IKK-β.  The mice with activated NF-κB showed deficits in cognition and muscle endurance, thinning skin, loss of bone mass, deterioration of cartilage in their tails, and early death.

“Many different aspects of aging are being slowed together,” said Richard Miller, a biogerontologist at the University of Michigan who did also not participate in the research. “That means that whatever they’re working on is somehow slowing that basic aging process itself.”

The scientists also discovered that NF-κB and IKK-β inhibit expression of GnRH, a hormone produced in the hypothalamus that is usually associated with controlling the reproductive cycle. When the researchers added GnRH to the hypothalamuses of old mice, they saw that it promoted adult neurogenesis. When they injected mice with GnRH, the mice showed reduced signs of aging.

Kennedy said that researchers had previously suspected the hypothalamus might help control aging and that inflammation had been studied as a cause of aging in peripheral tissues. However, he was surprised to see the two hypotheses brought together. “In terms of humans, it suggests a new way that you could think of modulating aging pathways,” he said. For instance, treating the brain with anti-inflammatory compounds could potentially slow age-related degeneration.

One of the biggest remaining mysteries is the mechanism of GnRH’s anti-aging properties. Cai suggested that they could be a result of the hormone’s ability to stimulate neurogenesis throughout the brain, which could have cascading benefits throughout the body. He is interested to learn if NF-κB has targets other than GnRH that could also influence aging, and is excited about developing anti-aging treatments. But, he said, “it will take some time to develop practical approaches for human beings.”

Miller said that he had no doubt that other scientists will also jump in to study the pathway. “This earns a spot in the top 10 or 15 leads that should earn a lot of attention,” he said.