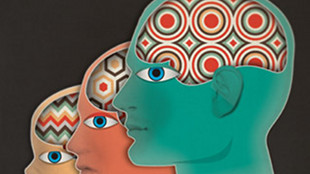 SCOT NICHOLLSResearchers have made an extensive map of several types of methylation in the brains of mice and humans. The work, described in Science today (July 4), shows that epigenetic modification varies greatly over the course of development but is remarkably consistent between individuals and between mice and humans.

“This is the very first full-scale profiling into DNA methylation in the developing brain,” said Paolo Sassone-Corsi, a molecular biologist at the University of California, Irvine, who was not involved in the research. “It basically is a wealth of amazing information for a large number of researchers.”

Study author Margarita Behrens, a neuroscientist at the Salk Institute in San Diego, said she started the project because she wanted to understand the role of epigenetic changes in the brain as mental illnesses took hold in humans. She chose to look at DNA methylation—a process in which methyl groups are added to...

Using whole genome bisulfite sequencing to map methylation of cytosine nucleotides in the frontal cortices of mice, she and colleagues noticed something unusual. Most methylation in adult mammals happens where cytosine and guanine nucleotides sit next to each other on a DNA molecule. This common type of modification is called CG methylation.

Cytosine can also be methylated in locations where it sits next to another nucleotide, but in most regions of the body this non-CG methylation has seldom been observed in differentiated cells. Behrens’s infant mice lacked non-CG methylation in their frontal cortices, but it rapidly accumulated as they aged and their brains developed. “When we found it in the brain we said, ‘What is this doing there?’” Behrens recalled.

Now that she’s mapped the frontal cortex, Behrens hopes to go back to her original goal of understanding mental disease, using her map as a reference.

“It gives us a landscape of the normal pattern of development,” said Mukamel. “It will be interesting for people who want to look at disruptions that occur in psychiatric illness, learning, and memory.”