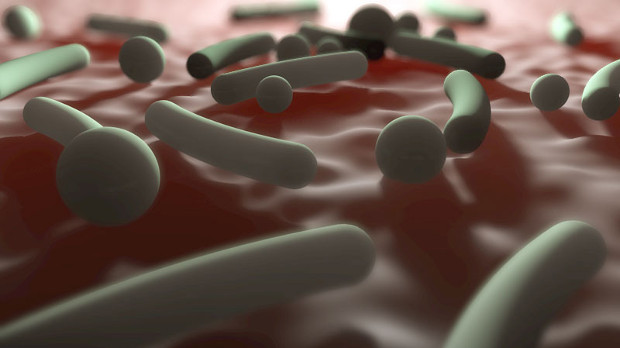 “The key message is that some antibiotics that we routinely use for transplant patients . . . can really amplify the principal nemesis, which is graft-versus-host disease,” said James Ferrara of Mount Sinai Hospital in New York City who was not involved in the study. “This article starts to illuminate . . . which antibiotics are most harmful and why.”

If a person’s immune system is impaired because of, say, leukemia or other blood cancers, it’s possible they will require an infusion of donor blood stem cells—known as an allogeneic hematopoietic stem cell transplantation...

The problem is, “we have chosen the antibiotics largely based on how many different kinds of bacteria they might protect against—so the broader the coverage the better,” Ferrara said. But it is now clear that “this protection comes at a price.”

Recent studies have indicated that a person’s gut microbiome can affect the severity of GVHD, which manifests shortly after transplantation when donor immune cell numbers begin to expand and attack the host. Jenq and colleagues therefore wondered whether the antibiotics used to protect patients at the peri-transplantation stage could have longer-term consequences.

The team retrospectively examined data on 857 allo-HSCT patients, finding that those individuals who had been treated with piperacillin-tazobactam, or imipenem-cilastatin—two antibiotics that kill a broad spectrum of bacterial species—were more likely to have later died from GVHD-related causes. The use of other antibiotics, such as cefepime and aztreonam, on the other hand, were not associated with increased GVHD-related mortality.

This association alone “is interesting,” said stem cell transplantation specialist Amin Alousi of the MD Anderson Cancer Center in Houston, Texas, “but what really is very impressive is that the researchers didn’t stop there. They took it back to the lab and studied this in mice.”

Jenq and colleagues showed that in a mouse model of allo-HSCT, treatment with piperacillin-tazobactam or imipenem-cilastatin increased GVHD-related mortality considerably over that seen in cefepime- or aztreonam-treated animals.

In the colons of mice treated with imipenem-cilastatin, the team observed increased numbers of proinflammatory effector T cells, increased production of the inflammatory cytokine IL-23, and increased destruction of the intestinal mucus lining due to an overgrowth of Akkermansia muciniphila bacteria. Together, these effects may worsen inflammation generally, the authors proposed, thus exacerbating GVHD.

No matter the mechanism, the authors “report a new interaction of antibiotics with our microbiome and immune system that was not realized before,” said allogenic transplantation expert Ernst Holler of University Hospital Regensburg in Germany who was not involved in the study. To examine the potential benefits of a modified “microbiota-sparing antibiotic” regimen for allo-HSCT patients, he added, “the next step would be a randomized trial.”