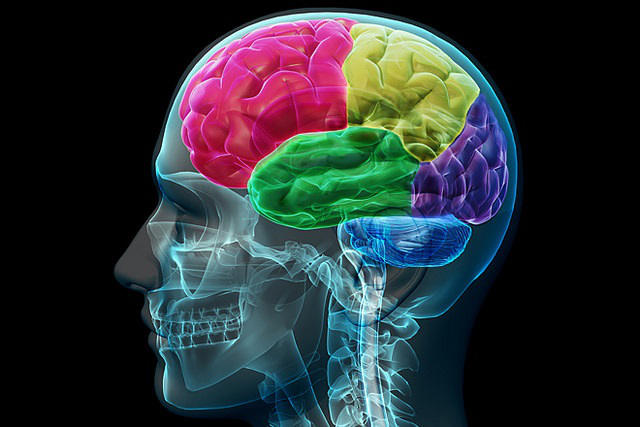 FLICKR, ALLAN AJIFOExamining the brains of recently deceased patients who more than 30 years ago received injections of growth hormone derived from the pituitary glands of cadavers, researchers have found evidence that Alzheimer’s disease (AD) may be transmissible via extracts contaminated with amyloid-β. While none of the patients exhibited signs of dementia before their deaths, most had moderate to severe accumulation of amyloid-β in their brains. The results are published today (September 9) in Nature.

“It’s the first in-human indication of potential transmission of amyloid-β pathology,” said Claudio Soto of the University of Texas Health Science Center in Houston who was not involved in the study.

The results are “extremely provocative,” said neurologist and neuroscientist Costantino Iadecola, director of the Feil Family Brain and Mind Research Institute at Weill Cornell Medical College who also was not involved in the study. “The implications . . . are really...

Before a synthetic growth hormone was created in 1985, patients with growth deficiencies were often treated with growth hormone extracted from homogenized human pituitary glands collected from cadavers. Later, researchers discovered that this therapy increased patients’ risk of developing Creutzfeldt-Jakob disease (CJD), a neurodegenerative disorder caused by the misfolding of proteins called prions. Because the prion proteins themselves are infectious agents, contaminated batches of cadaver-derived growth hormone can spur CJD pathology in recipients’ brains.

To test the possibility that AD can be transmitted in a similar way—a controversial idea hinted at by animals studies conducted in the last few years—John Collinge of University College London’s Institute of Neurology and his colleagues examined the brains of eight deceased CJD patients who’d received cadaver-derived growth hormone treatments as children. “What we find, very much to our surprise, is that, of these eight patients, four of them had quite significant and quite severe deposition of Alzheimer’s amyloid protein in their brain,” Collinge said. Three more had less substantial AD-like pathology, he added; only one patient was completely free of amyloid-β.

While amyloid-β is not uncommon among the elderly, the patients examined in this study were only 36 to 51 years old when they died, and none had mutations that would predispose them to early-onset AD. “That age group you usually don’t see this pathology,” Collinge said. “We think the most likely explanation is that the growth-hormone preparations with which these people were treated as children, in addition to being contaminated with prion proteins, were also contaminated with amyloid-β seeds.”

“There is very strong evidence coming from transgenic mice experiments that these things can happen in experimental models,” Soto said, noting that his group and others have induced amyloid-β deposition in mice by injecting brain extracts from an AD patient. “The big question in the field was can this happen in humans. I think this is the first study where something like this may be happening in real life.”

Not everyone is convinced that the data point to the transmissibility of AD, however. While the interpretation is “tantalizing,” the results are far from definitive, said the University of Pennsylvania’s John Trojanowski. “This is such a small study with so many confounds that I am surprised it appears in Nature as it does not provide a clear and resounding answer on the question of human-to-human spread of pathological amyloid-β.”

The study’s small sample size is one concern. “You’re talking about a handful of patients; you don’t know what else was going on in those patients,” said Iadecola. And while it is atypical to see amyloid-β pathology in people this young, it is not unheard of, Trojanowski added.

Yale Medical School’s Laura Manuelidis, who was not involved in the research, agreed that the results should be interpreted with caution. “Since classic pre-senile AD . . . is often evident in people aged 50–60, the few cases reported here does not mean that AD is infectious,” she wrote in an email to The Scientist. “The warning that AD amyloid . . . is infectious is not warranted.”

One alternative explanation for the results is that the prion aggregates that cause CJD spurred the formation of amyloid-β plaques, a phenomenon called cross-seeding that has been shown in transgenic mice for aggregates of tau and α-synuclein. But when Collinge and his colleagues looked at the brains of patients who’d died of CJD but had not received cadaver-derived growth hormone treatments, they found no evidence of amyloid-β accumulation in similarly aged individuals. Moreover, the prion aggregates and amyloid-β accumulation occurred in different parts of the patients’ brains, Collinge noted.

Yet another possibility is that the development of CJD in these patients may have hindered the brain’s clearance mechanisms, so the organs were unable to remove amyloid-β plaques as they formed, Soto said. Still, he believes that this study does point to the possible transmissibility of Alzheimer’s pathology. “To me it’s the most likely interpretation of the results,” he said. “They make a good case that what they’re seeing is really some form of transmission from human to human.”

“There certainly is no evidence out there that this treatment can cause Alzheimer’s disease, per se, but I do think it’s convincing that the treatments induce amyloid-β deposition,” said Lary Walker, a neuroscientist at the Yerkes National Primate Research Center and Emory University in Atlanta, Georgia, who wrote an accompanying perspective in Nature but was not involved in the work. “Whether this was a precursor of the eventual development of Alzheimer’s, we just can’t know at this point.”