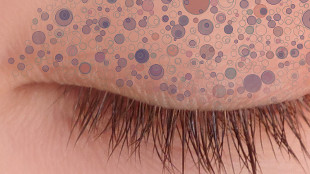 Normal skin, which is often exposed to ultraviolet (UV) light throughout a person’s life, contains many potential disease-causing mutations clustered within a narrow range of at least six cancer-associated genes, according to an analysis published today (May 21) in Science. Researchers from the Wellcome Trust Sanger Institute in the U.K. and their colleagues examined samples of cancer-free eyelid skin, finding hundreds of clonal populations—which arise from these cells in normal tissue—peppered throughout.

“What is remarkable is the number of clones in a small skin sample that have cancer-linked mutations,” said Kenneth Tsai, who studies skin cancer development at the MD Anderson Cancer Center in Houston, Texas, but was not involved in the work.

The study provides an initial glimpse of the mutational burden accumulated in normal tissue exposed to a known carcinogen—UV light. “It...

“This is a more important paper than it appears at first glance,” said Douglas Brash, a Yale biophysicist who penned an accompanying editorial. One lesson from this work, said Brash, is that mutations in the skin are organized within clones from a single mutant cell, and that the genes that confer a growth advantage are those that control stem cell fate.

Addressing how somatic mutations may accumulate in normal tissue, the team, led by Campbell and Philip Jones of the University of Cambridge’s Medical Research Center Cancer Unit, sampled 234 biopsies from sun-exposed dermal layers of eyelids. The samples came from four healthy individuals between the ages of 55 and 73 who had parts of their eyelids removed during plastic surgery.

Using a technique that can capture even rare mutations, the team sequenced the exons of 74 genes that linked to skin and other cancers, as well as the full genome of one biopsy sample. The researchers chose to sample skin cells partly because there was prior evidence that normal skin contains clones of cells with mutations in the tumor suppressor gene p53.

“It’s a nice exposé of the spatial distribution of mutations in clinically normal skin, quantifying the number of mutations present and showing, for the first time in a comprehensive way, that cancer genes are mutated in normal skin that has been chronically sun exposed,” said Tsai.

The researchers found a high mutational burden—about five mutations per megabase—similar to that of some cancers. There were around 140 positively selected driver mutations in the six focus genes per centimeter squared—“a pretty spectacular burden” and “more than we expected to see,” said Campbell.

The mutations were consistent with those observed in UV-exposed cells, as well as in cutaneous squamous cell carcinoma, a type of skin cancer. Just six of the 74 genes had mutations that resulted in growth advantage. NOTCH1, which is involved in stem cell regulation, was the gene most frequently mutated in the samples examined. Cell clones with mutations in FGFR3—typically found in benign skin growths called seborrheic keratosis, but not in skin cancers—produced the largest clones observed. “This suggests that a gene can create a massive clone and inhibit the subsequent evolution of that clone into cancer,” said Jones.

According to Greaves, there are at least two potential explanations for this modest growth advantage of cancer driver mutant-containing clones. “Presumably, you need more [driver] mutations to get a vigorous clone that will turn cancerous,” he said. “Another explanation is that the type of cell that acquires these mutations is critical.” Because the epidermis is constantly being turned over, only longer-lasting stem or progenitor cells are poised to turn cancerous.

The results also raise questions on the effect of age on the mutational burden of skin cells, including why cancer driver mutations might accumulate—or even accelerate—with age.

Among other things, Jones said the team will next compare samples of skin obtained from individuals who have experienced high versus low UV light exposure.

“It seems we are well defended against these frequent mutations progressing to skin cancer and the odds of a clone turning into a tumor are low. So the most interesting question for future research is what is it that stops these growth-advantaged clones from transforming [into cancer]?” said Jones.