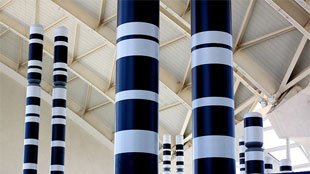 Chromosome sculpturesFLICKR, BITMASKThe largest genetic association study in cancer thus far has unveiled dozens of previously unknown genetic regions that affect the risk of breast, prostate, and ovarian cancer. These discoveries provide fresh clues about the biology of these cancers, as well as pave the way to more accurate assessments of individual risk. The results are described in 13 papers, published today in Nature Genetics and several other journals.

Although it is clear that these hormone-related cancers have a strong genetic component, the variants identified in previous studies only account for a small proportion of this inherited susceptibility. To uncover more regions, an international team of scientists formed the Collaborative Oncological Gene-environment Study (COGS). They pooled the results from earlier studies to create a single chip called iCOGS, which they used to assess 211,000 single nucleotide polymorphisms (SNPs) of interest in the genomes of more than 200,000 people....

“It’s an amazing achievement to come out with so many new hits on SNPs,” said Gareth Evans, a geneticist from the University of Manchester who was not involved in the study. “We’re starting to put together a fuller picture of the inherited component of these cancers.”

Individually, most of the new variant have a small effect but collectively, their influence can be substantial. For example, following the new results, people whose genes put them in the top percent of the population in terms of prostate cancer risk are five times more likely to develop the disease than the average person. This would increase their lifetime risk from around 1 in 9 to just under 1 in 2.

The new discoveries will allow researchers to more accurately predicting an individual’s risk of developing any of these three cancers. This may be useful for offering people with tailored advice on reducing their risk, or stratifying them for screening. Although breast and prostate screening could potentially save lives by detecting cancers at an earlier stage, they also detect tumors that would never have required treatment and can lead to unnecessary medical procedures. “Screening certainly has its disadvantages, and would be more effective if it were targeted at people who would benefit the most,” said Easton.

The sheer size of the COGS collaboration also allowed the team to look for variants that are linked to specific subtypes of the three cancers. For example, they found four SNPs that are associated with estrogen-receptor-negative breast cancers, and 16 that are associated with aggressive prostate cancers. Until now, all known prostate cancer variants were exclusively linked to the less aggressive forms of the disease.

The results also provide new clues as to the origins of the three cancers. For example, many of the prostate cancer SNPs lie near genes that are involved in helping cells stick together—a pathway that prostate cancer researchers have not traditionally focused on. “Most of the biological understanding is still to play for,” said Easton, “but we’re getting patterns that we need to get our teeth into.”

Despite the fact that more than 149 SNPs have now been linked to these diseases, much of the inherited risk of breast, ovarian, and prostate cancers is still unexplained, and the team estimates that for breast cancer alone, there are probably a thousand more regions that contribute to inherited risk. To hunt for more of these, the COGS researchers are already developing an even larger chip called the OncoChip that will look for variants underlying the same three cancers, along with bowel and lung cancers. But Easton added, “Ultimately, for these common variants, we’ll be defeated by the size of the study we need.”

The alternatives include using our biological understanding of each cancer to home in on areas of the genome more likely to harbor relevant variants, or to use whole-genome sequencing to detect rare variants that have a large or moderate impact on cancer risk. 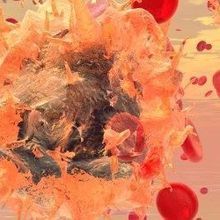