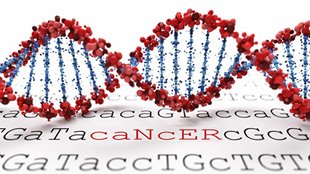 SONYA PARPART-LIIt is increasingly common practice for researchers to scan DNA sequence data from tumor biopsies of cancer patients—the idea being that the presence of mutations might inform tailored treatments or prognoses. It is not common, however, to sequence these patients’ normal DNA, which, according the authors of a study published today (April 15) in Science Translational Medicine, is a serious omission.

“This paper really emphasizes how important it is to compare an individual patient’s tumor [DNA] to that individual patient’s [normal sequence],” said oncologist George Demetri of Harvard Medical School and the Dana-Farber Cancer Institute who was not involved in the study. “It’s not as simple as getting a part of the tumor, genotyping it, and thinking you have the answer.”

“One of the most basic aspects of any scientific approach is to have an analysis and a very good control,” said Victor Velculescu of Johns Hopkins...

Velculescu explained that, historically speaking, there was perhaps good reason for analyzing only the tumor: the diagnostic labs that began genotyping tumors “looked at specific hotspots in only a few genes that were commonly mutated [in cancer], but that were rarely altered in the germline”—one’s normal inherited DNA. This meant “you could get away with doing just the [tumor],” he said. However, the panel of possible genes to analyze has grown, and some analyses include the whole exome—the full complement of coding sequences. In those cases, “if you do just the tumor sample . . . you really just get a lot of inaccurate information,” said Velculescu, who cofounded a company, Personal Genome Diagnostics, which offers tumor and normal DNA comparisons.

Analyzing tumor and normal tissue DNA from 815 patients with a variety of different cancers, he and his colleagues found that most of the mutations one finds in a tumor are not tumor-specific. When the researchers analyzed DNA from the tumors alone, they found on average 382 candidate tumor-specific mutations per patient. If they compared these tumor-derived sequences to those of the patients’ normal tissue, however, only a third turned out to be tumor-specific. The remaining two thirds were already present in the patient’s normal DNA.

The reason for such abundant sequence variation is simply that human DNA sequences, “as one might expect from the diversity of humanity, is a lot more complicated than we thought when the human genome was first decoded,” said Demetri.

“People don’t realize how many rare germline variants are out there . . . that make us all different  and unique with our own characteristics,” added Velculescu.

While some of the sequence variants found in a patient’s normal DNA could contribute to the cancer, “in the majority of cases, if a mutation is present in the germline, it should indicate that the mutation in the tumor is incidental and not linked to tumor formation,” wrote Daniel Haber of Massachusetts General Hospital in an e-mail to The Scientist.

By analyzing patients’ normal DNA sequences, it would be possible to not only rule out these harmless germline variants, but also to detect germline mutations that are known to increase cancer risk, Velculescu and his colleagues have shown. The team found, for example, that 27 of the 815 patients (3 percent) carried in their normal DNA high-risk mutations in known cancer-associated genes. Further, in all but one of these patients, the germline mutations had not been previously detected.

Performing the additional normal-tissue DNA analysis on a routine basis would certainly be more costly than analyzing the tumor DNA alone. But it’s worth the expense, said Velculescu. “There’s a lot of excitement these days about personalized medicine,” he said, “but obviously you can’t have precision medicine without having precision genomics. You can’t expect doctors to provide the right therapies if they don’t have the right results from these diagnostic assays.”

Editor’s Note (April 17): This article has been updated to clarify Velculescu’s role as a cofounder of Personal Genome Diagnostics.